The views and opinions expressed within these insights are those of the authors and do not necessarily reflect the official policy or position of Doughty Street Chambers.
All Posts Subscribe
December 15, 2021 | 5 minutes read

The COVID-19 Inquiry: Witnesses and Evidence

Once the Inquiry is up and running with core staff it will begin the process of gathering evidence. The Inquiry team will send requests for written statements and/ or documents to those individuals or organisations it wishes to hear from. This is done pursuant to Rule 9 of the Inquiry Rules 2006.

One of the crucial distinguishing features of a statutory inquiry like the COVID-19 Inquiry is that unlike a non-statutory inquiry, it has the power to compel witnesses to produce evidence under section 21 of the Inquiries Act 2005.

A witness may be compelled to attend to give evidence or provide a witness statement and to produce documents by an identified date. Typically, the Inquiry will only issue a “Section 21 Notice” if the relevant person or organisation is refusing to cooperate or has invited the Inquiry to issue a notice compelling them to provide material.

It is a criminal offence to fail to comply with such a request without a reasonable excuse (section 35 of the Inquiries Act 2005).

Right to refuse to disclose documents

The caveat to this is that under section 22 of the Inquiries Act, a person may not be required to produce information which is legally privileged, might incriminate them or their spouse or civil partner or is covered by parliamentary privilege.

Evidence or documents may also be withheld on grounds of public interest immunity.

A number of witnesses have already given evidence on the government response to Covid-19 before Parliamentary Select Committees. It is likely that parliamentary privilege will be relevant to some of the matters such witnesses may be asked about.  Parliamentary privilege is a legal immunity enjoyed by parliamentarians and those called before Parliamentary committees which gives protection against civil or criminal liability for actions done or statements made in the course of their legislative duties. Proceedings before Select Committees and the reports then prepared are covered by such privilege.

The Inquiry is explicitly precluded from ruling on or making a determination as to a person’s civil or criminal liability (see further section 2(1) of the Inquiries Act 2005).  However, section 2(2) of the Inquiries Act 2005 makes clear that an inquiry must not “be inhibited” from making necessary findings if it is likely that liability may be inferred from those findings.

Parallel criminal and civil proceedings could be considered against individuals and institutional organisations in relation to issues the Inquiry will consider.  Several previous inquiries have had associated prosecutions (see, for example, the prosecutions arising from the inquiry into the Mid Staffordshire NHS Foundation Trust). Potential offences relating to Covid deaths which could be investigated include corporate or gross negligence manslaughter or health and safety offences.

Although potential offences are also subject to statutory exemptions (not addressed in this article), meaning prosecution might not follow the Covid-19 Public Inquiry,  some of the likely core participants or witnesses could be at most risk and might therefore be reluctant to provide evidence for fear of personal consequences in parallel litigation. A person or organisation can ask the Inquiry to obtain an undertaking from relevant bodies to protect that person or organisation from self-incrimination. Several public inquiries have successfully requested such undertakings from the Attorney General not to use evidence provided by a person or class of persons for the purposes of criminal proceedings.   This does not mean the person could not be prosecuted in light of evidence given by others to the (same) Inquiry.

The range of potential witnesses in the COVID-19 Inquiry is likely to be substantial. There will already be a large number of public, commercial and third-sector bodies who are anticipating that they may be called upon to provide evidence to the Inquiry. If the Inquiry is subdivided into different investigations, some witnesses (or organisations) may be required to give evidence on multiple occasions, across different investigation strands.

There are two main categories of witnesses: witnesses of fact and expert witnesses. Witnesses of fact can give evidence about their experience or direct knowledge of events that took place. Many witnesses of fact are institutional witnesses who will speak on behalf of an entire organisation, such as the NHS or the police. They are also likely to be core participants.

An expert witness, on the other hand, is someone called to give an opinion on matters which call for expert skill and knowledge. Their role is to provide technical analysis and expertise, which will assist the Inquiry in delivering its Terms of Reference, including in recommendations for the future.

The procedure and conduct of an inquiry are for the Chair of the Inquiry to direct.   All decisions are subject to a duty upon the Chair to act with fairness and to avoid unnecessary cost. (See, s.17 of the Inquiries Act 2005). This means, the Covid-19 Inquiry is free to adopt its own rules.

The procedure is inquisitorial rather than adversarial. In particular, it will be for the Chair, not participants’ recognised legal representatives, to decide which questions are put to witnesses. As discussed in our article on Core Participants, Counsel to the Inquiry will usually question the witnesses although core participants can suggest lines of questioning and in some instances apply for permission to ask a question directly of the witness.

Disclosure of evidence produced before the Inquiry

The Chair must take reasonable steps to ensure that members of the public are able to attend the Inquiry or follow the proceedings, and to view a record of evidence relied on by the Inquiry (section 18 of the Inquiries Act 2005). This is vital to ensuring public confidence in the process.

In the normal course of events, a witness called to give evidence at open hearings will be expected to provide their evidence in public, in full view of those attending the hearing or screening venue. However, witnesses can request special measures to protect their identity.

Restrictions may however be imposed on attendance at an inquiry, and on disclosure or publication of any evidence or documents given, produced or provided to an inquiry if justified by reference to the criteria in section 19 of the Inquiries Act 2005.

In case you missed it: Catch up with the third article in this series 'Core participants to the COVID-19 Inquiry'. 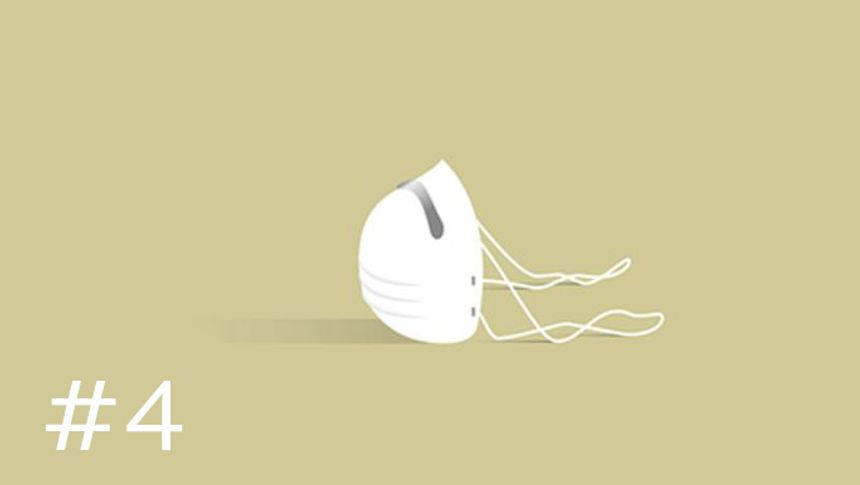