The UN Special Rapporteur on Torture has recently released a report about psychological torture.

Nils Melzer, Professor of Law at the University of Glasgow holds the part-time position of UN Special Rapporteur on Torture. His definition of psychological includes “all methods, techniques and circumstances which intend or are designed to purposefully inflict severe mental pain or suffering without using the conduit or effect of severe physical pain or suffering.” (para. 19).

The report says that “benevolent purposes cannot, per se, vindicate coercive or discriminatory measures” and that, “psychiatric intervention based on ‘medical necessity’ of the ‘best interests’ of the patient […] generally involve highly discriminatory and coercive attempts at controlling or ‘correcting’ the victim’s personality, behaviour or choices and almost always inflict severe pain or suffering.” (para. 37)

The wide-ranging report talks about 'cybertorture' which has received some media attention. But what are its implications on mental health and capacity law?

Successive UN Special Rapporteurs on Torture have said that the administration of psychiatric drugs causing severe side effects may in certain circumstances be considered torture. In 1986, the first Special Rapporteur described as a method of physical torture, “neuroleptics, that cause trembling, shivering and contractions, but mainly make the subject apathetic and dull his intelligence”  (Pieter Kooijmans’s report, E/CN.4/1986/15, 19 February 1986, para. 119).

This position was shared by Manfred Nowak during his mandate as Special Rapporteur. He said that, “medical treatments of an intrusive and irreversible nature, when they lack a therapeutic purpose, or aim at correcting or alleviating a disability, may constitute torture and ill-treatment if enforced or administered without the free and informed consent of the person concerned” (A/63/175, 28 July 2008, para. 47).

Five years later, Nowak’s successor Juan Méndez issued a report about ill-treatment in healthcare, reiterating that “serious violations and discrimination against persons with disabilities may be defended as ‘well intended’ on the part of health-care professionals” (A/HRC/22/53, 1 February 2013, para. 20). He then went on to call for decisive action, recommending that States:

Impose an absolute ban on all forced and non-consensual medical interventions against persons with disabilities, including the non-consensual administration of psychosurgery, electroshock and mind-altering drugs such as neuroleptics, the use of restraint and solitary confinement, for both long- and short-term application. The obligation to end forced psychiatric interventions based solely on grounds of disability is of immediate application and scarce financial resources cannot justify postponement of its implementation. (para. 89(b)).

This led to a variety of responses, including from mental health professionals and policy-makers including from the World Psychiatric Association, all published in the book Torture in Healthcare Settings: Reflections on the Special Rapporteur on Torture’s 2013 Thematic Report, available for free download. (For disclosure, I wrote a chapter on the role of global psychiatry in advancing human rights).

Since then, the UN Committee on the Rights of Persons with Disabilities has consistently called on States to "abolish" mental health laws that allow psychiatric intervention without consent.

Professor Melzer’s wide-ranging report makes for a fascinating read. He says that powerlessness is a core feature of psychological torture and this is often found in cases of institutionalisation or deprivation of liberty or even deprivation of legal capacity where a person’s decision-making is removed and handed to another person. All best interests decisions under the Mental Capacity Act 2005 of England and Wales fall into this category.

Powerlessness arises, Melzer argues, “whenever someone has come under the direct physical or equivalent control of the perpetrator and has effectively lost the capacity to resist or escape the infliction of pain or suffering” (para. 40).

His report highlights how solitary confinement (whereby a prisoner is confined in a cell for 22 hours or more a day without meaningful contact) may result in psychological torture. International law is clear that solitary confinement may be imposed only in “exceptional circumstances” and anything longer than 15 days is a form of torture or ill-treatment. Denying a prisoner contact with the outside world - with doctors, lawyers and so on – for any period of time has been recognised as a form of torture (para. 57). These important points are worth restating.

Having set out in gruesome detail the various types of psychological torture and the circumstances that may give rise to it, the Special Rapporteur states that, “each person may react differently to a particular method of torture. In practice, therefore, torture techniques must always be evaluated by reference to the targeted victim’s individual vulnerabilities”, citing disability and migration as examples of vulnerability, adding that vulnerability may arise for other reasons.

That the Special Rapporteur has chosen to locate psychiatric intervention in the same list as abhorrent practices such as ‘re-education’ of political or religious dissidents, and ‘conversion therapy’ related to gender identity or sexual orientation (para. 37) is likely to cause mental health professionals upset and offence.

My own observations are that mental health professionals are not going to engage with human rights-based approaches by being told they are torturers.

We called on the CRPD Committee to listen, understand and integrate into its recommendations the perspective of civil society and government voices that struggle with the Committee’s absolute prohibition on mental health coercion or have not been able in practice to draft feasible alternatives. (“Violence and abuse against people with disabilities: A comparison of the approaches of the European Court of Human Rights and the United Nations Committee on the Rights of Persons with Disabilities”, International Journal of Law and Psychiatry, Volume 53, July–August 2017, 45-58.)

Piers Gooding (Australian academic) and Dainius Puras (UN Special Rapporteur on the Right to Health) observed last year that, “[a]n impasse has emerged, and it risks hardening into a dispute". They wisely suggest that, “[c]reative responses are needed that foster therapeutic relationships based on trust and empowerment, in ways that avoid the pitfalls of the past.” (“Mental health and human rights in the 21st century”, World Psychiatry, 2019 Feb, 18(1): 42–43).

My hope is that human rights lawyers and activists continue to engage with a range of people who have experienced distress and trauma (not a homogenous group), their families and support workers as well as professionals. Let's see what sorts of adjustments to law, policy and practice can be made, to reduce harm and promote autonomy and independence.

"Psychiatric intervention based on ‘medical necessity’ of the ‘best interests’ of the patient [will] almost always inflict severe pain or suffering." 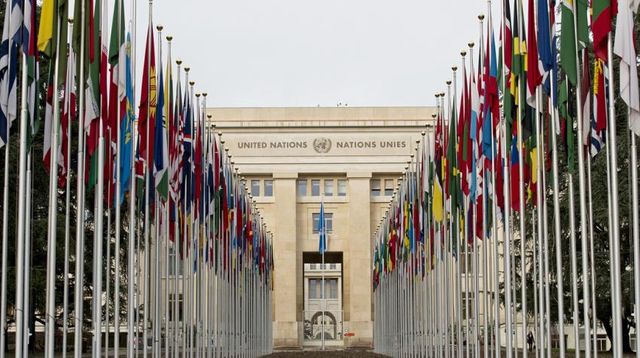 New issue of the WPA journal focusing on the CRPD: https://t.co/V8Zga2MK2d. While coercion in mental health services keeps rising worldwide, it seems easier to just complain about the CRPD Cttee & standards. This is so frustrating.

UK expert group publishes recommendations on reforming Mental Health Act 1983. Chair @WesselyS addresses CRPD in his foreword with a reasoned explanation as to why his group disagrees with the CRPD Committee's call to 'abolish' coercion. https://t.co/v93wStWUhI

There is no health without #MentalHealth. WHO #QualityRights improves quality of care and respect for #HumanRights in mental health https://t.co/H5rLPauGCX pic.twitter.com/Q24Rcp3BJh

Thanks @_MiaSwart & @AJENews for this piece on my newest thematic report to the UN Human Rights Council!

Justice must be seen to be done: due process, broadcasting and politics in the Israeli courts
Beth Grossman