The views and opinions expressed within these insights are those of the authors and do not necessarily reflect the official policy or position of Doughty Street Chambers.
All Posts Subscribe
January 20, 2022 | 5 minutes read 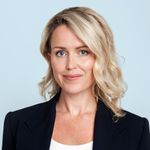 Mr Johnson revealed phone hacking at Mirror Group Newspapers in 2013 and later voluntarily told police about his own role in phone hacking in relation to one story, as well as what he knew of the widespread practice within the tabloid media. Despite the evidence he gave the police, the prosecuting authorities took no action against the senior executives and editors he had implicated. Instead, Mr Johnson was arrested and prosecuted. He pleaded guilty and was sentenced to two months imprisonment, suspended for 12 months, and 100 hours of unpaid work. Mr Johnson’s sentence was comparable to the sentences given to others who had, for example, been engaged in or directed others in hundreds of instances of phone hacking over a 4-year period.

In evidence before the court at that time was the fact that Mr Johnson had become engaged in phone hacking upon the instruction of his editors and in respect of just one story. Mr Johnson had walked off the job and the story after raising concern with the ethics of the practice. He did not know at the time that it was a crime. He later left the newspaper and went on to write a book, Hack (2013), revealing what he knew of phone hacking and other tabloid newsgathering practices. Before and after his conviction, Mr Johnson provided extensive assistance to victims of phone-hacking. At the time of his original sentencing, the campaigning organisation, Hacked Off, had commended Mr Johnson’s conduct in coming forward and said it hoped the judge would deal with the case sympathetically “so that others will come forward”. Despite a pre-sentencing report recommending community service, the judge dispensed a two month suspended custodial sentence.

Mr Johnson suffered from depressive illness after his conviction and sentence in 2014. His custodial sentence, which placed him in the same category as journalists and editors who had engaged in widespread phone hacking, destroyed his career as an investigative journalist. In 2021, Mr Johnson filed for permission to appeal. Given that his application was made 6 years after his sentence, he also made an application for an extension of time to seek permission to appeal. In the appeal, Mr Johnson argued that his sentence was wrong in principle,  manifestly excessive and in part unlawful. He raised concern about the public policy issues arising from his conviction and sentencing for other prospective whistle-blowers and the disincentive it creates for others who might wish to come forward to assist police inquiries in respect of phone hacking or any other widespread criminal activity. Mr Johnson also raised the impact his sentence has had on his career as a journalist.

In July 2021, Mrs Justice Cheema-Grubb referred Graham’s appeal to the full court to determine his application for extension of time and permission to appeal on the following basis:

…you would probably have been given permission to argue that the sentence imposed on you was manifestly excessive, especially in light of the unusual nature of the way you came to be charged and given the apparent disparity with the sentences imposed on more heavily involved phone-hacking journalists.

The appeal was supported by evidence from Nick Davies, former investigative reporter at the Guardian who broke the phone hacking story with the assistance of evidence and information provided by Mr Johnson. Mr Davies explained how Mr Johnson had provided invaluable assistance in ensuring the public – through the media – understood the extent of phone hacking in the UK and how this reporting prompted the criminal investigations. Mr Davies also explained how Mr Johnson could have provided evidence to the police as a confidential informant but refused that protection to ensure his evidence could be used in future prosecutions against those who had been directing phone hacking. Those prosecutions never took place, but Mr Johnson was convicted. Mr Davies spoke about how his sentencing had affected Mr Johnson’s career prospects in journalism.

The Court of Appeal today recognised that it was “much to [Mr Johnson’s] credit that he provided assistance as he did” to the police, to journalists and to phone hacking victims.  The Court also noted that Mr Johnson had assisted the Guardian to reveal the practice of phone hacking and that “he did not do so for financial reward but because he wanted to make amends”. However, while that the Court could “understand why he feels he was treated more severely than others” and that “it was right to distinguish him from others by placing him in a different category”, the application to extend time for permission to appeal was refused.

Hugh Grant raised concern with Mr Johnson’s conviction and sentence, and that so many of those who were responsible for phone-hacking went unpunished, and said:

“Whistle-blowers, especially within the newspaper industry, are a rare endangered species, who should be nurtured and encouraged to tell the truth. So dragging them through the Old Bailey, and then landing them with a suspended prison sentence, is an injustice… I hope the Court of Appeal will send a message to potential whistle-blowers out there”

Steve Coogan said, "Whistle-blowers are vital to holding the powerful to account when they break the law or behave unethically. This applies in the corporate press as much as in other industries and in Government. Reporters who turn whistle-blower should be protected not punished.”

Mr Johnson’s investigative journalism recently helped phone hacking victims John Alford and Sienna Miller succeed in their civil claims against the newspapers. Alford won a six-figure settlement from the publisher of The News of the World and The Sun after a fake sting and unlawful information gathering. Mr Alford said:

‘Graham Johnson should never have been prosecuted never mind given a prison sentence, even if it was suspended. He has literally saved my life. By exposing corruption and lies, he has with others, helped clean-up newspapers. He is one of the best, most reliable and honest men I have ever met and I'm proud to call him a friend.’

Mr Johnson’s appeal was also supported by academics in media ethics. For example, Brian Cathcart, Professor of Journalism at Kingston University London, said: 'The owners of the Mirror newspapers admitted four years ago that "a number of its senior employees, including executives, editors and journalists, condoned, encouraged or actively turned a blind eye to the widespread culture of unlawful information-gathering activities at all three of its newspapers for many years.” It is scandalous that a reporter who did the honourable thing and went to the police was given a criminal conviction, let alone a custodial sentence.’

Steve Barnett, professor of communications at the University of Westminster, said: ‘Journalism needs principled reporters who are prepared to blow the whistle on editors who push them into unethical behaviour. Graham was immensely brave in coming forward, despite no suspicion falling on him. It is profoundly unjust that he should be subjected to a suspended prison sentence while none of the senior editorial staff he implicated have been punished, despite all the evidence against them.’