The views and opinions expressed within these insights are those of the authors and do not necessarily reflect the official policy or position of Doughty Street Chambers.
All Posts Subscribe
November 24, 2021 | 10 minutes read

Capacity, sex and consent – the Supreme Court decision in Re JB

The Supreme Court has today handed down judgment in A Local Authority v JB (by his litigation friend, the Official Solicitor) [2021] UKSC 52.

The landmark case is the first time the Supreme Court has considered the concept of mental capacity under the Mental Capacity Act 2005 (‘MCA’), specifically what ‘relevant information’ a protected party (‘P’) should be able to understand, retain and use or weigh when assessing whether they have capacity to have sex.

At the heart of the case is JB, a 38 year-old single man who has autistic spectrum disorder together with impaired cognition. He is considered to pose a moderate risk of sexual offending. He has a comprehensive care package with a number of restrictions intended to prevent disinhibited sexual behaviour towards women. The local authority applied to the Court of Protection for declarations as to his capacity in various matters including his capacity to consent to sex.

“For the purposes of determining the fundamental capacity of an individual in relation to sexual relations, the information relevant to the decision for the purposes of section 3(1) of the MCA 2005 does not include information that, absent consent of a sexual partner, attempting sexual relations with another person is liable to breach the criminal law”.

Roberts J concluded that JB had capacity to consent to sex. The local authority appealed.

The judge therefore allowed the appeal and set aside the declaration that JB had capacity to consent to sexual relations. He made an interim order that JB lacks capacity to engage in sexual relations, and remitted the matter to Roberts J, anticipating she would wish to secure further expert evidence.

JB (by his litigation friend, the Official Solicitor) appealed this decision to the Supreme Court.

The Supreme Court unanimously dismissed JB’s appeal. Lord Stephens gave the only judgment, with which the other four justices agreed. The court remitted the matter to Roberts J for reconsideration in the light of its judgment.

Engaging in sex, not consenting to sex

The Supreme Court therefore agreed with the Court of Appeal that the formulation of engaging in sexual relations “is how the question of capacity with regard to sexual relations (under the MCA) should normally be assessed in most cases” (paragraph 91).

Lord Stephens expressly endorsed the Court of Appeal’s observation that: “Although the Court of Protection’s principal responsibility is towards P, it is part of the wider system of justice which exists to protect society as a whole.”

Towards a person-specific test?

The court also rejected the argument made on behalf of the Official Solicitor that, to include as part of the relevant information the fact that the other person must have the capacity to consent to the sexual activity and must in fact consent before and throughout the sexual activity recasts the test for capacity as “person-specific”.

The court held, firstly, that the statutory test is decision-specific and, secondly, that the issues in JB’s case do not relate to sexual relations with any particular person. The court continued (paragraph 94):

“What is required is a generalised forward-looking evaluation in relation to JB’s capacity to have sexual relations with any woman. The inclusion of the consent of the other in the relevant information for the purposes of that evaluation does not introduce the specific characteristics of any individual person into the evaluation, but instead reflects the consensual nature of all sexual activity. It is not, therefore, ‘person-specific’.”

However, the court was at pains to emphasise that the position could be different in other cases, noting (paragraph 71) that, while an assessment of capacity to engage in sexual relations will “ordinarily be formulated in a non-specific way”, it need not always be formulated in this way. The court continued:

The court observed (paragraph 72) that, for person-specific decisions the relevant information which P would need to understand, retain and use or weigh might be different depending on the circumstances of the particular case (for example, citing TZ [2013] EWCOP 2322 at [55], risk of pregnancy resulting from sexual intercourse is not relevant to a decision whether or not to engage in, or consent to, sexual relations with someone of the same sex). Furthermore, the reasonably foreseeable consequences of deciding one way or another may be different depending on the circumstances; for example, there may be no reasonably foreseeable consequence of a sexually transmitted infection in a long-standing monogamous relationship where one partner has developed dementia.

In light of the above, the court held that the information relevant to the decision must be identified within the factual context of each case (paragraph 73).

Are JB and others being set up to fail?

The court rejected the submission made on behalf of the Official Solicitor that, if the relevant information includes the fact that the other person must have capacity to consent and must in fact consent before and throughout the sexual activity, the concepts involved are too extensive and nebulous for JB or others with mental impairments to understand and they were, in effect, being set up to fail. The Official Solicitor was supported in this submission by the first intervener, Respond, who argued that the Court of Appeal had promulgated “an elevated abstract test” which was likely to give rise to problems in real life situations. Respond submitted that a less abstract, more situation-specific test, and one that is less complex and does not require an assessment of the capacity of a proposed partner to consent, is more likely to preserve P’s right to a sexual life.

The court did not think the Court of Appeal’s formulation was too nebulous and said that “a potentially incapacitous person is simply required to understand that the other person must be able to consent and does in fact consent throughout” (paragraph 95).

However the court did find that one small alteration should be made to the Court of Appeal’s formulation of the relevant information for a decision to engage in sex: to change the words “must have capacity to consent” to “must be able to consent”.

The court was also not persuaded by the Official Solicitor’s argument that sexual activity, and decisions about engaging in sexual relations for a person of full capacity, are largely visceral rather than cerebral, such that to include as part of the relevant information the fact that the other person must have the capacity to consent to the sexual activity and must in fact consent before and throughout the sexual activity imposes a discriminatory cerebral analysis on the potentially incapacitous. The court held (paragraph 96):

“As the Court of Appeal observed, at para 96, ‘amongst the matters which every person engaging in sexual relations must think about is whether the other person is consenting’ (emphasis added). If that is properly viewed as cerebral or as involving a degree of analysis, a decision to engage in sexual relations is necessarily cerebral or analytical to that extent.”

Alignment of civil and criminal law

The court also rejected the Official Solicitor’s argument that the court’s formulation of the test for capacity to engage in sexual relations had created “an impermissible difference between the civil and criminal law”.

The court held (paragraph 106) that it was possible for the civil law to impose a different and more demanding test of capacity than the criminal law, adding that:

“there are countervailing and overriding policy reasons supporting the clarification of the test for capacity under the MCA: namely, the protection of others and the protection of P… Those policy reasons would amply justify any differences that might arise between the civil and criminal law tests for capacity. As the Court of Appeal stated in this case (at para 97) the fundamental responsibilities of the Court of Protection include the duty to protect P from harm. The protection given by the requirement that P should understand that P should only have sex with someone who is able to consent and gives and maintains consent throughout ‘protects both participants from serious harm’.”

The Court also found that any differences between the civil law test and the criminal law test should be assessed as they arose in individual cases (paragraph 108).

Article 8 ECHR and the UNCRPD

The court gave short shrift to the Official Solicitor’s arguments that the Court of Appeal’s test for capacity to engage in sexual relations is inconsistent with JB’s rights under Article 8 ECHR and under Article 12(2) of the United Nations Convention on the Rights of Persons with Disabilities (‘UNCRPD’).

It refused permission for the Article 8 argument to be raised since it had not been argued in the courts below (paragraphs 118-119). Nevertheless, the court explained that:

The court firmly rejected the Official Solicitor’s argument that the test created a different standard or test for capacity for people with disabilities, contrary to Article 12(2) of the UNCRPD, which provides that “State Parties shall recognize that persons with disabilities enjoy legal capacity on an equal basis with others in all aspects of life.”

The court reiterated that the fact that the other person must have the ability to consent to the sexual activity and must in fact consent applies to everyone in society. It also said – citing the recent Supreme Court decision in R (SC) v Secretary of State for Work and Pensions [2021] UKSC 26; [2021] 3 WLR 428, paras 77-96 - that the court need not consider whether the test violated the UNCRPD given that it is an unincorporated international treaty.

This judgment is not the radical rethink of the test for capacity to engage in sexual relations that Court of Protection practitioners may have been expecting (or hoping for). The clarification of the wording of the Court of Appeal’s additional piece of relevant information i.e. that P must understand that the other person must have the ability to consent to the sexual activity, rather than must have the capacity to consent, is a fine distinction but a welcome one. Having said that, most of the expert reports assessing P’s capacity to engage in sex that I have seen since the Court of Appeal’s judgment have already been applying the test in that way, so how much difference this judgment will make ‘on the ground’ is perhaps questionable.

The judgment certainly leaves the door open for some tailoring of relevant information depending on the facts of a particular case, though in my view removing P’s partner’s ability to consent and the fact that they must consent from the relevant information is unlikely to ever be permissible. It also leaves the door open for applying a person-specific test in a case like HD’s (Re HD (Capacity to Engage in Sexual Relations) [2021] EWCOP 15), where P’s partner also had a mental impairment. 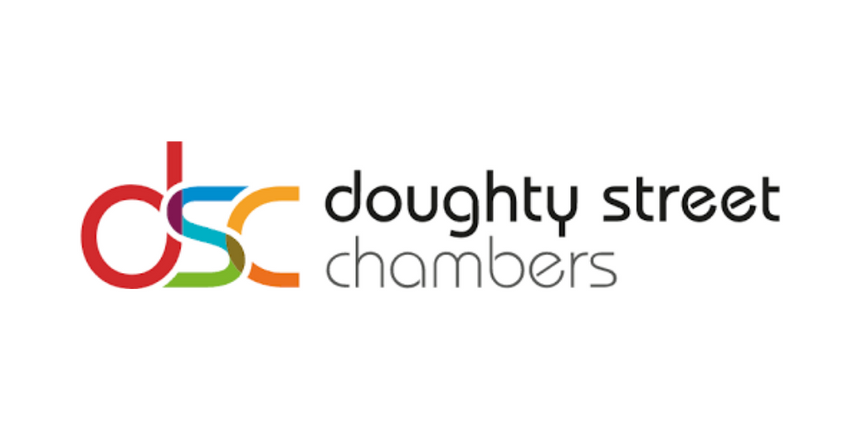