The views and opinions expressed within these insights are those of the authors and do not necessarily reflect the official policy or position of Doughty Street Chambers.
All Posts Subscribe
February 24, 2021 | 4 minutes read

Capacity and sexual relations: Fallout from Re JB

In a judgment handed down on 23 February, Cobb J concluded that a young woman known as HD lacked capacity to engage in sexual relations .  He was driven to this conclusion based on the new requirement set out in Re JB that a person with capacity to engage in sexual relations must be able to understand (and retain, use or weigh and communicate) the fact that the other person must have the capacity to consent to the sexual activity and must in fact consent before and throughout the sexual activity.  You can read more about the judgment in Re JB here.

HD was in her twenties and has a learning disability “of at least mild severity”.   She challenged her placement in a care home under section 21A MCA.   The proceedings expanded to include the question of her capacity to make a range of decisions.

HD had been in a sexual relationship with Y, described as a high risk sex offender.  She alleged he assaulted her and raped her.  He was imprisoned in relation to other offences against women and HD ended the relationship in May 2020.  The judge observed that HD

“dreads the notion of being single…..She craves male relationships, and has sought adult male relationships in the community and on-line.  She has expressed sexual interest in male agency care workers at Kingsbridge House.   HD has a history of making what appear to be unfounded allegations of sexual assault, including rape, against men; she also has been known to share naked photographs of herself on the internet. These issues have been problematic for those responsible for her care and support.”

At the time of the hearing HD was in a relationship with Z, who also has a learning disability.  Their contact was limited to telephone contact due to the pandemic but it was clear that HD wanted the opportunity for a sexual relationship with Z – and in future, marriage.

Cobb J was of course bound by the decision in Re JB and considered expert evidence from Dr Carritt-Baker a psychologist.  He noted the possible circularity resulting from the test in JB:

“… the test makes more sense when one has capacity.  But when two people may lack capacity, we get into the problem of circularity.  We are then asking the question of both parties … Each party must make some appraisal of the other’s capacity to consent.  You can only solve the problem by engaging with both parties”.


Dr Carritt-Baker’s view was that even applying the “old” test for capacity HD would have been “only just on the side of having capacity to consent to sex”.  She was, however, unable to understand the need to assess her partner’s capacity and the expert was pessimistic that she would ever attain this, given the abstract nature of the concept.  Despite this, a programme of education for HD was agreed.

Given the evidence, there was only ever one possible conclusion, which was that HD lacked capacity to engage in sexual relations under the law as it now stands.  Cobb noted:

“I wish HD to know that I, for my part, realise that this decision and the associated declarations will be profoundly disappointing to her; I know how important it is to her to be able to have a full and rewarding relationship with a man. Given that there is no doubt that this decision will have a serious impact on her care and support plan and will significantly impact on many aspects of her future happiness and the fulfilment of her life, it is not a conclusion which I have reached lightly.”

This case is a stark example of the impact of the judgment in Re JB.  As the judgment noted, HD was about to move into her own apartment, and was at a crucial stage of her life with “much to look forward to.”  She now faces a future without the ability to form the intimate relationships she craves.   It is to be hoped that HD is able to benefit from the sexual education that is to be provided for her.

There will no doubt be others who may have previously enjoyed sexual relationships who now find themselves on the "other side" of the capacity test and are expected to leave this aspect of their lives behind.

The comments of Dr Carritt-Baker as to the circularity of the test for capacity when both partners may be learning disabled are troubling, because they raise the spectre of a test where the characteristics of the proposed partner affect the outcome of the assessment of capacity.   It is suggested he was correct to highlight the abstract quality of the judgments that those with learning disabilities are now to be asked to make in order to be permitted to express themselves sexually.

There are powerful references in Re JB to the competing balance between autonomy and protection.  As Baker LJ observed,

“As social beings, we all accept restrictions on our autonomy that are necessary for the protection of others. No man is an island.”

However this case underlines, if this was necessary, the profound impact of the Re JB judgment.   At the time of writing, an application to the Supreme Court for permission to appeal remains pending.   It is hoped that permission will be granted as the issues could hardly be of greater importance.

I am satisfied on the basis of the evidence...... that HD lacks capacity to decide to engage in sexual relations......this decision and the associated declarations will be profoundly disappointing to her........ 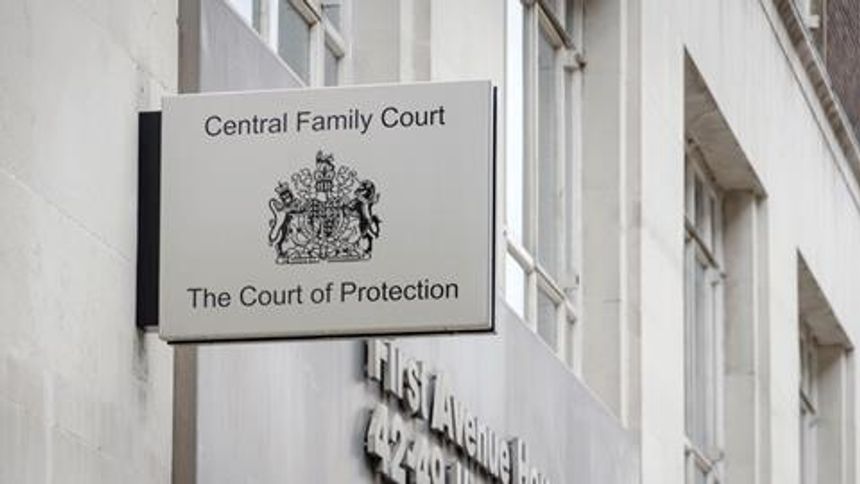