The views and opinions expressed within these insights are those of the authors and do not necessarily reflect the official policy or position of Doughty Street Chambers.
All Posts Subscribe
May 7, 2020 | 5 minutes read

“Something we’re going to need to keep an eye on”: Justice seen to be done?

On Monday, Ministers and officials from HMCTS gave evidence to the House of Commons Justice Select Committee on the impact of the pandemic on the justice system.  Most coverage has understandably focused on the collapse of the criminal justice system and prosecutions for corona-related offences.

However, for journalists and media lawyers watching, we might ask whether the Minister, Chris Philp MP, Parliamentary Under Secretary of State for Justice, was too quick to suggest that justice, where it is being done, remains open and can be “seen” to be done (anyone interested can watch the evidence on this issue from 4 May 2020; from 11:07:24 on).

“Something that we’re going to need to keep an eye on.”

The Minister told MPs that “members of the public and journalists are able to contact the court and ask to be allowed to participate in remote hearings.”  He added, there are 159 courts still open and operating, and members of the public can use the public gallery in a “socially distanced way”.  He appeared to give an assurance that this would be the case were trials by jury to resume.  He stressed measures are in place to “facilitate access to justice and to enable justice to be seen to be done despite these very difficult circumstances.”

Susan Acland-Hood, the Chief Executive, HMCTS, emphasising that the Minister was right, accepted there had been early difficulties, with the media experiencing difficulties accessing remote hearings, either not getting through or “not having as helpful a response as they should have”.  However, she said working with the HMCTS Media Working Group,  the concerns had been heard and steps taken to address them, including issuing new guidance to all staff, improving access to court lists and introducing a dedicated telephone line for the media. She accepted that, for the public at least, accessing the courts in person may not be a realistic option (even if not breaking lockdown it may “feel odd”).  She confirmed that open justice was “something that we’re going to need to keep an eye on.”

“Justice seen to be done despite these very difficult circumstances.”

Efforts by the Government and the courts to incorporate open justice concerns into planning for lockdown justice were welcomed from the outset by the press.

Last week’s “Markle v Markle” strike-out hearing reportedly had 76 members of the press and public attending; with some, including Joshua Rosenberg, able to live tweet the proceedings throughout.  In some high profile cases, it may seem that the public interest in transparency is well served.

However, the story isn’t uniform.  Tristan Kirk, the court reporter for the Evening Standard, published a blog this week highlighting ongoing difficulties in reporting the criminal cases being heard in lockdown; including numerous prosecutions for corona-related offences (Coronavirus Lockdown Laws: Justice wasn’t being seen so was it being done? 4 May 2020).

Kirk, like many reporters, has been advised to work from home since March.  He records in this blog various reports of proceedings in the magistrates courts (including cases of corona-related convictions unobserved and unreported until later criticised as unlawful once picked up by the press and other commentators).  He explains the importance to court reporters of being “on the ground”:  “Successful court reporting at the magistrates involves a combination of skills, including picking good cases on the lists to follow, moving between hearing rooms at the right time, and getting down what is said in court to make a good story.”  He praises HMCTS for efforts made to enable press attendance at remote hearings, but stresses the difficulties reporters continue to face from technological difficulties (at the magistrates, technology is not “in place” leaving reporters struggling with “poor sound quality”) to listing limitations and omissions.  Importantly: “Reporters cannot cover cases they don’t know about.”  Kirk states that between 30 March and 9 April there were at least 76 cases involving breaches of the lockdown restrictions heard by magistrates in London.  He found only 6 of those cases reported on the contemporary overnight listings produced by the magistrates’ courts.

At around the same time the Justice Ministers were giving their evidence on Monday, tweets suggested that a Westminster Magistrates hearing involving Julian Assange saw a number of observers left on hold and locked out of the hearing (see Rebecca Vincent from Reporters without Borders, here).  It appears that even in the most high profile cases, the measures taken by HMCTS have not yet ironed out any teething problems.

It also seems the freedom of the public to attend court may be less clearly understood by HMCTS staff than was suggested to MPs.  On 1 May 2020, Penelope Gibbs, of Transform Justice tweeted that despite calling magistrates courts, she had been informed no member of the public was allowed into London magistrates courts unless they were a relative of the defendant.  On 4 May 2020, the same day Ministers gave their evidence, she tried again and was told the same court was open to the public.  On the same day, not for profit organisation, APPEAL, tweeted that they’d been asked to provide information on the cases they wanted to attend at Highbury Magistrates when they asked about attendance; and were told a copy of magistrates’ lists could not be provided when they asked for one.  The extent to which the public – as opposed to members of the press – can participate by live-link has been little explored.

The emergency arrangements for remote hearings have necessarily been introduced at speed.  The changes in Sections 53-57 and Schedules 23 – 27 of the Coronavirus Act 2020 are not an exercise in perfection.  Gaps in the provision made for open justice in the civil courts by the new Civil Procedure Rules Practice Direction 51Y and for the criminal courts in the amendments to the Criminal Procedure Rules (including by the Criminal Procedure (Amendment No. 2) (Coronavirus) Rules 2020) are likely to be identified as hearings roll out; as more complex matters are heard remotely and as the courts begin to grapple with hearings heard in-person as the lock down lifts but social distancing remains essential.

For example, Schedule 25 of the Act amends s.85 of the Courts Act 2003 to provide the Court with a discretion to broadcast proceedings or make recordings available, but only in circumstances where proceedings are “wholly” conducted by means of video or audio.  The Explanatory Notes to the Bill suggest that this will be limited to cases where there is no physical court room involved in the proceedings at all (see Explanatory Notes, paragraph 93). Does this mean that this is not an option in any case where a Court has an open public gallery?  While the public remains in lockdown and in-person attendance seems unrealistic; and as the lockdown lifts and social distancing measures designed to allow in-person hearings to resume may limit the capacity of public galleries, Parliament might ask whether the provision for broadcast (whether through live-streaming or otherwise), and for recording, is sufficiently broad.

The experiences of journalists and trial observers must continue to inform the work of the HMCTS Media Working Group, the scrutiny conducted by Parliament and the public understanding of the limits of the justice system as it operates during the pandemic.

While the Minister might be satisfied that the arrangements are in place for justice to be seen to be done; the assessment of Susan Acland-Hood that open justice is something that HMCTS is “going to need to keep an eye on” appears closer to the mark.  The experience for the press and members of the public is not uniform even in those cases in the spotlight.  It is important that HMCTS and the judiciary keep listening; and that any members of the press or public question and challenge when they’ve been excluded, whether in error or by design.

One thing we all accept is that real justice can’t happen in the dark. 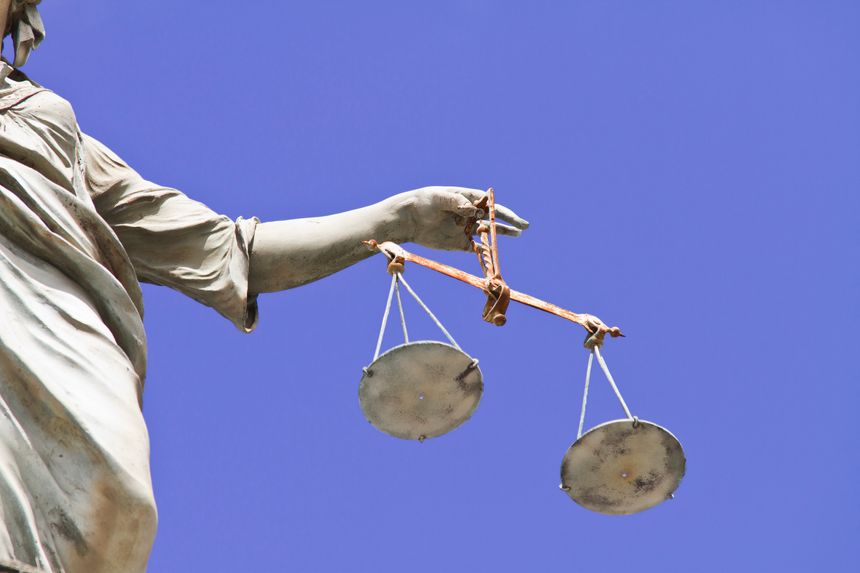 Coronavirus lockdown laws: Justice wasn't being seen, so was it being done? https://t.co/vnv3svHvHf

Our session on the impacts of #COVID19 on the courts and legal professions is now live.

There are now 76 attenders plus the judge, his clerk and the two counsel.

Westminister Magistrates' Court has started today's administrative hearing in Julian Assange's case without adding the press and observers still waiting on the line (including me - having also tried at 10 am). Only the few journalists allowed to attend in person are monitoring.

Government says courts are open to public but reality is different. This weblink lists https://t.co/C5L6THCFK1 courts "open to the public" for face to face hearings but I've rung the London magistrates courts phone number & was told that no member of the public is allowed in to