The views and opinions expressed within these insights are those of the authors and do not necessarily reflect the official policy or position of Doughty Street Chambers.
All Posts Subscribe
May 7, 2020 | 4 minutes read

This week has been a landmark one for open justice: the US Supreme Court livestreamed oral arguments for the first time, allowing millions of Americans to listen live to its proceedings. ABC News described it as, "a historic milestone prompted by the coronavirus pandemic."  CBS highlighted the significance of this step for "the typically technology-averse Supreme Court."

Monday’s case, US Patent and Trademark Office v. Booking.com, involved the question of whether a business could trademark a generic name by adding “.com” to the end of it ("not an issue that galvanises the American public," as a New York Times' editorial dismissively put it). But the Supreme Court of the United States (SCOTUS) is scheduled to livestream nine additional oral arguments this month, including an appeal by President Trump against three subpoenas seeking his financial records. And it will be easier for the press and public to follow the nuances of the oral hearings in these cases than ever before. This week's change is a very significant one.

For UK lawyers, it may be surprising that it has taken SCOTUS quite so long to get around to livestreaming oral argument in its appeals. The UK Supreme Court (UKSC), in contrast, has had cameras recording in its courtrooms since it became operational in 2009, and it has been livestreaming hearings for a decade, since 2010, with the option of viewing hearings in any of its three courtrooms since 2014. The main case of the day is streamed live on the Sky News website, and footage is made available to news broadcasters. From the outset, the UK Supreme Court Justices "wanted the court to be open, visible and accessible."  The UKSC reported in 2015 that approximately 15,000 people had used the livestreaming service each month since its launch. That year, the Court also launched its 'on demand' archive service, enabling lawyers, academics, students, journalists and members of the public to watch hearings at their convenience. "Now justice can be seen to be done at a time which suits you," said Lord Neuberger, then President of the Supreme Court, launching the new service.

Undoubtedly SCOTUS should take a leaf out of our Supreme Court's book when it comes to livestreaming and filming. Video coverage of SCOTUS hearings has, until now, never been allowed, and the audio files of such hearings are released at the end of the week, "rendering them all but useless to news directors across the country"  as the lobby group Fix the Court puts it. News is a commodity with a short shelf-life, and an audio recording from a Monday hearing is of little use for news bulletins the following weekend, once made belatedly available on Friday night.

Monday's landmark move into livestreaming in Washington passed off smoothly, with no significant drama (as with many remote hearings, there were some minor hiccups when a Justice and an advocate forgot to unmute their microphones). Wednesday's hearing had a more unfortunate blip, as a loud toilet flush could be heard during one of the advocate's oral submissions. Gabe Roth, Fix the Court's Executive Director, argues that, "now that we know with certainty that live audio does not impair its functioning, there’s no reason for the court to return to its outmoded policy of week’s-end audio releases once we're past the pandemic."

It may have taken a global pandemic, but it is to be hoped that this week's change will prove to be a lasting one, and SCOTUS will continue to allow filming and livestreaming of oral argument when the lockdown is lifted.

However, the learning should not be only one-way. There is one aspect of open justice in which SCOTUS has much to teach us in the UK: access to pleadings and court documents. In the US, for each Supreme Court appeal, the docket is publicly available on the SCOTUS website, allowing the press, lawyers, students and the public to see how the appeal has been put in the Petition, the written arguments of the parties, and amici curiae briefs. This is a rich resource which allows more informed and deeper engagement with the issues arising in appeals to the highest court in the land. In contrast, the UK Supreme Court provides a helpful, short online summary of upcoming cases, but no ready access to the key documents, such as the Notice of Appeal, the Statement of Facts and Issues, the parties' Cases and the written submissions of any third party interveners.

It is now quarter of a century since Lord Bingham CJ in SmithKline Beecham Biologicals SA v Connaught Laboratories Inc [1999] 4 All ER 498, at 511-512, said:

"Since the date when Lord Scarman expressed doubt in Home Office v Harman as to whether expedition would always be consistent with open justice, the practices of counsel preparing skeleton arguments, chronologies and reading guides, and judges pre-reading documents (including witness statements) out of court, have become much more common.  These methods of saving time in court are now not merely permitted, but are positively required, by practice directions.  The result is that a case may be heard in such a way that even an intelligent and well-informed member of the public, present throughout every hearing in open court, would be unable to obtain a full understanding of the documentary evidence and the arguments on which the case was to be decided."

The UKSC is admirably open and transparent, and it has prided itself on these qualities from the outset, since 2009. This week, as we see SCOTUS playing catch-up with the UKSC on livestreaming, we should play catch-up with SCOTUS on providing ready access to key appeal documents. 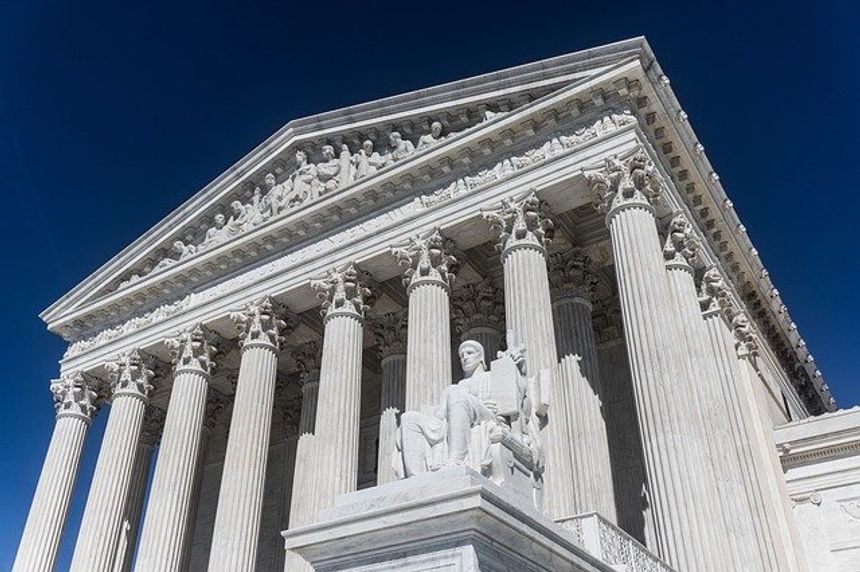 2day Supreme Court oral arguments avail for 1st time by livestream bc of the virus Ive been longtime advocate for cameras in the courtroom/hv sent letters to hv audio of arguments available This increased transparency shld b permanent The ppl's biz ought 2b public!