The views and opinions expressed within these insights are those of the authors and do not necessarily reflect the official policy or position of Doughty Street Chambers.
All Posts Subscribe
December 11, 2019 | 2 minutes read

Climate change: is it time for a “Green New Deal” for human rights?

The European Commission today launches its “Green New Deal”. The Commission promises policies that will transform European economic systems in response to climate change. Climate change is a threat that is usually thought of in terms of its impact on our economies, safety, or health. This post focuses on its impact on our human rights, and the need for a similarly transformative approach towards those rights.

The threat of climate change to human rights has long been apparent. In 2007, the NGO “International Alert” estimated that some 3.9 billion people across 102 countries would be at risk of violent conflict or political instability due to climate change. The refugee crisis is one indicator of that prediction coming true. A 2019 paper estimated that 25 million people have been displaced by climate change. That figure could increase to 200 million, or even one billion, by 2050. These are people whose most basic rights, including the right to life, will be jeopardised.

Climate change doubtless affects poor countries more severely than rich ones, often aggravating existing conflicts. For example, the water reserves of the Azraq marshes in Jordan have almost dried out, driving local farmers out of their homes and into neighbouring countries. This has intensified the region’s refugee crisis and tensions amongst its overstretched governments.  Yet it would be naïve to think that richer countries can escape the consequences of climate change. This is clear from the migration figures cited above and from the transnational impacts of climate disasters.

Those impacts will be felt in the courts of rich nations as much as they are in their wider societies. Immigration tribunals are already seeing legal arguments reliant on the effects of climate change. The appellants in AD (Tuvalu) [2014] NZIPT 501370 (4th June 2014) supported their appeal against deportation by arguing that they would be deprived of a “safe and fulfilling life” if returned to Tuvalu from New Zealand. Their reasoning was that Tuvalu had been devastated by climate change. The court recognised that it is “widely accepted that the impacts of climate change can adversely affect the enjoyment of basic human rights” (§28). The appeal succeeded partially on this basis.

Despite recent examples of innovative litigation, the fact remains that our current human rights frameworks are not tailored to this 21st century crisis. Existing frameworks were drafted when totalitarianism seemed the greatest threat. Even recently passed climate accords provide only partial solutions. For example, the Paris Agreement does not specify the obligations on its parties towards climate refugees, or the rights of those refugees themselves. As one report put it: “climate change is a de facto problem lacking a de jure solution.”

There is a pressing need for de jure solutions that address this crisis. Inspiration can already be found in existing precedents. In 2004, the ECHR effectively ruled that the failure of a State to prevent death from environmental disaster could breach the right to life (Öneryildiz v Turkey). Going further back, Paragraph 23 of the World Charter for Nature (1982) held that “all persons…shall have access to means of redress when their environment has suffered damage or degradation.” What was visionary in 1982 now sounds like common sense, especially in light of recent rulings in Colombia and India.

Like any crisis, climate change demands laws that protect justice despite chaos. Climate change is, however, so much more than just another problem for the courts to solve. Formulating the rights and laws that promote climate justice is about fighting for the values that have always been integral to a fairer society. Climate change will cause fundamental change, but lawyers can play a part in ensuring those changes are fundamentally positive.

Despite recent examples of innovative litigation, the fact remains that our current human rights frameworks are not tailored to this 21st century crisis. 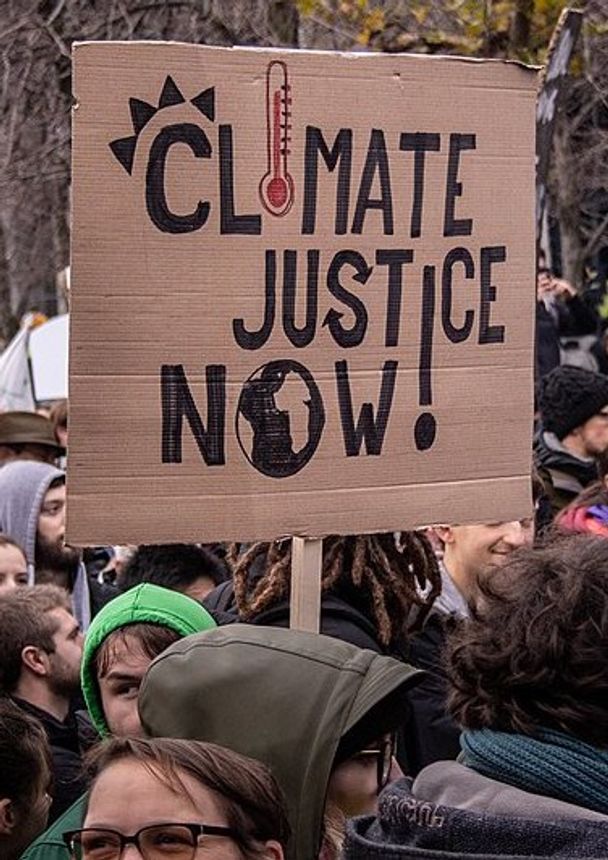