The Supreme Court has handed down judgment in the case of MM.  This was an appeal against the Court of Appeal's decision in the Secretary of State for Justice v MM [2017] EWCA Civ 194 (29 March 2017).Both PJ and MM appealed to the Supreme Court but for administrative reasons MM’s appeal was heard first.  MM’s appeal has been dismissed.MM was detained under sections 37/41 Mental Health Act (“MHA”) and sought a conditional discharge from hospital to conditions which would objectively give rise to a deprivation of his liberty, to which he had capacity to consent.  Although no placement had been identified the First Tier Tribunal (Mental Health) (“the FtT”) was asked whether as a matter of principle it would be lawful to discharge him conditionally on such conditions.  The FtT ruled that it could not.  At the Upper Tribunal Charles J held that he could give a valid consent to this and as such Article 5 would not be engaged.   (A similar issue was in play in Secretary of State v KC [2015]  UKUT 0376 (AAC, where Charles J held that the FtT could impose conditions on a discharge that objectively deprived a patient of his or her liberty and that the Court of Protection and/or a decision maker could consent to).  The Court of Appeal held in relation to MM:

•RB v Secretary of State for Justice [2012] 1 WLR 2043 was correctly decided, and the MHA does not permit a Tribunal to impose conditions on a conditional discharge which extends to an objective deprivation of liberty; such a power would be unconstrained and without time limits and with an inferior review process (because only one application to the Tribunal is permitted in a two year period).

•The Court agreed with the MHA Code of Practice at 14.17 that threat of coercion is likely to invalidate apparent consent; and it is doubtful whether valid consent can prevent compulsory confinement being a deprivation of liberty.  Hypothetical consent does not give the Tribunal a power that the statute does not provide.

•The power of deferment could be used to permit arrangements to be made for discharge to invoke the separate jurisdiction of the Court of Protection if the patient lacks capacity, but this is a decision for the court, not the Tribunal.

•“Discharge” for the purpose of the MHA has different meanings, depending on whether the patient is subject to a restriction order or directions and is discharged subject to conditions.  For a patient under the civil provisions of the MHA, “discharge” either under s23 MHA or s72 MHA means discharge from detention and from liability to detention.

•Patients given conditional discharges under s73(2) or s42(2) remain liable to detention, and therefore discharge means “discharge from the hospital where the patient is currently detained”

•The MHA is silent as to the type or content of conditions that could be imposed by the MHA or FTT.  However, there are compelling reasons not to construe s42(2) and s73(2) as permitting conditions to be imposed which deprive the patient of his or her liberty.   Lady Hale said that

“The first reason is one of high principle: the power to deprive a person of his liberty is by definition an interference with his fundamental right to liberty of the person. This engages the rule of statutory construction known as the principle of legality, as explained in the well-known words of Lord Hoffmann in R v Secretary of State for the Home Department, Ex p Simms [2000] 2 AC 115, at 131: “... the principle of legality means that Parliament must squarely confront what it is doing and accept the political cost. Fundamental rights cannot be overridden by general or ambiguous words. This is because there is too great a risk that the full implications of their unqualified meaning may have passed unnoticed in the democratic process. In the absence of express language or necessary implication to the contrary, the courts therefore presume that even the most general words were intended to be subject to the basic rights of the individual.””

“The words of sections 42(2) and 73(2) are about as general as it is possible to be. Parliament was not asked to consider whether they included a power to impose a different form of detention from that provided for in the MHA, without any equivalent of the prescribed criteria for detention in a hospital, let alone any of the prescribed procedural safeguards. While it could be suggested that the FtT process is its own safeguard, the same is not the case with the Secretary of State, who is in a position to impose whatever conditions he sees fit.”

The second reason is one of practicality:

“The patient’s continued co-operation is crucial to the success of any rehabilitation plan. There is, as the FtT found in this case, always a concern that the patient’s willingness to comply is motivated more by his desire to get out of hospital than by a desire to stay in whatever community setting he is placed. As Holman J pointed out in SH (para 13 above), the MHA confers no coercive powers over conditionally discharged patients. Breach of the conditions is not a criminal offence. It is not even an automatic ground for recall to hospital, although it may well lead to this. But a recalled patient cannot be kept in hospital if the grounds for detaining him there are not satisfied. The patient could withdraw his consent to the deprivation at any time and demand to be released. It is possible to bind oneself contractually not to revoke consent to a temporary deprivation of liberty: the best-known examples are the passenger on a ferry to a defined destination in Robinson v Balmain New Ferry Co Ltd [1910] AC 295 and the miner going down the mine for a defined shift in Herd v Weardale Steel, Coal and Coke Co Ltd [1915] AC 67. But that is not the situation here: there is no contract by which the patient is bound.”

The third reason is “perhaps most compelling set of reasons against such a power: it would be contrary to the whole scheme of the MHA. That Act provides in detail for only two forms of detention: (1) detention for no more than 36 hours in a place of safety, which may be a hospital, under sections 135 and 136; and (2) detention in a hospital under the civil powers contained in sections 2 (for assessment), 3 (for treatment) and 4 (for assessment in an emergency); or under a court order made in criminal proceedings under sections 35 (remand to hospital for report), 36 (remand to hospital for treatment), 37 (hospital order), 38 (interim hospital order), 41 (restriction order), and 45A (hospital and limitation directions, as inserted by section 46 of the Crime (Sentences) Act 1997); or under the Secretary of State’s directions under sections 47 (transfer of persons imprisoned under criminal powers) or 48 (transfer of persons imprisoned under civil powers).”In each of those cases there is a specific power to convey and detain the patient.

“There is no equivalent express power to convey a conditionally discharged restricted patient to the place where he is required to live or to detain him there. If the MHA had contemplated that such a patient could be detained, it is inconceivable that equivalent provision would not have been made for that purpose.”

Lord Hughes, dissenting, considered that when a patient is conditionally discharged  the underlying order depriving the patient of his liberty in hospital is “being modified, and a lesser deprivation substituted. The authority for his detention remains the original combination of orders, from the consequences of which he is only conditionally discharged. This was the reasoning of the Upper Tribunal in Secretary of State for Justice v RB [2010] UKUT 454 (AAC), in the passage set out by Lady Hale at para 21. It seems to me that it was clearly right. 45. It might be otherwise if the proposed conditions to be attached to discharge were to amount to a greater level of detention than is authorised by the hospital and restriction orders. If one were to hypothesise an improbable scenario in which an FTT were to be asked to impose a condition which amounted, for example, to solitary and isolated confinement, such a question might arise, and with it the application of the Simms principle. But the present case is not suggested to involve any potential conditions which are other than a relaxation of the detention to which MM is otherwise subject in the hospital.”

"For these reasons it seems to me that the FTT does indeed have the power, if it considers it right in all the circumstances, to impose conditions upon the discharge of a restricted patient which, if considered out of the context of an existing court order for detention, would meet the Cheshire West test, at least so long as the loss of liberty involved is not greater than that already authorised by the hospital and restriction orders. Whether it is right to do so in any particular case is a different matter. The power to do so does not seem to me to depend on the consent of the (capacitous) patient. His consent, if given, and the prospect of it being reliably maintained, will of course be very relevant practical considerations on the question whether such an order ought to be made, and will have sufficient prospect of being effective. Tribunals will at that stage have to scrutinise the reality of the consent, but the fact that it is given in the face of the less palatable alternative of remaining detained in hospital does not, as it seems to me, necessarily rob it of reality. Many decisions have to be made to consent to a less unpalatable option of two or several: a simple example is where consent is required to deferment of sentence, in a case where the offence would otherwise merit an immediate custodial sentence.”

The suggestion that a conditionally discharged patient could consent to the deprivation of his or her liberty under terms imposed by the Tribunal has made uncomfortable reading for many, and it is difficult to imagine how this could work in practice.

How though does this leave those patients who are ready for discharge from hospital, provided that they reside under conditions where the acid test is met, and who have capacity to consent to those conditions?   It could be argued that this judgment will require a greater level of scrutiny as to whether such restrictive conditions are, in fact, necessary for the safety of the patient and the public.  For cases where such conditions are justified, one solution could be greater use of longer-term section 17 leave, until such time as the patient is ready for arrangements which do not engage the acid test.  This would, however, raise potentially difficult questions about the aftercare arrangements, given that the section 117 obligation does not “bite” until the patient ceases to be detained (s117(1)). 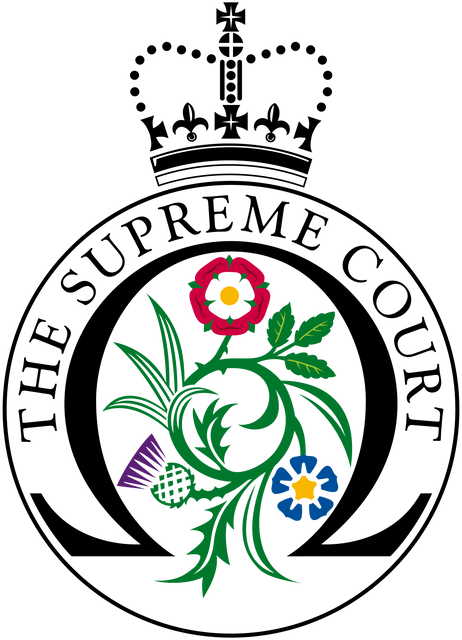