The views and opinions expressed within these insights are those of the authors and do not necessarily reflect the official policy or position of Doughty Street Chambers.
All Posts Team 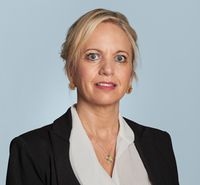 Kirsty specialises in international human rights, criminal law, public international, constitutional and international criminal law. She is instructed in the most serious, complex and prominent cases nationally and internationally. Kirsty is an experienced trial barrister. She has defended defendants and acted for Claimants as a junior and then as Queen’s Counsel before the Criminal and Civil courts respectively, in England and Wales, the Investigatory Powers Tribunal, Courts Martial and Courts of Appeal in the Caribbean, the Court of Appeal in the British Virgin Islands, the European Court of Human Rights and the High Court in Gibraltar. Kirsty frequently advises before the Inter-American Court of Human Rights, the ECOWAS court in Abuja Nigeria, the Court of Appeal of Nigeria, the Superior Tribunal of Santander Colombia, the Supreme Court and Constitutional Courts of Colombia and the UN judicial processes and International Criminal Court.

Kirsty defended in the first murder case in the UK where the defence was heard "in camera" on grounds of national security. She was leading counsel defending in the first "juryless trial" in England and Wales. In 2014, she successfully judicially reviewed a decision by the DPP that  Prince Nasser bin Hamad Al Khalifa of the Kingdom of Bahrain was protected from prosecution for alleged torture by state immunity. She represented Amnesty International before the Investigatory Powers Tribunal in its complaint that the data collection programmes Prism, Upstream and Tempora – as revealed by the U.S. whistleblower Edward Snowden – were in breach of Articles 8, 10 and 14 of the European Convention on Human Rights.

In 2013 Kirsty defended the first out of twenty four defendants at the Old Bailey London in the largest fraud case of its kind. In 2014 and 2015 she defended the first defendant in two 3 month immigration fraud trials. In 2013 she defended in a Trident 3 month murder trial at the Old Bailey, London. She is an experienced appeal advocate and successful where leave has been refused. In 2012 she, together with Edward Fitzgerald QC, was successful in appealing the rape convictions of former politician Andre Penn (British Virgin Islands). In 2013, Kirsty presented an Amicus in the case of David Ravelo Crespo to Magistrado Juan Rodriguez, Santander, Colombia. This was the first international intervention at this level of Tribunal. Currently she is leading a team of lawyers representing Serbian Claimants before the High Court over a claim against the Ministry of Defence arising out of the bombing of Kosovo in 1999.

Kirsty first led other counsel in 1999 and maintained this level of practice so as to be appointed Queen's Counsel in 2011. In 2012 she was elected Chairwoman of the Bar Human Rights Committee of England and Wales. She is the first female Chairman. Kirsty has carried out international trial observations, worked on death penalty cases from within Jamaica and is an experienced teacher and trainer in advocacy, international human rights law, interviewing vulnerable witnesses and case management.  In 2009, she led a delegation of UK barristers in providing human rights law training in Colombia. Between 2011 and 2014, she led 6 training delegations of UNICEF's Child Protection Networks in Nigeria and the National Human Rights Commission in child rights and case management, having compiled the programmes after leading two fact finding missions in Nigeria. Currently, she is training Judges in Nigeria in Child Rights as a legal Consultant to Unicef.

Kirsty was twice listed in Management Today's most influential 35 women under 35 (2003 and 2005). She was appointed a spokesperson for the Bar Council between 1998 - 2008 and remains a regular legal commentator in the media. Her hundreds of television and radio appearances include: Newsnight, Panorama, Dispatches, Law in Action, File on Four, Today programme, breakfast television and news programmes. She has made one television show "You be the judge" (2005).

Kirsty was a member of the inaugural Times Law Panel from 2007 -2009 (classified as being one of the "Top 100 Lawyers") and nominated as The Times "Lawyer of the Week". She is sought after by the Bar Council and Criminal Bar Association of England and Wales to advise upon government consultation documents, Bills and other legislative measures. In 2012 she was appointed leader of a working group to draft the Criminal Bar Association's Response to the Law Commission's Consultation on Contempt of Court. In 2013 Kirsty was appointed by the Criminal Bar Association to draft the response to the DPP's proposed Social Media Guidelines. In 2014 Kirsty was part of the team submitting proposals to the Home Affairs Committee to combat Female Genital Mutilation, please see here. These proposals were adopted and passed into legislation. She continued to advise cross-party peers and ministers. In 2014 Kirsty led a team of barristers taking witness statements from complainants of sexual violence in Sri Lanka post conflict. She presented the report at the UN and launched it at the Canadian embassy in London.

Kirsty Brimelow QC discusses whether trial by jury is the best option on the BBC.

Kirsty is an accredited mediator and often works in conflict resolution. In 2013 she facilitated an apology from the President of Colombia to the peace community of San José de Apartadó. The public apology was issued by President Santos on 10 December 2013. It was described as a “historic” moment in Colombia’s history. Kirsty continues to mediate between State and peace community in Colombia, supported by the British Embassy.

What the directories say

Plaudits by solicitors include:  “always in the big cases" and "the best closing speech I have ever seen".

Joshua Rozenberg QC (hons): selected Kirsty as one of the “noteworthy” QCs (2011) - read more in The Guardian.

She is recognized as one of the “top names” by The Times law editor Frances Gibb (2015) - read more in The Times.

“She nailed the case. She was absolutely astonishing. Clients loved her, and she absolutely

“I’ve been very impressed with her. I enjoy working with her.” (Chambers and Partners 2016)

“She is an outstanding jury advocate and human rights lawyer, known for her thorough 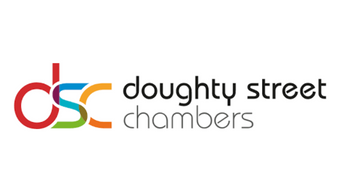 By Kirsty Brimelow QC
The three men and one woman were tried by a judge and jury for the offence of criminal damage. They were able to elect trial by jury as...

By Kirsty Brimelow QC
“It’s time to move on" was Boris Johnson’s pronouncement on Durham police’s finding that, if Mr. Cummings had been stopped he would have...

By Kirsty Brimelow QC
Coronavirus has struck in different ways. As well as the devastation it has reaped in taking people's lives it has exposed an emasculated... 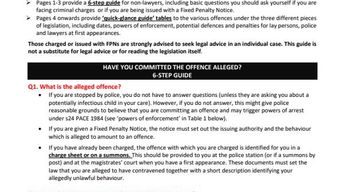 By Pippa Woodrow Kirsty Brimelow QC
Recent weeks have seen a concerning trend of police overreach and casual criminalisation, often of young or other potentially vulnerable...