The views and opinions expressed within these insights are those of the authors and do not necessarily reflect the official policy or position of Doughty Street Chambers.
All Posts Subscribe
August 1, 2022 | 7 minutes read

A rare EAT finding of the appearance of unconscious confirmation bias 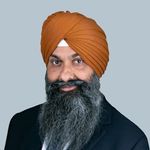 1. In Laing v Bury & Bolton Citizens Advice [2022] EAT 85, the EAT found that a tribunal had erred in dismissing a claim brought by Litigant in Person where it had commented extensively, at times using strong and personalised language, on the Claimant’s behaviour throughout the hearing drawing upon such behaviour in support of how he must have behaved at work.  It concluded that a fair-minded and informed observer would conclude that there was a real possibility that his behaviour had engendered an antipathy towards him which unconsciously influenced the tribunal’s collective decision in relation to a victimisation complaint.

2. The Claimant worked for Bury & Bolton CAB for two weeks as an immigration adviser. The employer alleged that he was dismissed because his colleagues had raised concerns that he was rude and undermining; and dissatisfied with the work he was getting.  The Claimant brought claims for race discrimination and victimisation.  He claimed that he had been stereotyped as a sexually aggressive black man and was dismissed because he made a protected act regarding the behaviour of a female colleague towards him. His race discrimination claim was struck out for failing to pay a deposit order and the victimisation claim was dismissed at final hearing.

3. The appeal also concerned a number of procedural grounds involving a deposit order in relation to the discrimination claim and witness orders. Briefly:

a. The tribunal was allowed a margin of appreciation on its assessment of the merits and that whilst there was some force in the proposition that the timing of a deposit order, and its interaction with directions, is a relevant factor, the making of the deposit order in the circumstances was not an error of law.

b. The tribunal erred by considering it had no jurisdiction to extend time for the payment of a deposit order (thus the EAT accepted that Sodexho Limited v Gibbons [2005] ICR 1647 applies to the current rules).  However, the EAT considered that this error was repaired through reconsideration.

d. As to a witness order obtained by the Claimant, which was unilaterally revoked days before the final hearing, the EAT held that although the tribunal had not erred, it noted a few “unfortunate” aspects of the background and it was of concern that the tribunal disposed of the matter without considering the relevant correspondence given that the order had originally been granted. However, the tribunal had sufficiently reconsidered the matter on day two of the final hearing.

4. The EAT also dismissed the ground that the tribunal had not applied the correct principles in relation to a protected act, although it observed that the reasoning could have been fuller and more detailed.

Bias and conduct of the tribunal

5. Following the procedural issues that arose shortly before and at the start of the final hearing, the Claimant made an application that Employment Judge Grundy recuse herself.  This application was refused.  It was not until after issuing the appeal to the EAT that the Claimant learned that the judge was a member of St John’s Buildings Chambers — the same chambers as the Respondent’s representative, Mr Searle (who was the Head of the Employment Team at that Chambers).  It was argued that whilst the authorities state that such a state of affairs does not ordinarily give rise to an appearance of bias, the judge should have revealed the connection to Mr Seale given she was considering an application to recuse.  The EAT robustly refused that submission and stated that it made no difference that the Claimant had made an application to recuse.

6. The EAT then considered specific allegations regarding the judge’s conduct during the final hearing and dismissed those.

7. The appeal was successful as there was a real possibility of apparent bias as revealed from what the tribunal said about the Claimant. It was argued that a hearing is unfair when a judge “enters into the arena” thus abandoning impartiality; and gives the impression of developing animus towards a party: Serafin v Malkiewicz [2020] UKSC 23; [2020] 4 All ER 711; and that the tribunal held personal antipathy towards the Claimant as evident from the language it used, which was extreme and unnecessary. In particular, the tribunal described the Claimant as “sometimes obnoxious”; “extremely egotistical”; having a “perceived superiority”; being “overbearing”; and being “very wearying and quite wearying” .

8. The tribunal had been invited to respond to questions raised by the EAT and their responses revealed the following:

a. One lay member, Dr Cadbury, said that in relation to the Claimant’s presentation, “we accurately characterised as at times arrogant and obnoxious”.

b. Of even greater concern were the comments of the other lay member, Mr Wilson, who said, “from the outset it was obvious to me the claimant was the type of person who would appeal every decision he did not agree with and complain about the conduct of others if given the opportunity…The allegations contained within Mr Lang statement therefore come as no surprise ”.

9. It was argued that the comments suggested stereotyping and a predetermined judgement of character at a very early stage.  Further, that the language used was so outspoken and redolent of personal animosity, that it gave rise to the appearance of bias (applying the guidance of the Court of Appeal in Ansar v Lloyds TSB Bank plc [2007] IRLR 211, para 11 of Burton J’s guidance [at 14]).

10. Although the EAT recognised the importance of tribunals being able to express words without fear or favour, “There should be no place for merely gratuitous insult or unkindness”.  It referred to the Equal Treatment Bench Book (Chapter 1, para 16), which states that a Litigant in Person may “lack objectivity and emotional distance from the case” and so it would be, “unsafe [for a tribunal] to assume that how they behave as their own representative in a hearing gives a reliable picture of how they behaved in the workplace” [at 114].

11. In particular there were three features, which caused real concern [at 116]:

a. The tribunal made repeated references to the way the Claimant behaved during the hearing, not just when he was giving evidence.

b. The language used in the judgment was, “indeed particularly strong and personalised”.

c. The intermingling at several points of the tribunal’s assessment of the Claimant’s behaviour in the workplace and how he behaved before the tribunal.

“the foregoing combination of features of the tribunal’s reasoning risks creating the impression in the mind of the fair-minded informed reader that the tribunal may, even if unconsciously, have allowed the very poor impression created by the Claimant’s conduct in the course of the hearing to drive their conclusions”.

13. The EAT held that the lack of sympathy for the Claimant and his case, gave rise to, “a form of unconscious confirmation bias” [at 121].  Further, that the particular comments of Mr Wilson, “chime with those concerns” [at 122].

14. Whilst finding that the Claimant’s conduct led to the apparent bias on the tribunal members, the EAT pointed out that in these type of cases members “need to be particularly on their mettle to ensure that they do not allow this to influence the reasoning process on the critical issues”: it concluded that unfortunately, there was a real possibility that this is what happened.

15. Accordingly, the decision on the victimisation complaint was not safe and the appeal was allowed.  The matter was remitted to the employment tribunal for a fresh hearing before a different panel of judge and members.

16. It might be surprising to some that a lay member (Mr Wilson) made an early judgement of the Claimant’s character without the evidence being considered.  What appears to be more surprising is that the lay member’s response to the EAT appeared to rely upon that early judgement as justification.  It is extremely rare to have this insight and whilst it might represent a one-off occasion, those arguing for greater transparency in the tribunal, including the recording of proceedings, might consider this judgment as useful in their fight for greater transparency.

17. Confirmation bias is the tendency to search for, interpret and favour information in a way that confirms or supports a prior belief or value. The EAT held that the tribunal’s unconscious confirmation bias arose from the Claimant’s conduct and it was not suggested that this bias arose, unconsciously or otherwise, from any of the Claimant’s protected characteristics. Confirmation bias from a tribunal is deeply troubling and it is imperative that tribunal members do not decide what “type of person” they are dealing with “from the outset” or that any prior beliefs and values do not influence their decisions: not an easy task when that bias is unconscious. To conduct, and then consider as relevant, this early assessment is of real concern and may well raise questions as to the adequacy of training on bias and whether it might be more widespread.

18. Whatever the strengths or weaknesses of a case, Litigants in Person normally present their cases under extreme pressure and are rarely at their best.  However challenging their behaviour may be, they do not deserve personal attacks on their character.  It is worth recalling that the Claimant had been on the wrong side of decisions in relation to the deposit order and witness orders, which, as accepted by the EAT, had been wrongly dealt with on day one, although they were properly reconsidered later on, by which time Mr Wilson had already formed a negative assessment of his character.

19. Also, for many fair-minded and informed observers, it might be surprising that a judge when facing a recusal application did not reveal that he/she is a member of the same Chambers as the representative of the other party.  It is somewhat surprising that the judge did not do so even though the EAT concluded that she did not need to do so.  Some may argue that justice is best seen to be done when cards are on the table.

Whatever the strengths or weaknesses of a case, Litigants in Person normally present their cases under extreme pressure and are rarely at their best. However challenging their behaviour may be, they do not deserve personal attacks on their character. 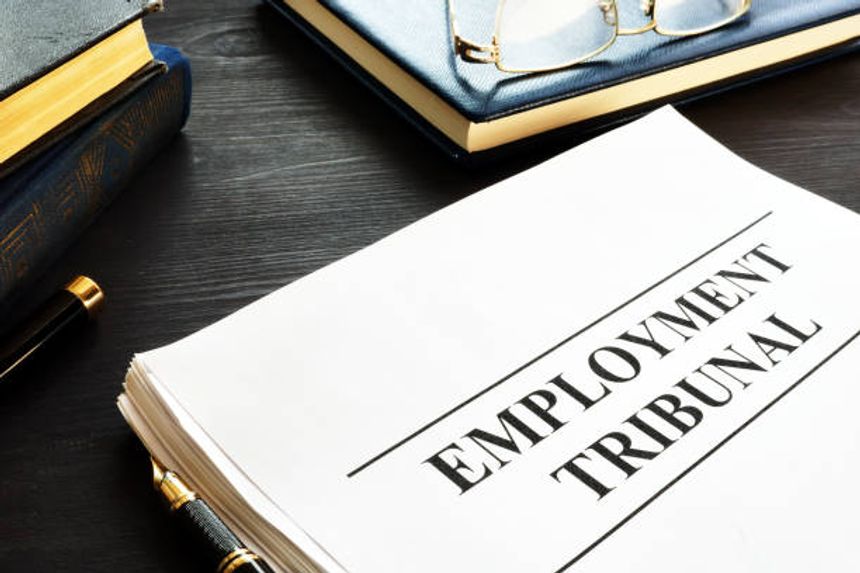