The views and opinions expressed within these insights are those of the authors and do not necessarily reflect the official policy or position of Doughty Street Chambers.
All Posts Subscribe
July 25, 2022 | 6 minutes read

The principle of legal immunity from civil and criminal suits for diplomatic agents is a long recognised and protected principle in international and national law. The objective as described in the Fourth Recital to the Vienna Convention on Diplomatic Relations 1961 (Vienna Convention) is “not to benefit individuals but to ensure the efficient performance of the functions of diplomatic missions as representing states.” A diplomat is intended to be free from civil and criminal suits which would distract from their official functions while representing their sending state. The principle of reciprocity is engaged as the receiving state ensures that diplomats within their territory are protected from legal suit in the expectation that their diplomats will be afforded the same treatment whilst in other states.

The extent to which individual diplomats can benefit from diplomatic immunity for their private acts has been tested in a number of cases in recent years. Most notably, the Supreme Court has set limits on the scope of diplomatic immunity for private acts in cases involving exploitation and abuse of migrant domestic workers (First in Reyes v Al-Malki [2017] UKSC 61 and then in Basfar v Wong [2022] UKSC 20).

By the time the matter came before the Supreme Court, the Diplomats’ posting had come to an end. As they were no longer serving diplomats, they no longer enjoyed absolute diplomatic immunity from civil and criminal suits for both private and official acts (under Article 31 of the Vienna Convention) but only residual diplomatic immunity for acts performed in the course of their official functions (under Article 39(2) of the Vienna Convention). The Supreme Court held that the Diplomats’ acts in relation to the employee’s treatment were private acts which did not constitute acts performed in the course of the Diplomats’ official functions. They therefore could not claim residual diplomatic immunity for the claim. [§20,48,50]

The issue returned to the Supreme Court again in the most recent case Basfar v Wong. On this occasion, the Diplomat was still in post and so the only provision which could apply in this case was the exception to diplomatic immunity for civil suits under Article 31(1)(c).

The matter came before the Supreme Court in a ‘leapfrog appeal’ from the Employment Appeals Tribunal. Lord Briggs and Lord Leggatt in setting out the majority decision, declined to consider  human rights law when interpreting the provisions of Article 31(1)(c) as they commented that the question of the legality of the activity was not in issue. They held that the “sole question is whether the activity is ‘professional or commercial.’” [§25]. On this, Lord Briggs and Lord Leggatt explicitly departed from Lord Sumption’s observations on the meaning of commercial activity in Reyes. They concluded that the purchase of goods and services incidental to daily life do not constitute ‘commercial activities’ within the meaning of Article 31(1)(c)[§37]. However, Lord Briggs and Lord Leggatt noted that Article 42 of the Vienna Convention prohibited diplomatic agents from practising for personal profit any professional or commercial activity. On the facts of the case, they concluded that the diplomat had exploited the claimant, Ms Wong, for personal profit and had gained a ‘substantial financial benefit” through their exploitation of her [§52,55-56]. This meant that the exploitation of Ms Wong fell outside the sphere of ordinary contracts incidental to daily life of a diplomat [§57,61]. They concluded that the exploitation of labour of a domestic worker for financial gain is a commercial activity exercised by the diplomatic agent outside of his official functions and therefore was captured by the exception under Article 31(1)(c) [§61].

Lord Briggs and Lord Leggatt concluded that whilst international law on trafficking and modern slavery was not directly relevant, the criteria in relevant conventions was useful for distinguishing which treatment would constitute ordinary services incidental to daily life (and therefore subject to diplomatic immunity) and which treatment was excluded from diplomatic immunity as it constituted a commercial activity for financial gain [§72-82].

The case had been pleaded on the basis that Ms Wong’s treatment amounted to trafficking. The Supreme Court noted that arguments were raised on appeal casting doubt whether the treatment of Ms Wong amounted to ‘trafficking’ and as a result the parties were invited to address an alternative case of whether her treatment amounted to forced labour and/ or domestic servitude  in written submissions after the hearing. The majority granted permission for Ms Wong to present this alternative case [§91].

The minority, in dissenting, took objection to Ms Wong being allowed to present an alternative case late in the day. They were emphatic in their observations that whether Ms Wong’s case was put forward on the basis of human trafficking or domestic servitude and forced labour, these activities could not be considered ‘commercial activities’ under Article 31(1)(c) [§113]. The minority considered that the issue of reciprocity remained a concern for UK diplomats in other countries even though the majority held that there was no evidence that it would be an issue [§105-106; 167-169]. They concluded that private acts of diplomats were best addressed through alternative measures to litigation [§170].

The Supreme Court decision in Basfar v Wong does appear to be a departure from the interpretation of Article 31(1)(c) in other countries. In a similar case brought in the US and referred to in both Reyes  and Basfar v Wong, the US Court of Appeal held that  the exception under Article 31(1)(c) did not apply to a domestic worker who had been subject to exploitation (Tabion v Mufti, 73 F 3d 535 (4th Cir 1996)).

The Supreme Court in both decisions was concerned to address a documented pattern of exploitation of migrant domestic workers by diplomats (see [§59] of Reyes). Although the minority in Basfar v Wong were keen to emphasise alternatives to litigation, there was no evidence before the Supreme Court that there had been any steps taken to curb Diplomat’s exploitation of migrant domestic workers in the UK.

It remains to be seen whether the decision in Basfar v Wong will lead to an increase in litigation against Diplomats in the UK and if it will have any reciprocal impact on UK Diplomats abroad. At a minimum, it may be hoped that the decision will serve as a salutatory warning to Diplomats seeking to abuse their diplomatic immunity to exploit migrant domestic workers.

Concerns about the widespread practice of exploitation of migrant domestic workers may explain in part the Supreme Court’s approach to limit the abuse of diplomatic immunity by Diplomats. The High Court has not been so brave in other cases which have sought to curb diplomat’s exploitation of diplomatic immunity for acts which were arguably private in different contexts including: London Borough of Barnet v AG and others [2021] EWHC 1253 (Fam) where the High Court declined to make a declaration of incompatibility between s.2 of the Diplomatic Privileges Act 1964 and Article 3 of the ECHR in circumstances where the children of diplomats were at serious risk of harm and the diplomats were relying on diplomatic immunity to prevent intervention by the local authority; in Fernando v Sathananthan [2021] EWHC 652 (Admin) where the High Court held that a Diplomat who threatened protestors was entitled to diplomatic immunity because the acts were performed in the exercise of his functions as a diplomat; and in R (oao Dunn) v Secretary of State for Foreign and Commonwealth Affairs and others [2020] EWHC 3185 (Admin) where the High Court dismissed a challenge to the FCO’s determination that a diplomat enjoyed diplomatic immunity from criminal proceedings where she had allegedly caused the death of a young man in a road traffic accident. 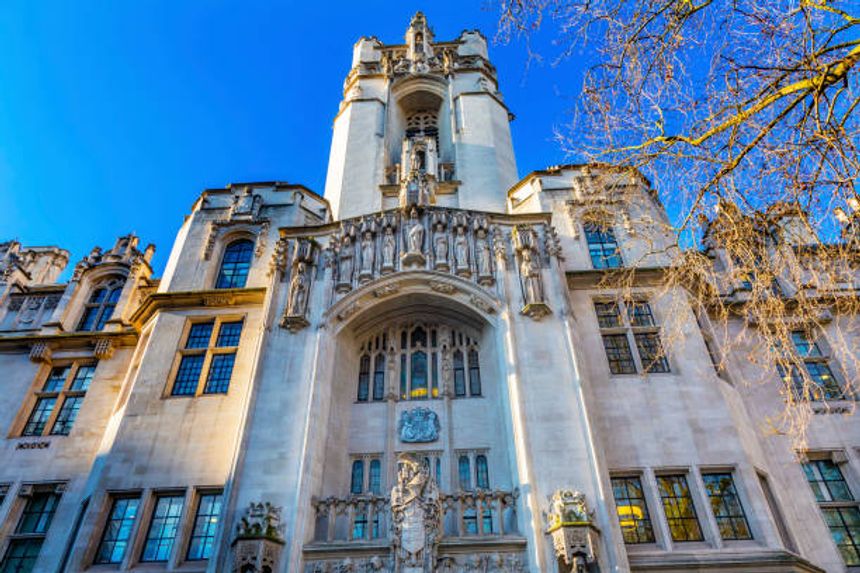