The views and opinions expressed within these insights are those of the authors and do not necessarily reflect the official policy or position of Doughty Street Chambers.
All Posts Subscribe
July 25, 2022 | 8 minutes read 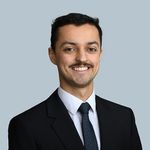 This article will provide a brief summary and comment on the recent decision of Mr Justice Swift in R (HAM) v Brent LBC [2022] EWHC 1924 (Admin).

The case is important for practitioners supporting age disputed migrants as it has ‘reset’ age assessment procedure and what will or will not constitute an unlawful age assessment. In some respects, the case may give cause for concern given some of the matters that Swift J states are not necessary for a fair process. However, in many aspects this case should be seen as a welcome clarification that “fairness is a matter of function and substance, not merely form” (§14).

The Claimant in HAM is a Sudanese national who arrived in May 2021 who claimed to be 17 years old with a date of birth. He was assessed by Kent Intake Unit to be 23. He was then assessed by the London Borough of Brent to be 23 years old as well. Brent undertook what it believed to be a “short form” age assessment, but instead of simply considering the claimant “clearly and obviously” was an adult, it interviewed him and concluded based on both his physical appearance and the answers he provided in the interview, that he was an adult. The social workers did not put all of the discrepancies to the claimant.

At paragraphs 10-11 he tied together what he viewed as the key threads of Merton:

Second, the assessment decision must be made on a reasonable enquiry – the local authority “must take the steps reasonable in the case in hand to obtain the information needed to take the decision it is required to take”. This is the Tameside duty of enquiry.

It is likely to be rare that a fair assessment would be based on physical appearance and demeanour alone. Ordinarily, fairness might require the decision-maker to make further enquiries, either through an interview with the person to obtain his history, or otherwise

Third, where further enquiry entails interviews, these interviews must be undertaken fairly. In particular, where credibility is an issue, this should be dealt with head on. Further, where the individual was considered to be lying, that provisional view and the reasons for it should be explained to him and he should have an opportunity to respond before a final decision was taken.

Fourth, what would be fair in a particular case, depend on the circumstances of the case. There is no strict set of requirements which must be followed in each case. Thus the “checklists” in VS v Home Office [2014] EWHC 2483 (QB) and R(AB) v Kent County Council [2020] PTSR 746 are not to be considered requirements of fairness in each case. Importantly, the factors outlined in VS and AB remain elements of “good practice” and “general guidance” and in some cases they may be requirements of fairness and in others, they will not. Compliance with the legal standard of fairness is a matter of function and substance, not merely form.

Flowing from this, Swift J addressed two particular requirements. First, in obiter, he disavowed the requirement that fairness requires two social workers be present for an age assessment: §19. Second, he held “not without considerable hesitation” that fairness does not always require an appropriate adult be present: §20. Importantly, this does not mean that age assessments should not have two social workers or an appropriate adult. To some extent this is in keeping with FZ, which held that the failure to have an appropriate adult “contributes” to whether the young person should be given permission (FZ, §25).

In his judgment Swift J said that the distinction between short form age assessments and full Merton-compliant age assessments was a “legally irrelevant” distinction: §31; people can reasonably disagree on the limits of the class of an obvious case: §42.

Therefore, he held that all cases must start with the principles outlined in Merton of a reasonable investigation and a fair process: §32. What that will require will depend on the circumstances of the case.

Importantly, where an interview takes place (§32):

A fair interview will permit the person who is being assessed a genuine opportunity to explain his position to answer questions that may be put to him and to respond to matters adverse to his case. What is necessary for this purpose must take account of the circumstances of the person, for example whether an interpreter is required or whether he should be given an opportunity for an appropriate adult to be present.

This does not mean there needs to be a separate interview or occasion to consider the adverse matters, Swift J held: §52. However, I would suggest, one can see why one would be necessary in more lengthy interviews.

While the question of whether a process was fair is a matter for the court, it is for the social workers to justify why such steps were taken or not taken: §34.

Swift J rejected the concept of margin of error and benefit of the doubt, this is not a legally relevant standard, it is pragmatic caution recognising that the assessment task is difficult and can be difficult to distinguish between those just under 18 and those a little older: §39

Swift J held that as HAM was “able to advocate for himself” the failure to have an appropriate adult was not unlawful: §46. While it may have been unlawful for the wrong interpreter to have been present, this was resolved prior to the meeting and did not render it unlawful: §43.

Nonetheless, as the social workers had not put all the points to him which formed the basis of their decision, this was not a fair process and thus it was unlawful. In response to a particular question, HAM had said that he did not know if he was a child or not; the local authority submitted that this meant  that the conclusion was ultimately correct. However, Swift J rejected this submission holding that the key is the fair process, not simply that the assessors considered that the conclusion was correct: §51.

Swift J declined to quash the decision on the basis that the error was not of “the most serious nature” and that there was limited public interest in requiring the council to revisit the matter, given their finite resources: §55.

While some aspects of the case will give cause for concern, this decision provides some key clarifications that strengthen the procedural safeguards available to unaccompanied asylum-seeking children.

First, it is now clear that the common practice of conducting “short form” age assessments purportedly based on physical appearance and demeanour, but which also included interviews taking place, will be unlawful unless there is a “minded to” process in which the young person is given “a genuine opportunity to explain his position to answer questions that may be put to him and to respond to matters adverse to his case.” (§32).

Second, the removal of so-called “checklists” in (VS and AB) should be seen in the broader context of the judgment. Swift J considered that these checklists may still be good practice, but what is important is all the circumstances of the case – a broader concept not limited to the factors outlined in VS and AB.

The more concerning aspect is whether local authorities will now consider that there is no longer a need to have two social workers present, or an appropriate adult present. In my view, to do so would miss the crux of Swift J’s judgment. In practice, I consider that it would be rare for both not to be requirements of a fair procedure, in particular, for appropriate adults.

Appropriate adults act as important safeguards to ensure a fair procedure is taking place. If social workers are failing to ask open-ended inquisitorial questions, this is where a young person will need an appropriate adult. Whether a young person can advocate for themselves misses the point. The burden should not lie on the young person to stand up for themselves during a stressful process which they may be unaware of their rights. Therefore, while the case law relating to police interviews and children may seem like a world away, in practice the importance is the same: you require an appropriate adult to ensure the process is fair regardless of whether you are innocent or guilty of an offence and the same ought to apply here.

The concern about relying on a young person to advocate for themselves is that in many circumstances, local authorities may consider it a factor in favour of the young person being an adult. An appropriate adult ensures that this does not occur and that the process is fair and the factors relied upon do not arise out of the procedural unfairness itself.

Indeed, Swift J did not make mention of the recent decision in R (MA and HT) v Secretary of State for the Home Department [2022] EHWC 98 (Admin) in which the importance of an appropriate adult was emphasised. It is possible to distinguish this as this concerned the Secretary of State for the Home Department assessing for immigration purposes and in the circumstances of that case it is likely an appropriate adult would have been a requirement of fairness. In any event, as said above, FZ said the failure is a factor in favour of permission being granted, a binding authority on the High Court in this context.

Further, removing the legal requirement of margin of error and benefit of the doubt is concerning. However, as the standards of short form assessments ought to be more rigorous now, it is hoped that this will obviate the need for such a legal standard. In any event, it remains the case that it is "pragmatic caution" to recognise such a margin of error inherent in some cases.

Finally, Swift J states that the age assessment should not be quashed because it is not an error of the most serious nature and that there is limited public interest in requiring the council to revisit the matter. In my view, the reasoning for this is slightly less clear. It can be understood in the broader context where the claim is being transferred, but in isolation it may lead to unhelpful conclusions. Where there has been an unlawful decision, the correct approach is to quash that decision, particularly where it involved a vulnerable putative child who does not have resolution to his or her age.  Further, the question of finite resources does not stand up when considering that more resources will be expended on litigation, which could have been avoided by a lawful age assessment being conducted with appropriate procedural rigour.