The views and opinions expressed within these insights are those of the authors and do not necessarily reflect the official policy or position of Doughty Street Chambers.
All Posts Subscribe
July 21, 2022 | 4 minutes read 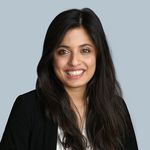 Cifci v Crown Prosecution Service [2022] EWHC 1676 (Admin) is an important ruling on the interaction between the prohibition on discrimination in the Equality Act 2010 and the power to stop, examine and detain pursuant to Schedule 7 Terrorism Act 2000. That power may be exercised, even if the examining officer has no suspicion of any offence.

The Divisional Court held the Chief Magistrate erred in law. It upheld the Appellant’s argument that, to convict a person for an offence of obstructing a schedule 7 stop, the criminal court must be sure that the stop was not unlawful and was not discriminatory. More specifically, the criminal court must be sure a protected characteristic did not have a significant influence on the decision to stop.

Mr Cifci is a member of the Kurdistan National Congress (“KNC”). On 19 March 2020 at St Pancras International he was stopped by a police officer, questioned, searched and detained for 3-4 hours and various items of his property were copied or seized pursuant to Sch.7 including his mobile phone and laptop computer. He refused to provide the PIN and password for his devices which resulted in him being charged and later convicted of an offence pursuant to para.18(1)(c).

In his trial at Westminster Magistrates’ Court, the examining officer gave evidence that he had asked Mr Cifci about the nature of his political beliefs in relation to the self-determination of Kurdish people, his political activity with the KNC, and any association he might have with the Kurdish group named the “YPG”. The examining officer confirmed that neither the KNC nor the YPG were proscribed. Mr Cifci was not asked about any association with any proscribed organisations. In questioning, the examining officer conceded that Mr Cifci’s political views could have been a factor in why he was stopped. Mr Cifci argued, at trial, that the court could not be sure that his protected characteristic (i.e. his political belief) in Kurdish independence did not have a significant influence on the decision to stop him, so should be acquitted.

On an appeal by way of case stated, the Divisional Court accepted Mr Cifci’s submissions that the Chief Magistrate erred in law. The Court found that Schedule 7 powers are “broad and intrusive”. “[A] person cannot be convicted under para 18(1)(c) of the TA 2000 unless the decision to search of examine is lawful.” Further:

37… there are two relevant questions to be answered by the court: (i) was the purpose of the stop the Sch.7 statutory purpose? (ii) did the appellant’s protected characteristic have a significant influence on the decision to stop? They are separate questions and each must be asked.”.

The Divisional Court accepted that, for discrimination to be made out, it is sufficient that the defendant’s protected characteristic had a significant influence on the decision, even if it was not the main purpose for the decision.

The Chief Magistrate erred in law because considered discrimination was only relevant if it showed the stop was not for the statutory purpose. But decisions can be reached for more than one reason. Even if the main purpose of the stop was the statutory purpose, on the evidence before the court, the Chief Magistrate should have proceeded to a second question namely was there evidence of unlawful discrimination, that is, did a protected characteristic have a significant influence on the decision to stop? He failed to ask question (ii), above.

Although ultimately the case stated was dismissed on the facts because it was open to the Chief Magistrate to find that there had not been unlawful discrimination, this decision represents an important statement of principle in relation to the use of Schedule 7 powers. The April 2022 report of the Independent Reviewer of Terrorism Legislation observed that only 18% of those examined pursuant to Schedule 7 identify as white, 65% of those examined self-identify as mixed, black, Asian, Chinese or other. Discrimination in the use of Schedule 7 powers remains a live issue and the Divisional Court has today confirmed that where such powers are exercised in a discriminatory matter; individuals who refuse to comply may not be subject to a criminal conviction pursuant to Schedule 7 as a result of that refusal.

Adam Straw QC and Tayyiba Bajwa were instructed by Ali Has and Bilal Tanveer at Morgan Has solicitors, on behalf of the Appellant.