Timed out? Time limits in employment discrimination cases under the Equality Act 2010 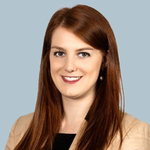 Yorkshire County Cricket Club recently settled an employment claim for race discrimination brought against it by former player Azeem Rafiq and apologised for the racist abuse Rafiq had endured when he played for the Club.

Rafiq’s case may give a misleading impression about the time period in which a discrimination claim against an employer can be brought under the Equality Act 2010. It may at first glance appear that Rafiq was able to bring a claim against Yorkshire County Cricket Club which concerned racist treatment which occurred a number of months and years prior. However, discrimination claims against an employer must be brought within a very short period of time unless a relevant exception applies as was contended for in Rafiq’s case.

The Equality Act 2010 sets out strict time limits for bringing a claim against a current or former employer who has carried out a discriminatory act. This includes omissions on the part of the employer such as making a decision not to provide reasonable adjustments. Where the complaint relates to a failure to do something, it is treated under the Act as having occurred at the time the person decided not to do it (section 123(3)(b) Eq Act 2010).

If, but for the so called ‘stop the clock’ effect of the EC conciliation procedure, the three month time limit would have expired during the conciliation process, the time limit is extended so that it will not expire until one month after the day on which the complainant receives the EC certificate from ACAS (section 140B(4)).

Therefore in cases in an employment context involving a one off act of discrimination or one off omission which is discriminatory, individuals with a potential claim will have just under three months from the date of the act or decision not to do something in which to start their claim by starting the EC procedure. They will likely then have one month in which to bring proceedings in the tribunal after receiving the EC certificate.

As such, in practical terms a complainant will have the benefit of the time period between the relevant act or omission and the date that they commence EC (which could be anything up to just less than three months) plus the duration of the EC procedure plus one additional month in which to bring employment proceedings before their claim will be timed out under the Act.

In addition to the extension of time provided to enable the EC procedure to be carried out and a specific exception made for cases involving the armed forces, the following exceptions exist to the three month time limit:

The employment tribunal has a discretion to extend the three month time limit in circumstances where it considers that it would be “just and equitable” to do so (section 123(1)(b) Eq Act 2010).

The civil courts have a similar discretion in discrimination claims outside the employment context to allow claims to be brought after the six month time limit (section 118(1)(b) Eq Act 2010).

In deciding whether it would be just and equitable to extend the time limit in a particular case the tribunal will consider various factors including the reasons for the delay, the actions of the parties and any prejudice which would be caused to the parties by the tribunal’s decision about extending time.

Circumstances in which a continuing act may arise include:

The effect of this exception is that where an employee has been subject to discrimination at work over a period of time whether from one or various individuals within in an organisation, they will not be out of time to bring a discrimination claim in the employment tribunal if they can prove that their employer’s acts or omissions which occurred more than 3 months ago are evidence of a discriminatory state of affairs which continues to prevail.

This exception enables claims in respect of institutional discrimination or a prevailing culture of discrimination within an organisation which may otherwise fall foul of the three month time limit to be brought in the tribunal.

In conclusion, you should not assume that that any possibility to bring a claim against a current or former employer has been lost because three months have passed since a discriminatory act or omission by your employer or a colleague.

The point at which time starts to run on the three month time limit will depend on the particular facts of each individual case and it is entirely possible that even in cases where discriminatory acts have occurred over a period of years a claim could still be brought within time. This can be seen clearly from Rafiq’s claim against Yorkshire County Cricket Club.

Further, given the extension of time to enable Early Conciliation and the specific exemptions to the three month time limit, in some cases the time limit may extend well beyond three months from the date of the relevant act or omission.

However, given the short nature of the time limit under the Equality Act for claimants bringing discrimination claims within an employment context, seeking legal advice quickly is a prudent step for any potential claimant in order to mitigate the risk of being timed out.

Caragh Nimmo is a barrister at Doughty Street Chambers specialising in Equality and Discrimination law and previously worked as a solicitor at the Equality and Human Rights Commission.