The views and opinions expressed within these insights are those of the authors and do not necessarily reflect the official policy or position of Doughty Street Chambers.
All Posts Subscribe
September 28, 2021 | 7 minutes read

This was a successful claim against Russia regarding the killing of Alexander Litvinenko brought by his wife, Marina Litvinenko aka Maria Carter. The article 2 claims were that i) her husband was killed with the connivance of the Russian authorities on UK soil and ii) that Russia failed to conduct an adequate investigation into his death. Thus, she argued, that Russia was responsible both abroad and at home.

The fact and manner of Mr Litvenenko’s death in 2006 are well-known and routinely described as an act of nuclear terrorism on the streets of London. We will highlight what we consider to be the novel aspects of this EctHR judgment.

The claim was lodged in Strasbourg long before the inquest proceedings began, and the public inquiry was completed. The court agreed to stay the proceedings until the completion of the inquiry.

Given the inadequacy of the Russian criminal investigation into Mr Litvinenko’s death (which Mrs Litvinenko argued was a breach of the article 2 investigative duty), she applied to the ECtHR to admit the whole of the UK public inquiry report in evidence to support her claim that agents of the Russian State were responsible for her husband’s death. The Russian government objected on two bases:

1. It was not the role of an inquiry to determine anyone’s civil liability or criminal guilt.

2. The Investigative Committee of the Russian Federation (“ICRF”) had carried out an analysis of the report prepared by the Chairman to the inquiry and concluded that his findings were inconsistent with the evidence which it had itself put forward, and that the Chairman had acted in contravention of British law.

The court examined the quality of the domestic investigative process, and the thoroughness and consistency of the proceedings in question, in accordance with its usual approach to the admissibility of findings in domestic proceedings, albeit in this case the domestic proceedings were in a different contracting State. In admitting the inquiry’s findings into evidence, the court examined the provisions of the Inquiries Act 2005 (including the closed material procedure) in detail as well as the conduct of the inquiry itself, finding that

“105. …the inquiry was thorough and meticulous in its assessment of the evidence. Indeed, the Chairman expressly recognised that the circumstances of the inquiry called for an exceptionally rigorous and exemplary approach (see paragraph 58 above). A total of sixty-two witnesses gave oral evidence and witness statements from a further twenty witnesses were read to the inquiry (see paragraph 49 above). The Chairman adduced a large volume of evidence obtained from a variety of sources, but was precluded from considering the evidence obtained from Russia by way of mutual legal assistance as the Russian authorities had refused to allow this material to be used in the inquiry proceedings…”

Sir Robert’s findings to the criminal standard were that Messrs Lugovoy and Kovtun had administered the polonium 210 knowingly to Mr. Litvinenko, and that they were both acting on behalf of someone else. That someone else was probably the FSB (i.e., they were both probably acting under the direction of the FSB) and probably with the approval of Mr. Putin.

Notwithstanding that Sir Robert could not be satisfied to the criminal standard that the Russian State authorised the killing, it was crucial to admit the Inquiry’s findings to succeed on the substantive limb of her article 2 claim, given the usual standard of proof required to establish liability for the actions of State agents.

The court was not deterred by the fact that Mr. Putin was not implicated beyond reasonable doubt. It said this:

“151. In assessing evidence in cases concerning an alleged violation of the right to life, the Court has adopted the standard of proof “beyond reasonable doubt”. However, it has not borrowed the approach of the national legal systems that use that standard, since its role is not to rule on criminal guilt or civil liability but on Contracting States’ responsibility under the Convention. The specificity of its task under Article 19 of the Convention – to ensure the observance by the Contracting States of their engagement to secure the fundamental rights enshrined in the Convention – conditions its approach to the issues of evidence and proof. In the proceedings before the Court, there are no pre-determined formulae for assessment of evidence. It adopts the conclusions that are, in its view, supported by the free evaluation of all evidence, including such inferences as may flow from the facts and the parties’ submissions (see Nachova and Others v. Bulgaria [GC], nos. 43577/98 and 43579/98, § 147, ECHR 2005-VII).

152. In addition, the conduct of the parties in relation to the Court’s efforts to obtain evidence may constitute an element to be taken into account (see Ilaşcu and Others v. Moldova and Russia [GC], no. 48787/99, § 26, ECHR 2004-VII). In this connection, the Court has held that where it is unable to establish the exact circumstances of a case for reasons objectively attributable to the State authorities, it is for the respondent Government to explain, in a satisfactory and convincing manner, the sequence of events and to exhibit solid evidence that can refute the applicant’s allegations (see Mansuroğlu v. Turkey, no. 43443/98, § 80, February 2008, and Tagayeva and Others, cited above, § 586)…”

Ultimately it found that adverse inferences could be drawn from Russia’s refusal to disclose any documents relating to the domestic investigation. It found that Russia had failed to displace the prima facie evidence of State involvement and that “the Court cannot but conclude that Mr Litvinenko was poisoned by Mr Lugovoy and Mr Kovtun acting as agents of the respondent State. The act complained of is attributable to that State ” (§ 136).

The next hurdle was extra-territoriality.

Russia’s jurisdiction over the killing of Mr Litvinenko

“126. Under the personal concept of jurisdiction, “the use of force by a State’s agents operating outside its territory may bring the individual thereby brought under the control of the State’s authorities into the State’s Article 1 jurisdiction” (see Al-Skeini and Others, cited above, § 136). Jurisdiction in such cases does not arise solely from the control exercised by the Contracting State over the physical premises in which individuals are held but rather from “the exercise of physical power and control over the person in question” (ibid., § 136).”

The court held that a State’s extra-territorial jurisdiction extends to: “cases of extrajudicial targeted killings by State agents acting in the territory of another Contracting State outside of the context of a military operation.” §130. It mentioned a number of previous cases where the targeted attack on a specific person in a foreign State triggered the home State’s jurisdiction: §127 and 129. It noted:

It made clear that, in such cases, it was not necessary to show that the home State’s agents exercised powers of arrest or detention over the victim. It was the exercise of physical power and control over the victims’ life by targeting that person in another State, which of itself gave rise to jurisdiction. This should be distinguished from armed confrontation and fighting between military forces: §129 and 150.

The court concluded that the poisoning of Mr Litvinenko amounted to an exercise of physical power and control over his life (§161) which meant the killing fell within Russia’s jurisdiction. The two killers acted as Russia’s agents (§169), so the killing was attributable to Russia. The findings of the public inquiry in the UK were treated as being conclusive, and the court held there was a substantive breach of article 2 by Russia.

This indicates domestic case law on this issue is wrong (or at least add odds with Strasbourg). In R (Al-Saadoon) v. Secretary of State for Defence [2017] QB 1015 (a case about alleged killing and mistreatment by the British military in Iraq) the Court of Appeal held that the use of lethal force by agents of ‘State A’ in the territory of another State cannot bring that killing within State A’s jurisdiction. Following Carter, that is not sustainable.

The leading case on cross border investigations is Guzelyurtlu v Cyprus (2019) 69 EHRR 12. It was considered in R (GS) v. HM Coroner for Wiltshire and Swindon [2020] 1 WLR 4889, in which the High Court decided that the UK was not required to investigate an allegation that Russian agents killed a person in the UK by means of a nerve agent named Novichok.

In Carter v Russia the court decided that Russia’s jurisdiction did arise in respect of the article 2 procedural duty. Its reasons were:

“133. The Court notes that the Russian authorities instituted their own criminal investigation into the death … [This] established a “jurisdictional link” between the applicant, who complained under the procedural limb of Article 2 in respect of her husband’s death, and the Russian ...

134. In addition, the Court notes that the suspects in the murder are Russian nationals who, since their return to Russia, have enjoyed the constitutional protection from extradition... As a consequence, the United Kingdom authorities were prevented from pursuing the criminal prosecution of the suspects… the fact that the Government retained exclusive jurisdiction over an individual who is accused of a serious human rights violation constitutes a “special feature” of the case establishing the respondent State’s jurisdiction under Article 1 of the Convention in respect of the applicant’s complaint under the procedural limb of article 2”

The court awarded Mrs Litvinenko €100,000, for non-pecuniary damage. However, it declined to make an award for exemplary or punitive damage.

Maya and Adam have both represented Marina Litvinenko at different stages of her legal journey which began with inquest proceedings and ended in the ECtHR. They were instructed by Elena Tsirlina 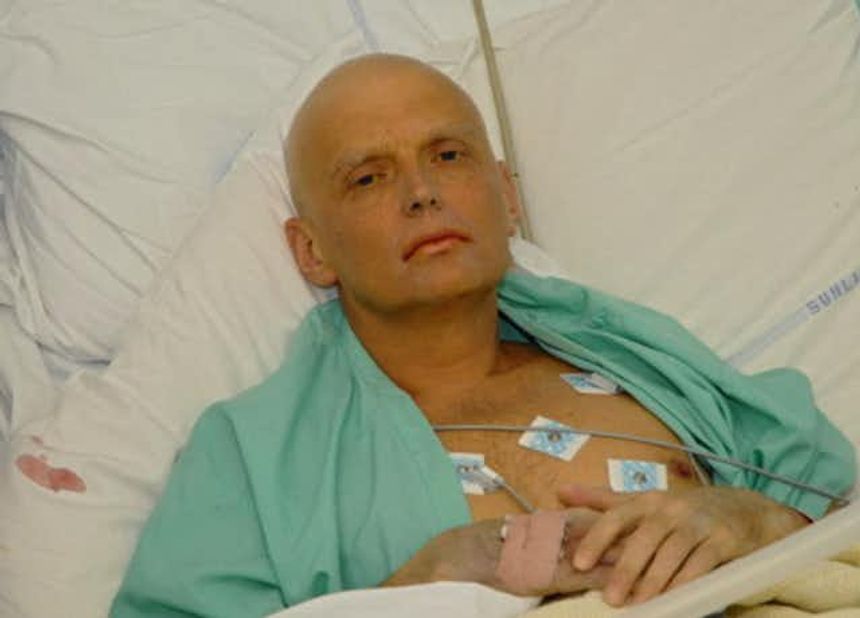