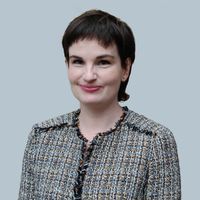 Anyone familiar with this area will be aware that children and young people with SEND often face severe delays in having their EHCPs updated. The Local Government Ombudsman's damning October 2019 report 'Not going to plan? Education Health and Care plans two years on' makes clear that severe delays are endemic in the EHCP system.

By way of illustration, the Appellants in this case were three children with EHCPs. There had been annual review meetings for each child. However, the time taken from the annual review meeting until a final amended plan was issued in each of the cases was over 19 weeks, over 25 weeks, and almost 31 weeks respectively.

The core issue in this case was the correct interpretation of Regulations 20 and 22 of the SEND Regulations. Put shortly:

The case at first instance was heard by HHJ Gore QC ([2020] EWHC 2054 (Admin), although the case report is not on Bailii). HHJ Gore QC refused to determine the issue of statutory construction on the basis that the claim was academic; by the time the case got to court, all three claimants had been issued final amended EHCPs.

The matter on appeal was whether HHJ Gore QC was right to refuse to determine the claim. That is, was the claim academic, given that the Appellants had EHCPs which would be subject to annual reviews in the future and might, therefore, be affected again by the Respondent's interpretation of the SEND Regulations? If the claim was academic, should he have nevertheless exercised his discretion (as set out in R v Home Secretary ex p Salem [1999] AC 450 at p 457) to determine the claim?

The Court of Appeal did not finally determine whether the claims were academic. However, they held that if the claim was academic, it should nevertheless have been decided. Delivering the leading judgment, Lady Justice Elisabeth Laing DBE held at para 56:

As the Judge erred in principle in the exercise of the discretion, this Court can exercise it afresh. The dispute in this case is a pure issue of statutory construction. The issue potentially affects many children and young people who have EHC plans (and their parents), and the local authorities which are responsible for maintaining those EHC plans... The issue concerns a short period in a longer process, so it is unlikely ever to be live by the time an application for judicial review reaches a substantive hearing, and, therefore, unlikely to be decided unless in these claims... It follows that there are good reasons in the public interest for the claims to be heard...

Accordingly, the case has been remitted to the Administrative Court to determine the issue of statutory construction. Another post will follow once we have an authoritative decision on this important aspect of the SEND Regulations.

The Court of Appeal decision itself provides useful guidance on the application of the discretion set out in Salem to determine academic claims. In particular, Lord Justice Peter Jackson contributes some interesting observations about what it means for a claim to be 'academic' and whether a decision of a court in relation to an academic issue will be by definition obiter (the answer: where a court is dealing with concrete and undisputed factual situations, even a decision on an academic claim may constitute binding authority Cf. R v SSHD ex parte Wynne [1993] 1 WLR 115).

Alice Irving was junior counsel for the Appellants, lead by Stephen Broach and instructed by Watkins Solicitors.

The issue potentially affects many children and young people who have EHC plans (and their parents), and the local authorities which are responsible for maintaining those EHC plans...