The views and opinions expressed within these insights are those of the authors and do not necessarily reflect the official policy or position of Doughty Street Chambers.
All Posts Subscribe
March 5, 2021 | 8 minutes read

The rise in the use of post-arrest powers of search

When a search operation takes place at commercial premises it can cause severe disruption. It is highly likely that computers, mobile phones, and documents will be seized meaning that the business cannot operate. If the operation takes place under a search warrant, the warrant circumscribes the power and scope of the search, following a detailed application to court with the safeguards that that process entails. When something goes wrong, as it often does, there is a tried and tested route to challenge the search and seizure operation by way of  judicial review.

It may be a consequence of this by now well-known susceptibility to challenge which has led to investigating authorities moving away from seeking search warrants, and towards the use of search powers under the Police and Criminal Evidence Act 1984 (‘PACE’) which only arise following the lawful of arrest of a suspect.

Those suspected of involvement in white collar crime will most usually co-operate with what will be a lengthy and detailed investigation. Therefore, while there may be a desire on the part of the authorities to secure material that they fear might otherwise be destroyed once an investigation becomes known, very often there will be no need to arrest the suspects; just a need to obtain a search warrant before the operation becomes overt.

The rise in the use of post-arrest search powers in this situation comes with an obvious and fundamental problem; someone must be arrested and deprived of their liberty before the powers can be used. The lawfulness of an arrest in such a situation, and the consequential search and seizure operation that follows may be questionable in a great many cases. For an arrest to be lawful there must not only be reasonable grounds to suspect that the arrestee has committed an offence, but the arrest must be “necessary” for one of the statutory reasons in section 24(5) of PACE. It is whether an arrest may be regarded as necessary so to give rise to an ability to conduct a search of premises that presents the legal difficulty for investigating authorities.

Code G of the PACE Code of Practice refers to an arrest being justified for the “prompt and effective investigation” of the offence (the reason almost invariably relied upon and contained in section 24(5)(e) of PACE) to conduct a search if there is a “need to enter and search without a search warrant…”. This is where the authorities may come unstuck. The search of commercial premises, or of the home of suspect in a complex financial criminal investigation, will be a part of a detailed and pre-planned operation. The planning of a search and seizure operation comes with the opportunity to apply to a court for a search warrant.

The courts have held that the need to show a necessity to arrest “plainly requires more than [something that is] merely desirable or more convenient to the arresting authority” (paragraph 26 of B and others v The Chief Constable of PSNI [2015] EWHC 3691).

As the part of Code G quoted above reflects, an arrest to give rise to the powers of entry and search under the post-arrest powers contained in sections 18 and 32(2)(b) of PACE could only be justified when it is not practically possible to obtain a warrant first. The terms of section 18(5), disapplying the requirement to obtain an Inspector’s authority under section 18(4) before the search can take place, implies an urgency in the situation that pertains, as does the limitation of the power under section 32(2)(b) to search premises that the arrestee was in at the time of arrest or “immediately” prior to it. If this were not so, then the statutory protections inherent in obtaining a search warrant, with the higher threshold test of “reasonable grounds to believe” the criteria to be satisfied, would be severely undermined.

Part II of PACE, where section 18 is found together with the powers in section 8 and 9 for courts to issue search warrants, bears the title “Powers of Entry, Search and Seizure.” Part III of PACE, where section 32 is found, bears the title “Arrest”.  The use of the powers under sections 18(1) and (5) or section 32(2)(b) are lawful and proportionate if a need to search premises presents itself following an unplanned arrest, when the exigency of the situation means that there could be no application for a warrant, and no opportunity to seek an Inspector’s authority to search the premises under section 18(4). If the search and seizure operation is pre-planned, and that the arrest otherwise unnecessary, it would be a misuse of statutory power to arrest the suspect so to give rise to the contingent powers of search and seizure.

The power to search premises under section 32(2)(b) has the fewest safeguards, and its very terms indicate that its provisions relate to an urgent situation in which the absence of such safeguards would be proportionate. It relates only to premises where the arrestee was when arrested or was immediately prior to arrest. Section 18 is broader and applies to any premises “occupied or controlled” by the arrestee. If an arrest is lawful both powers would arise, permitting a search of any premises to which section 32(2)(b) relates regardless of whether they are occupied or controlled by the arrestee, and also to those that are, pursuant to section 18(1). The difference in scope must be given significance.

Section 32 contains a power to search the person as well as premises. When the section is read as a whole and given its place in the scheme of PACE, it is clear that the provision was intended to confer powers of search when an unexpected arrest takes place, or alternatively, when an unexpected search is required which could only be performed under post-arrest powers. The power is narrower than section 18 (which also applies to arrests that take place at a police station) and is permitted without any external scrutiny. It is narrower because it only permits a search of premises in which the arrest took place or where the arrestee was immediately prior to arrest. In that way it is proportionate to the circumstances for which it was intended but would not be if the power was used beyond its proper context.

Practical examples are obvious; section 32(2)(b) would be apt to search a getaway car, or premises to which a suspect fled and hid and in which he was arrested, or premises which a suspect passed through immediately before arrest and in which he may have disposed of evidence. These circumstances are far removed from a pre-planned search of a person’s home, or a business’s premises, for articles that are capable of particularisation on a search warrant. The only safeguard for the individual, be that the arrestee or the occupier or owner of any premises that fall to be searched under section 32(2)(b), is that the search is limited to “evidence relating to the offence”, provided that the offence is indictable.

By contrast section 18(1) contains a broader power. Together with section 17, it sits in Part II under the subheading “Entry and search without search warrant.” Section 17 is entitled “Entry for purpose of arrest etc”, and section 18 “Entry and search after arrest.”  The power subsists while a person is “under arrest for an indictable offence.”

It is therefore not by chance, or loose drafting, that section 32 appears in Part III of PACE, for it is a summary power of search, directly associated with the use of an unexpected summary power of arrest. It is a limited power, with limited safeguards, but proportionate to the exigencies of an unexpected situation. Section 18(1) contains this broader power because it is normally subject to authorisation by a constable of the rank of Inspector before it is exercised (section 18(4)). That authorisation is recorded (section 18(7)), and this includes a record of the “nature of the evidence that was sought”. Its existence implies an urgency short of that necessary for section 32(2)(b), but greater than time would allow to obtain a search warrant. In practical terms, it may be necessary to search a lock up, or some other premises occupied or controlled by the suspect and which may be interfered with by another (perhaps someone aware of the arrest) before there was time to obtain a search warrant.

“69.  …The safeguards in Part II of PACE are there for a purpose and should not be circumvented systematically…”

Very often there is a legitimate need to both arrest a suspect and conduct a search at the same time. The dawn raid at the drug dealer’s house is a paradigm example. The element of surprise is required to both search the house for evidence and arrest the suspect. In those circumstances a search warrant is routinely obtained for the planned operation. The reason is obvious: the drug dealer may not be at home at the time of the raid, and others who are totally innocent may also occupy the property. If someone is not at home at the time of the raid, he cannot be arrested, and if that were the case then no search of the premises could take place unless the police also possessed a search warrant. However, if the police had entered the home in these circumstances under section 17 PACE, and failed to find the suspect, it would be highly likely that he would learn of the intervention and would either flee or conceal evidence, or both. In such a scenario the operational initiative contained in the element of surprise would be entirely wasted. Such circumstances do not readily translate to the investigation of white-collar crime where the co-operation of a suspect may usually be anticipated.

Where different powers exist in a statute which permit of the same conduct, in different places, with a different level of safeguard for the individual, it may be presumed that they are to different purpose. There could be no purpose in having different provisions to cater for the same situation. It is a subversion of a statutory power to use it in a context for which it was not intended.

For a warrant to issue pursuant to either section 8, or section 9 and Schedule 1 of PACE the court needs to be satisfied of the relevant statutory criteria, and the higher threshold test. No arrest is necessary, and a warrant may issue for any premises regardless of whom they may be controlled or occupied by, provided that the criteria are satisfied. There is also a need for compliance with section 15(6)(b) of PACE in that the articles sought need to be particularised, and the warrant would need to be executed in accordance with section 16.

The powers of search and of seizure under PACE are designed for use in different situations. All are Draconian provisions, but the differing scope, levels of oversight, checks and balances, and location in the scheme of the statute point to their purpose and proportionality when used correctly.

There could be no need to arrest a suspect and deprive that person of their liberty simply to permit a search operation when there is time to apply to court for a search warrant. Any such arrest may be challenged on that basis, and the authorities are wrong to believe that conducting a search operation in this way provides some greater protection from a challenge to the search, indeed it may provide a challenge that might otherwise not have existed. 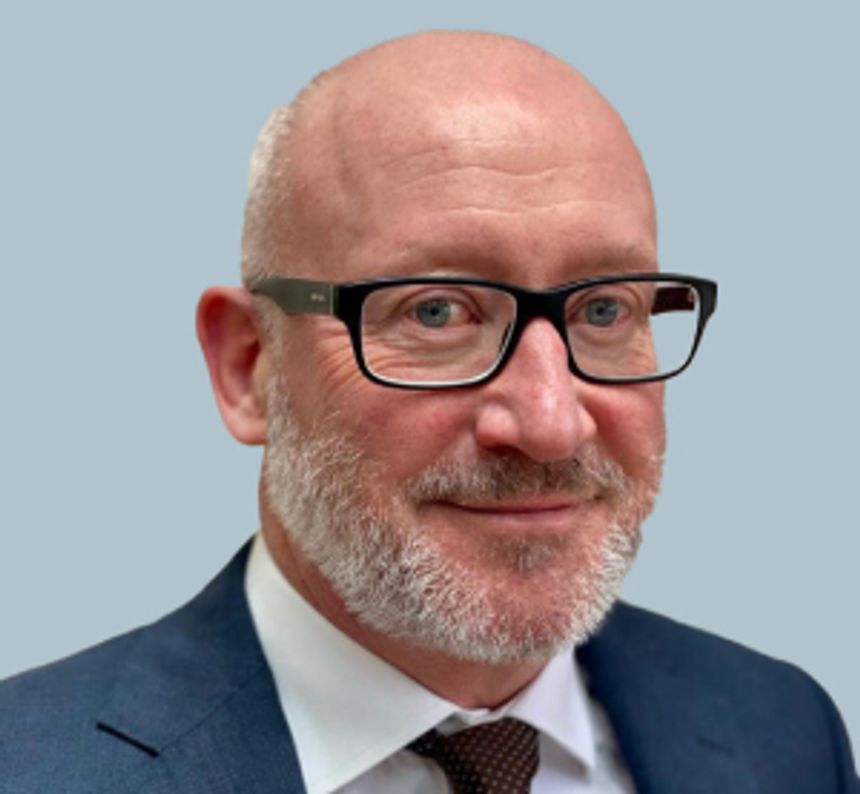