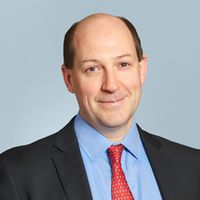 In a fresh reversal for its long-standing practice of charging people large fees for various immigration-related processes, the Home Office has agreed to withdraw its policy on fee waivers for visa applications, on the grounds that it is unlawful.  It has agreed to re-issue the policy so as to make clear that the correct criterion for being granted a fee waiver is affordability: whether the applicant can afford to pay the fee.

This is a significant advance for people applying to come to the UK on human rights grounds – in particular to join family members in this country – who are unable to afford fees now amounting to over £3,000 each (including the associated immigration health surcharge).

This follows on from the recent decision of the Upper Tribunal in R (Dzineku-Liggison) v SSHD [2020] UKUT 00222 (IAC) that the in-country fee waiver policy was unlawful because it incorrectly asked whether applicants were destitute and not (as the Home Office accepted it should do) whether they could afford the fee.  (My colleagues and I discussed that case in more detail here.)

After Dzineku-Liggison, the Home Office amended its in-country fee waiver policy, although it took some nine months for it to publish a new version of that policy (on 5 March 2021) which at last makes clear that affordability, and not destitution, is the correct test. At the time of writing, however, the online application form still incorrectly requires people to show that they are not destitute; and some aspects of the in-country fee waiver policy may still be open to challenge - not everyone, for instance would agree with the Home Office that paying for holidays (particularly for children) is excessive or unnecessary expenditure so as to potentially disqualify someone for a fee waiver, and it isn't obvious why people on benefits (where eligible for them) are not simply 'passported' to a fee waiver rather than having to prove that their benefits do not cover thousands of pounds for Home Office fees.

As to fee waivers for entry clearance applications, the policy entitled ‘ECB06: entry clearance fees’ – it remains on the Home Office website at the time of writing this – has been worded somewhat differently to the in-country one.  As well as being significantly less detailed, it not only required an applicant to show that they were destitute but also included an additional hurdle of ‘exceptional circumstances’: that was vaguely defined but appeared to involve unusual circumstances relating to the wider situation in which the applicant found themselves, ‘for example, civil war [or] natural disaster’.  That, clearly, was a threshold so high that it could rarely, if ever, be met.  The result was people being wrongly separated from family in the UK or otherwise unable to assert their rights to return here.

The policy was also incompatible with two earlier judgments of the High Court – QB v SSHD [2010] EWHC 483 (Admin) and R (Sheikh) v SSHD [2011] EWHC 3390 (Admin) – both of which decided that ability to pay was the relevant criterion for waiver of a fee in an entry clearance application, and neither of which provided any basis for the inclusion of an ‘exceptional circumstances’ test.  Although neither case referred to destitution as the relevant test, the Home Office had, for around a decade after those judgments were given, left in place a requirement in its visa fee waiver policy to prove destitution.

A challenge to that policy was brought in late 2020 by three (otherwise unconnected) people who had applied for entry clearance to travel to the UK on human rights grounds.  Two of them are men seeking to join a British partner and child in the UK (one of them also has a child outside the UK); in each case, the applicant was largely dependent on income from his UK-based partner, who was on benefits and having to act as carer for another relative in the UK, as well as for the couple’s child.  The third applicant is a victim of transnational marriage abandonment seeking to return to the UK, who is in financial hardship and poor health as a result of her experiences.

They challenged the policy on a number of grounds: in particular that:

The Home Office did not seek to defend the policy.  After seeking additional time to respond to the challenges, it agreed to withdraw and revise the policy ‘with a view to introducing a criterion of affordability’.  It agreed to reconsider each of the individual applications, either once the new policy is in place, or sooner if the applicants can show urgency.

I have posted an anonymised copy of the order in one of the cases – the others are in materially the same terms – here.

Clearly this is a significant boost for people being separated from their families, or otherwise prevented from asserting their human rights in the UK, by huge visa fees.

Nonetheless a number of problems remain.

First, the Home Office refused to agree to a timetable for introducing a revised policy.  Whilst it is understandable that a new policy may take some time to draft and approve, perhaps especially during the period of the pandemic, it ought to have been clear, if anyone at the Home Office had thought about it, that the existing visa fee waiver policy would need to be revised once Dzineku-Liggison was decided in May 2020; moreover, the lack of a clear policy or a timetable for introducing one leaves applicants, including those who brought the challenge, in something of a limbo.  If people can show a degree of urgency, the Home Office may be prepared to consider applications before the new policy is in place.

Second, anyone, including the successful applicants in this case, needing to seek a fee waiver currently lacks clarity over exactly what they have to prove, and how.  It seems likely that the Home Office will have to consider any future (or indeed pending) applications against a criterion of affordability, even before the new policy is published, and applicants may have to be advised to adduce evidence of their inability to pay, as well as the ability of any family members in the UK to pay on their behalf; but exactly how the Home Office will approach the assessment of this issue remains unclear.

Third, the more far-reaching concession in Dzineku-Liggison – that no fee is payable for human rights claims in any event – is not reflected in the order agreed by the Home Office, although it did form part of the challenges.  Relatedly, that concession still does not currently play any part in the in-country fee waiver policy, even as updated in March 2021.  Whether this concession will play any part in the new visa fee waiver policy, or whether the Home Office will (for instance) argue that it does not apply to people outside the UK, remains to be seen.

Together with the excellent recent victory by the PRCBC on fees for children registering as British citizens, major inroads have been made into the exorbitant fees charged by the Home Office, but the Home Office remains wedded to the idea that fees should be charged well above the cost of handling applications.  There remain substantial battles to be fought.

I had the privilege of being instructed in two of these three cases by Enny Choudhury of JCWI and by Nath Gbikpi of Islington Law Centre in the other.

What is the Home Office not telling us?
Alasdair Mackenzie

Deportation: when is it "unduly" harsh on a child?
Alasdair Mackenzie
Recent posts from Doughty Street