The views and opinions expressed within these insights are those of the authors and do not necessarily reflect the official policy or position of Doughty Street Chambers.
All Posts Subscribe
February 24, 2021 | 9 minutes read

Recent changes to the release provisions made by the Terrorist Offenders (Restriction of Early Release) Act 2020 (passed in response to the London Bridge atrocity in January 2020) and the Release of Prisoners (Alteration of Relevant Proportion of Sentence) Order 2020 (passed in April 2020) require prisoners serving fixed term sentences for terrorist offences or serious sexual or violent offences serve 2/3 of their sentence before being considered for release, have led to calls for a corresponding uplift in the minimum terms to be served by discretionary life prisoners.

The initial assumption upon the introduction of the statutory discretionary life sentence was that the minimum term to be served by such prisoners would be one half of the notional determinate save in exceptional circumstance (see Szczerba [2002] EWCA Crim 440). That was based upon the assumption that this was the norm for prisoners serving determinate terms.

The drift away from the one half assumption started in 2012 when the Legal Aid, Sentencing and Punishment Act amended the Criminal Justice Act of 2003 by creating the extended sentence regime in sections 226A and 226B for dangerous offenders. Prisoners sentenced to an extended sentence were required to serve 2/3 of their sentence before being considered for parole. It was argued in A-G’s Reference (No 27 of 2013) (R v Burinskas) [2014] 2 Cr App R (S) 45 that this created an anomaly with discretionary life sentence prison ers, who habitually required to serve ½ of the notional determinate term fixed as their minimum time to serve, before being considered for parole. The suggestion by the defence in Burinskas was that the court should reduce the length of extended sentences to achieve parity. The Crown responded by saying that the minimum term for discretionary life sentence prisoners should (by contrast) be increased to remedy the disparity. This argument was roundly rejected by Lord Thomas the LCJ stating at para 36 and 37.

The passage last year of the amending provisions requiring fixed term prisoners to serve 2/3 has led to a spate of recent litigation. Section 247A of the CJA 2003 was amended by the Terrorist Offenders (Restriction of Early Release) Act 2020 to require terrorist offenders to serve 2/3 of their sentence before being considered for release, and the Release of Prisoners (Alteration of Relevant Proportion of Sentence) Order 2020 made similar provisions for those sentenced to more than 7 years for serious sexual or violent offences. The courts have had to address the impact of these provisions on the minimum terms to be served by discretionary life prisoners.

In R v Khan [2020] EWHC 2084 (Admin), in rejecting an human rights compatibility challenge to the 2/3 release regime introduced by Terrorist Offenders (Restriction of Early Release) Act 2020, the court (Fulford LJ and Garnham J) were persuaded in July 2020 to rely fairly exetensively upon a “helpful account provided in her witness statement by Mrs Niranda Wilkinson, Head of Counter-Terrorism and Strategic Projects at the Ministry of Justice”1 in summarising generally “Sentencing for Terrorist Offenders” the court stated (obiter):

“30. In the context of discretionary life sentences, except where a whole life order is made, the court must take account of the seriousness of the offence or offences and the provisions with respect to crediting time spent on remand: Powers of the Criminal Courts (Sentencing) Act 2000, s.82A. Pursuant to s.82A(3)(c), the minimum custodial term shall also be set “such as the court considers appropriate taking into account… the early release provisions as compared with section 244(1) of the Criminal Justice Act 2003”. In Attorney General’s Reference (No. 27 of 2013) [2014] 1 WLR 4209, the Court of Appeal held that the effect of s.82A is to “require the sentencing judge to identify the sentence that would have been appropriate had a life sentence not been justified and to reduce that notional sentence to take account of the fact that had a determinate sentence been passed the offender would have been entitled to early release” [33]. The application of s.82A(3)(c) will ordinarily, but not always, result in a reduction of the notional determinate sentence by half, but there may be exceptional circumstances in which more than half may be appropriate: R v Sczerba [2002] EWCA Crim 440; [2002] 2 Cr App R (S) 86, [33]; R v Jarvis

31. Since 1 April 2020, under the 2020 Order, sexual and violent offenders are not entitled to automatic release until the two-thirds point of their sentences. A court will be entitled to take this into account under s.82A(3)(c) when setting the minimum tariff period in respect of a discretionary life sentence.”

This assessment was promptly leapt upon by prosecutors, and attempts were made to increase (under the slip rule) cases in which ½ tariffs had been imposed by Sweeney J and have them increased to 2/3. These attempts were rejected.2

At the instance of the AG, the Court of Appeal came back to the issue in conjoined appeals in AG’s Reference No 688 of 2019 (Joseph McCann and Sinaga) [2020] EWCA Crim 1676 in December of 2020 the Lord Chief Justice, together with the President of the QBD and Fulford LJ in a 5 judge court examined the sentencing regime, cited para 31 of Khan above, and noted at para 62 that from the 1st April 2020:

“a defendant serving a fixed-term sentence of seven years or more for a relevant violent or sexual offence (an offence listed in Part 1 or 2 of schedule 15 to the 2003 Act for which a sentence of life imprisonment may be imposed) which was imposed on or after that date, the requisite custodial period is two thirds (not a half) (see the Release of Prisoners (Alteration of Relevant Proportion of Sentence) Order 2020 SI 2020/158”

The court then went on to say at para 66:

“The position, therefore, is that the significant changes to the release provisions which have either been recently implemented or are awaiting implementation will have a considerable impact on the position of individuals convicted of a wide range of serious offences.”

The court then proceeded to use 2/3 of determinate terms as the approach for assessing the minimum terms, whilst rejecting the Solicitor General’s appeal to increase the minimum terms to whole life, on grounds that the campaigns of rape involved in both cases were so egregious.

Reviewing the authorities they concluded at para 88:

“The effect of these decisions is to leave open the possibility that a whole life term could be attached to a discretionary life sentence, but there is a principled reason for reserving the most serious sentences to cases of murder, save in the most exceptional circumstances.”

“A whole life order is the severest sentence available….We see no reason to depart from the longstanding approach approved over decades by this court not to attach a whole life tariff to a discretionary life sentence save in wholly exceptional circumstances.”

The court though upheld (in McCann) and imposed (in Sanaga) a tariff of 2/3 of the notional determinate sentences of 60 years stating at para 95:

“These two cases are paradigms of the circumstances which justify a departure from the usual position of fixing the requisite custodial period at a half of the determinate term. We agree with Edis J in McCann’s case that a custodial period of two-thirds is necessary, but we express this step as being required for both offenders to ensure that the proper requirements of punishment are met for these unique crimes rather than by reference to the release provisions for an extended sentence.”

Shortly after passing judgment in McCann, Fulford LJ and Edis J together with Foxton J heard argument in Attorney General’s References (R v Safiyyah Shaikh and R v Fatah Abdullah) [2021] EWCA Crim 45, in which the Solicitor General sought to review the taking of a minimum term of ½ by an experienced trial judge (Sweeney J), seeking to contend that by reason of the Terrorist Offenders (Restriction of Early Release) Act 2020 and the Release of Prisoners (Alteration of Relevant Proportion of Sentence) Order 2020 the starting point should now habitually be 2/3. Both defendants were convicted under s5 of the Terrorism Act, and both had been given discretionary life terms, and each had a minimum term to serve of one half of the notional determinate sentence had they not been found to be dangerous. The Court of Appeal rejected the argument of statutory interpretation (see para 50) relied upon by the Solicitor General, that s 247 of the CJA 2003 meant that the Terrorist Offenders (Restriction of Early Release) Act 2020 required the court to have regard to the length of time served by those serving determinate sentences. But it stated (obiter at para 52) that its “conclusion entails that the legislative structure of the 2020 Act (creating a new early release regime in section 247A and then removing those subject to that regime from the operation of section 244(1) ) has a different effect so far as the setting of minimum terms is concerned to that adopted by the 2020 Order (which amended the definition of “relevant custodial period” in section 244(1) itself).

At paragraph 53 the court:

“also accept that our conclusion gives rise to the anomaly identified in Burinskas that the minimum term for a prisoner sentenced to a life sentence to which the 2020 Act applies may in some cases be lower than the requisite custodial period for a prisoner sentenced to a determinate sentence for the same offence, and that, for the same reason, there is an anomaly when comparing the minimum terms with the requisite custodial period for the determinate sentences in the Guideline"

½ of the notional determinate sentence are rapidly fading, and likely to shortly be extinguished by legislative or judicial changes requiring the minimum term to be assessed at 2/3 of the fixed term sentence. 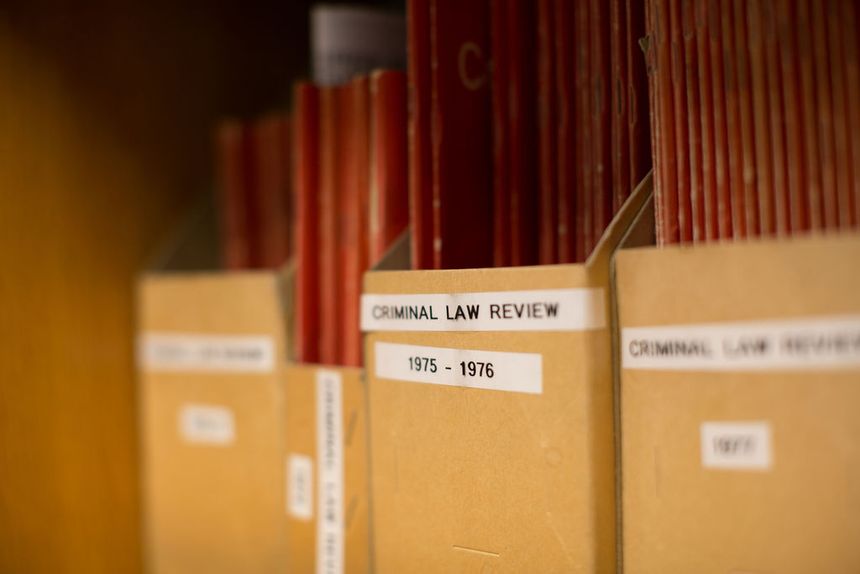