Thanks to Fiona Millar for this article.  This is a really important issue to me, and it goes ultimately to whether or not my profession, the Bar (which I consider should be elite if not elitist) properly reflects in its composition the communities it is there to serve.  (In case you were wondering of the relevance of these musings to legal practice.)

I offer my congratulations to Helen Mountfield, but also to Doughty Street's very own Helena Kennedy as Principal before her, and the other Principals and staff at Mansfield College who have worked so hard to make this success and to find the truly best students. As the article points out, the results Mansfield is achieving puts it in the top 5 of Oxford colleges (Norrington, 2019) which is consistent with the results of other universities using contextual offers.  That has been achieved by determined admissions policy and outreach initiatives since 2007 when Mansfield languished at the bottom of the table.

The point is that despite 13 years of educational disadvantage, these kids really prosper, catching up in 3 years (!) and show their true ability. Now more than ever the UK needs them. We cannot afford to continue a system which produces 2 out of 3 recent Prime Ministers from the same school. Ridiculous.

Because of where I come from, no doubt, socio-economic diversity - and what used to be social mobility -  is a particular focus of mine, partly because in practice it heavily underlies much if not all of the Equality Act 2010 policy of non-discrimination in relation to the protected characteristics: frankly, I would doubt someone from the BAME communities educated at Eton was particularly disadvantaged, whereas the major problem of educational disadvantage and lack of success currently identified amongst socio-economically deprived white boys (a “hidden majority”?) is not addressed at all by our Equalities legislation so far as I can tell, nor by the arguably divisive approach to lobbying on behalf of other disadvantaged groups.  Our aim must surely be to eliminate discrimination against anyone save on grounds of context-relevant and objectively assessed merit, so far as that is possible within admittedly imperfect human systems.

s1 of the Act, which allows for public authority action against socio-economic discrimination direct and indirect, has not been brought into force for E&W, and only partially in Scotland.

The outreach work that Mansfield at Oxford, and other colleges and universities, have been doing is crucial to the UK's long term success as well as being a straightforward matter of social justice.

I was glad to be able to feed into Lord (Paul) Murphy's Report for Welsh Government though without agreeing with the focus of the conclusions on what we in Welsh schools could do to improve admissions figures by raising aspiration, and the setting up of the (very welcome) Seren (“Star”) support hub; in the end, under current educational policy, educationally deprived areas of Wales and English regions simply can not compete on A level grades and the pretence that they can is ridiculous.  End of.

Paul's conclusions and recommendations, therefore, in my view missed the point (though I know Paul did not) about where the true power to change things lay, which IMO is not with those managing state schools, who are surely doing their absolute best for their pupils with seriously stretched resources, including to raise aspiration as much as they can.

Rather, I was arguing throughout that “the cleverest people in the world” ought to be able to devise a better system of identifying talent in those areas than (in Oxbridge's case) 30-odd separate admissions processes in the same university, many if not most of those processes involving long established links to particular schools.

Thankfully Mansfield College has led the way here, with huge (though very predictable - it's not rocket science is it?) success, and I am glad to see that now my own beloved Cambridge is starting to get with the beat.

And for the avoidance of doubt, as we lawyers say, this is not just about Oxbridge, but admissions there do perhaps serve as a useful proxy for excellence in educational attainment, and hopefully provide a focus for questions of access of state-educated applicants to the universities generally.

I am pleased to be working with Speakers For Schools, a product of Robert Peston's vision.  Please sign up and speak!

“My answer to the social engineering point is that we don’t believe we are taking less clever people to make up for disadvantage. We are looking for the cleverest people from a pool where everyone is clever. We want the people who will walk out of the door as the finished article, not those who will walk in the door as the finished article,” she says. 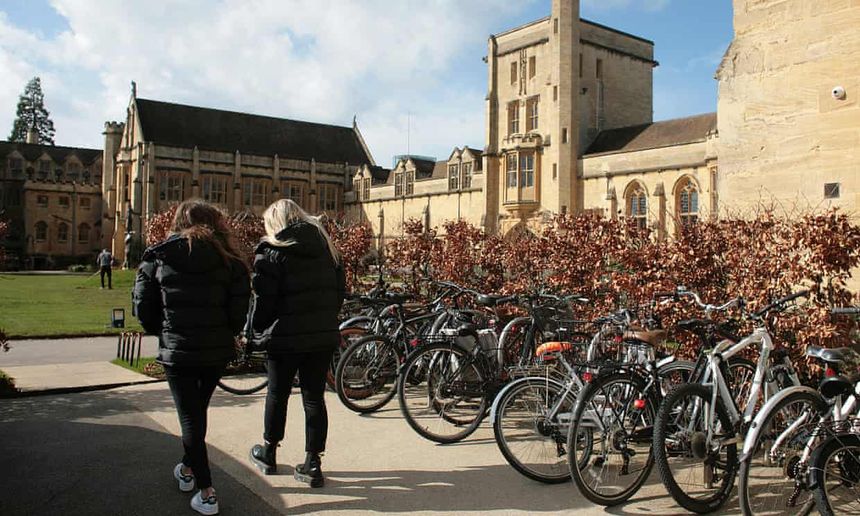