The views and opinions expressed within these insights are those of the authors and do not necessarily reflect the official policy or position of Doughty Street Chambers.
All Posts Subscribe
November 6, 2020 | 6 minutes read

Behind the Depp headlines: meaning, evidence and juries

On 2nd November 2020, Nicol J handed down his eagerly awaited judgment in Depp v News Group Newspapers and anor [2020] EWHC 2911 (QB).  This high-profile case has been widely reported and needs little introduction.  In short, Mr Depp failed in his defamation claim concerning an article published by The Sun that alleged that he had committed acts of violence against his then-wife Amber Heard.  Nicol J held that the defendants had proved it was “substantially true” that Mr Depp had committed acts of violence against Ms Heard on twelve pleaded occasions.

The case concerned serious allegations of physical assault, but much of the contemporaneous reporting focussed on titillating details – drugs, text message insults, and A-listers. This blog goes behind the facts, exhibits and headlines to focus on some of the legal and procedural points that arise out of Nicol J’s 585-paragraph judgment.

(1) Meaning not invariably a preliminary issue

It is now common in defamation actions, where there is a dispute as to the meaning of the words complained of, to see meaning tried as a preliminary issue.  The advantages of doing so (and disadvantages of not doing so) were explained by Nicklin J in Morgan v Associated Newspapers Limited [2018] EWHC 1850 (QB) at [10]:

“No evidence, beyond the words complained of is admissible, so the hearing can be accommodated, as this one was, in a couple of hours. It is potentially hugely wasteful of costs for a defendant to plead a full defence if meaning is in dispute. Following the court's ruling on meaning, the defence may no longer be viable, or it may require amendment in light of the Court's ruling.”

Practice Direction 53B now provides, at paragraph 6.2, that “An application for a determination of meaning may be made at any time after the service of particulars of claim.  Such an application should be made promptly.”

In Depp the parties disagreed in some respects about meaning – but, significantly, they did agree that the words complained of meant that: (i) Mr Depp had committed physical violence against Ms Heard; (ii) this had caused her to suffer significant injury; and (iii) on occasion it caused her to fear for her life (see [80]-[81]).  As a result, the particulars of the defendants’ truth defence would have been the same whether its or Mr Depp’s pleaded meaning were accepted by the court.  Accordingly, there was no risk of costs being wasted on a truth defence that would require amendment following the court’s determination of meaning.

Given that the outcome of the case turned so heavily on the parties’ evidence, it is unsurprising that the judgment covers common legal and procedural issues that may arise when presenting evidence.

At [41]-[43], Nicol J sets out a helpful reminder of the distinction between: (i) the standard of proof in defamation (as in all civil) proceedings – namely, the balance of probabilities – and (ii) the strength of the evidence required to satisfy that standard.  In particular, he cites In Re D [2008] 1 WLR 1499, in which Lord Carswell approved the guidance given by Richards LJ in R(N) v Mental Health Review Tribunal (Northern Region) [2006] QB 468:

Given the seriousness of the allegations levelled at Mr Depp, strong evidence was required to satisfy the court that it was more likely than not that he had committed the pleaded acts of violence against Ms Heard.

The judgment also contains readily quotable snippets of guidance on matters such as:

(3) The near abolition of “old-school” jury trials

One recurring comment within the media law world is how the Depp case, being evidence-heavy and concerned with disputes of fact rather than law, has resembled the types of case formerly determined by way of “old-school” jury trials.

The litigation landscape has of course changed significantly with the Defamation Act 2013.  Prior to 1st January 2014, parties had a statutory right, on application, to have a defamation claim tried by a jury pursuant to s.69(1) Senior Courts Act 1981 and s.66(3) County Courts Act 1984.  Under s.11 Defamation Act 2013, however, that right was removed and defamation claims now fall within the presumption against trial by jury contained within s.69(3) and s.66(2) – which does, however, make provision for the court to exercise its discretion to order a trial by jury.  Despite this residual discretion, the Supreme Court in Stocker v Stocker [2019] 3 All ER 647 referred in April 2019 to “the almost complete abolition of jury trial” in defamation cases, at [33].  (Interestingly, in Northern Ireland, the position is very different, the starting point being trial by jury for defamation cases: see the discussion at [33] and following in Stokes v Sunday Newspapers Ltd [2016] NICA 60).

It is tempting to speculate whether the outcome would have been more readily accepted by Depp’s Twitter fanbase or – even – different, had the case been decided by a jury. However, it appears highly unlikely that, had either party in Depp applied for a jury trial, this would have been granted.  In Yeo v Times Newspapers Limited [2014] EWHC 2853 (QB), a decision post-dating the commencement of the Defamation Act 2013, Warby J rejected an application by the defendant for a trial by jury.  In doing so, he rejected the argument that the prominent status of the claimant was an important factor favouring a jury trial (at [51]).  Rather, he noted three factors that pointed strongly in favour of a trial without a jury in that case: the advantage of a reasoned judgment; proportionality; and case management (at [58]).  These factors are likely to point in favour of judge-only trials in the overwhelming majority of defamation cases, but, in light of the current COVID crisis, the third factor would undoubtedly have assumed critical significance as the Depp case progressed to trial.  The trial was adjourned from March to July 2020 principally because of the pandemic, and in his judgment at [86], Nicol J sets out the various social distancing measures that had to be implemented to ensure that the trial could proceed in July.  Matters would have been made even more difficult had there also been a jury to accommodate.

In addition, juries are of course a zero-sum game – returning a ‘yes/no’ decision in which one party emerges as the winner. By contrast, a judge issues a public decision going through the details of each and every allegation. That public record may be useful for a number of reasons.  In particular, given that Mr Depp is also involved in litigation in the USA, in respect of a Washington Post article authored by Ms Heard, he will have no doubt hoped for more favourable factual findings to rely upon in a Virginia courtroom.

Mr Depp’s lawyers have called Nicol J’s decision “flawed” and indicated that he will appeal. From press releases, the primary ground of appeal appears likely to be Nicol J’s assessment of the credibility of Ms Heard’s oral evidence.  It remains to be seen whether permission will be granted, but appellate courts intervene only very rarely in these circumstances – see the Supreme Court’s recent reminder in Stocker at [58].  The prospects do not currently look promising for Mr Depp. 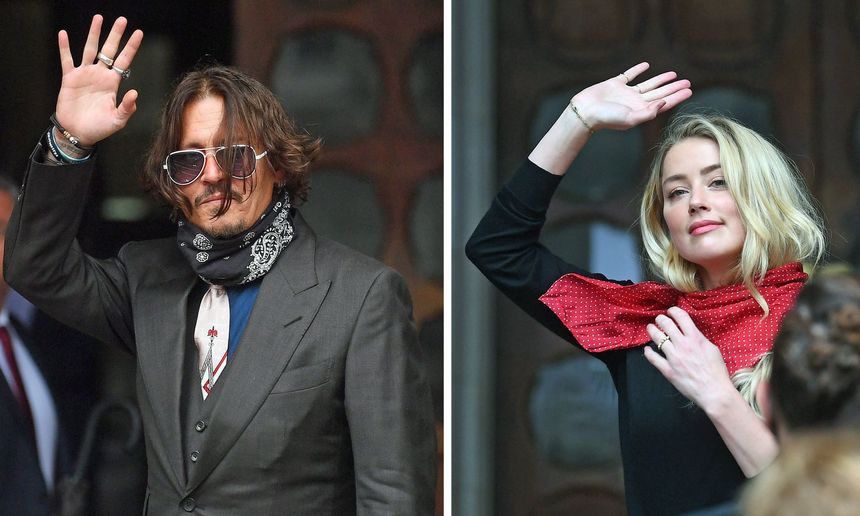