The actions brought by survivors of the Grenfell disaster came to the High Court for the first time on Friday 2 October with judgment handed down on 14 October: De Costa & Ors v London Fire Commissioner & Ors [2020] EWHC 2718 (QB).

My excellent junior, Catriona Stirling, and I are privileged to be instructed, by the Police Federation's outstanding legal team at Penningtons Manches Cooper (Tristan Hallam, Louise Taylor, Sophie Bullimore) to represent the police officers who did their duty and tried to rescue the residents caught in the fire, and to keep order to prevent an even greater disaster during the fire itself, and who took part in the combined operations in later days to identify victims and preserve evidence and property. The Evening Standard article quoted here understates it rather by suggesting that the police and firefighter claimants “witnessed the inferno”.  Many exhibited great courage in circumstances where they knew their personal safety was very much in danger because of the fire and the precarious condition of the tower.  Many had well in mind the effects of fire upon the structural integrity of the twin towers in New York.

We all struggle to comprehend the horror of it for all concerned; those of us who drove west on the M40 elevated section towards the tower in the early days afterwards can well remember the depressing effect even of that extremely minor connection with the event as the stricken tower filled our view forward from the car.

At the first hearing, Senior Master Fontaine was asked to hear preliminary applications by our clients and the other “Emergency Responder” firefighter claimants (in what are being called the “ER claims”) to stay our issued cases to await the outcome of Sir Martin Moore Bick's second phase Inquiry Report, in order that we can all understand the evidence adduced before, and the conclusions reached upon it by, Sir Martin in completing his Inquiry.

It was uncontroversial that this will enable the cases to be properly pleaded on both sides against such defendants as the claimants then consider implicated in causing their injuries.  The stay applications were not generally opposed, and we succeeded in them, though the Senior Master has acceded to a request to bring the case back for further review in late Spring of 2021, given that the Phase II Report is unlikely to be published before mid-late 2022, and by next year the large numbers of intended claims by “Bereaved, Survivors, Residents” (the “BSR claims”), most currently  not issued and many subject to “standstill” agreements as to limitation, will have been “gathered in” for appropriate management from then of the greater cohort.  We hope!

Of course none of the ER claimants would suggest that they are in the same position as the primary victims of the fire and their families, and so we very much think that these claims are distinct and will need to be managed separately, though the underlying issues of fact and the issues of liability for the fire itself (including its non control and excessive spread) are the same for anyone injured as a direct result, whatever the nature of their “participation” in the events.

Whilst we are planning for case management of litigation, we also very much hope that these claims can be appropriately settled in early course to prevent even further distress and disability for the victims generally, and to gain as much of the much cited "closure" as can be achieved here.  I hope I was not being excessively tendentious in submitting to the Master in this context that, given Sir Martin's preliminary conclusions, which themselves founded the current list of defendants, of course, "there would not seem to be a lot of innocence to be had" in the ultimate analysis.  We shall see.

These are factually intensely sad, not to say harrowing, but also legally fascinating cases.  We look forward to the latter if not the former, and as Vice Chair and Chair Elect of the Bar Council's Wellbeing At The Bar Working Group I note that this disaster could well have (be having?) further traumatic effects upon those now asked to investigate what went wrong and who should be compensated; the problem of vicarious (or secondary) trauma for lawyers and others “looking again” at traumatic events is now well recognised and needs to be managed carefully, especially in relation to events such as this:  https://www.wellbeingatthebar.org.uk/problems/vicarious-trauma/

On the legal side, though, amongst other matters of interest and complexity, the cases involve consideration of: straightforward negligence liability under Lord Atkin's neighbour principle (I won't cite the case 😉) and the modification as to liability to rescuers; and after 20+ years, also the ambit of primary victim status and even, perhaps, potential reconsideration of the secondary victim criteria for recovery for psychiatric injury established in the well-known Hillsborough cases (Alcock v Chief Constable of S Yorks.;  White v Chief Constable of S Yorks.).  My revered tort teachers Messrs Glazebrook and Dias would be delighted at the prospect I am quite sure 😉 .

PS When reading in I was advised by Sophie to try the BBC podcast about Grenfell, and especially the 4 excellent summary programmes dealing with the Phase I Report findings and recommendations at that stage: https://www.bbc.co.uk/programmes/p066rd9t/episodes/downloads episodes 110-113 inclusive.  They are truly excellent and well worth a listen if you'd like to acquaint/remind yourself.  The master, James Naughtie, at his very best!

999 crews sue in £1m claim over Grenfell Tower trauma The Evening Standard Courts Correspondent @kirkkorner Thursday 25 June 2020 Scores of the emergency service workers who witnessed the inferno have launched claims at the High Court... Firefighters and police officers who faced the horrors of the Grenfell Tower disaster in the early hours of June 14, 2017, are suing for at least £1 million in damages over trauma they suffered while tackling the devastating blaze... The first phase of a public inquiry concluded that cladding on the outside of the tower - installed during a disastrous refurbishment - was responsible for the rapid spread of the fire. In March this year, legal proceedings were initiated by 88 victims of the blaze... Almost 100 firefighters and 29 Met Police officers and staff launched their own legal action earlier this month... 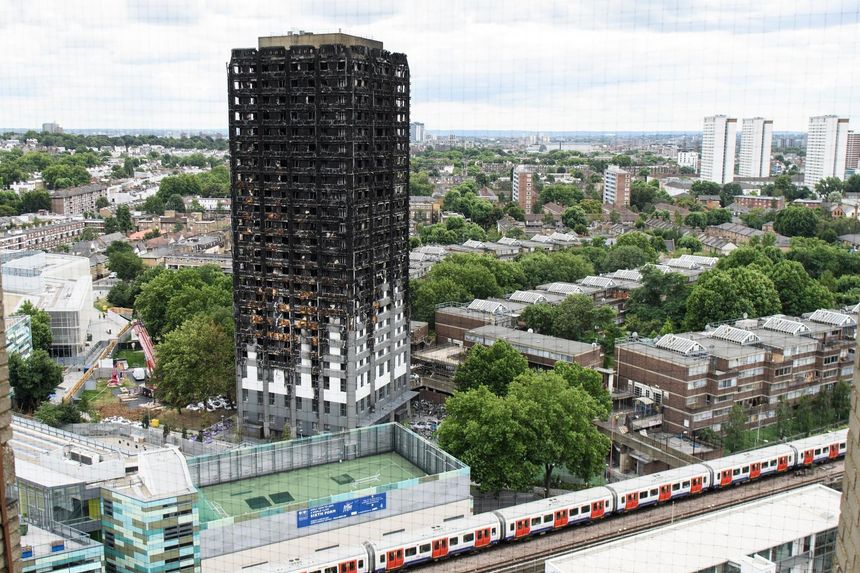