Is Tech the answer?

Yet again Lord Sumption makes us think.  In the rush to find tech answers to the challenges presented by Covid19  - and the costs of our justice system generally - we must not forget that there are serious trade-offs here and no panaceas.

Apart from the well-rehearsed arguments about remote hearings themselves, those who advocate increasing use of AI-type methods of dispute resolution often talk about the incredible (large scale) "success" of dispute systems such as those operated by eBay, but that is not justice as I understand it. Like Frederick Wilmot-Smith ("Justice eBay Style", London Review of Books Vol. 41, No. 18, 26 September 2019 - well worth a read!) I found the system unfair and it did not deliver any proper justice at all.  A mobile phone I bought via eBay - described as "mint, as new" - failed so I took it to the Apple Genius Bar, recognising that I had taken a risk in buying via the auction site and quite prepared to pay to have it fixed.  Apple inspected but declined to work on it as it had been altered.  When I reported this via the eBay system they concluded that they could not help because I could not return the item as received, it having been opened by the Apple engineers to inspect it.  😱 (They didn't actually use the expression restitutio in integrum but you know that's what they meant. 😉)  Next option was a small claim, except that it wasn't because eBay didn't provide sufficient address details for the seller to enable it to be pursued.  I gave up.  That probably went down in the eBay statistics as a successfully resolved issue.

Although we should all treat eBay itself as secure as a car boot sale, of course, the issue these examples raise is as to the supposed robustness - and fairness - of "private" and tech-driven methods of dispute resolution.  Forgive me if I remain a skeptic.  I was one of the first barristers to use a laptop computer in court.  I well recall that initially plugging in to court electrical supply was considered the offence of dishonest abstraction of electricity - s13 of the Theft Act 1968 - until a Practice Direction was issued to bring us back within the law. 🎉🍾🥇  I also recall the time that the wonderful HHJ Charlie Pitchford - Pitchford LJ's father - stopped me typing as he found the noise distracting. 😱  My point is that, like many if not most barristers, I have always I have always embraced the benefits from advancing tech, but as the years have passed I have also become increasingly careful to ensure that a proposed adoption of tech "advance" - and hence change of my working arrangements - was actually going to benefit me in time/resource savings, as many times I have found that using "the new thing" had the opposite effect, and my work on the Wellbeing At The Bar Working Group has only served to reinforce this attitude of challenge!  Less is more. 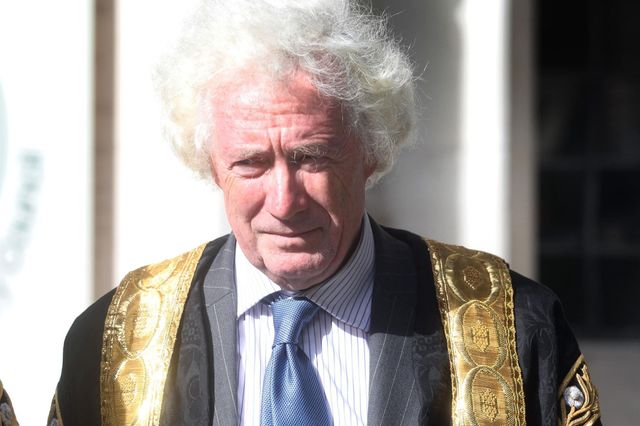