The views and opinions expressed within these insights are those of the authors and do not necessarily reflect the official policy or position of Doughty Street Chambers.
All Posts Subscribe
July 18, 2020 | 7 minutes read 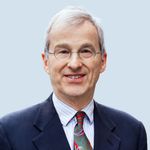 1. Fichardo [2020] EWCA Crim 667 is the latest in a long line of authorities addressing the criteria for leave to cross-examine a witness upon ‘bad character’ material, where the factual foundation is not agreed. Commonly, at the time of the application,  the witness may never have been asked about the material before, or may have already disputed it.

3.The  common theme of the case- law is that the material must enable the jury to ‘reach a conclusion’ about its disputed factual basis. In relation to previous false allegations by the witness, the many authorities to this effect include:

R v AM [2009] EWCA Crim 618 at paras. 21- 22, Dyson LJ said :  ”The difficulty lies in what constitutes a proper evidential foundation. In our view it is less than a strong foundation for concluding that the previous complaint was false. But there must be some material from which it could properly be concluded that the complaint was false. In Garaxo at para. 14, the court considered that there was a proper evidential basis if there was material such that, depending on the answers given by the complainant in cross-examination, the jury could have been satisfied that the previous complaint was untrue..”.

R v Brewster [2010] EWCA Crim 1194, at para. 22:  “It seems to us that the trial judge's task will be to evaluate the evidence of bad character which it is proposed to admit for the purpose of deciding whether it is reasonably capable of assisting a fair-minded jury to reach a view whether the witness's evidence is, or is not, worthy of belief.”

R v Withers [2010] EWCA Crim 3238 at paragraph 5 ‘..does not have to be clear evidence….but… some material capable of leading to the conclusion of falsity.”

4.There is however a very surprising lacuna on a fundamental aspect of this test. What exactly does ‘reach a conclusion’ mean? The approach of the Trial Judge on leave is going to much affected by the standard potentially to be applied by the jury. How are the jury to be directed? What, if any, is the standard of proof on the party challenging the witness? Surprisingly there is no authority on this issue. Routinely therefore, the issue is not argued, and clear directions are not given.

5.The uncertainty has been compounded by the Crown Court Compendium, which has vacillated in its most recent two editions. Two different approaches have been proposed. The current Crown Court Compendium, December, 2019, at page 12/28, does not contain any draft jury direction upon standard of proof about disputed issues, but suggests: “ 7. Identify the evidence of bad character. 8. Identify the issue/s to which the evidence is potentially relevant. 9. The jury should be directed that it is for them to decide the extent to which, if any, the evidence of bad character of the non- defendant assists them in resolving the potential issue/s. 10. Depending on the nature and extent of the convictions or other evidence of bad character, there may need to be a direction as to the effect on the credibility of the person if he/she was a witness. “

7.It seems that this issue has not been addressed in a considered way, and is certainly not being treated consistently in criminal trials. This article is an attempt at clarification and will focus upon alleged previous false allegations, as ‘bad character’ material. However, the same principles should apply to all disputed ‘bad character’ material.

8.It is questionable in principle whether the jury need to be sure of falsity, for the previous allegation to be taken into account. A basic confusion between the ultimate standard of proof of guilt, and the proper approach of a jury to ancillary issues of fact should be avoided. It is perfectly rational for a jury to conclude that a prior allegation was probably false, and thus undermining of the witness’ current credibility. That would be clearly “reasonably capable of assisting a fair-minded jury to reach a view whether the witness's evidence is, or is not, worthy of belief.” : see Brewster above.

9.The jury may approach any prosecution case, especially those based upon circumstantial evidence, by putting together strands of evidence, and they need not be sure about any individual strand. However, they may conclude putting together those strands that they are satisfied of guilt so that they are sure: see Myers v R [2016] AC 314 at para. 46. If a conviction may be safely reached by such a route, then it would be anomalous for there to be a higher hurdle for the consideration of evidence: or that a jury should be directed to put aside such a possibility, unless they were sure about it.

10.It is contrary to basic principle for a burden of proof to the criminal standard to be put upon the defence: R v Carr- Briant  [1943] KB 607 at 610- 612. It is exceptionally rare for such a burden to be put even upon the prosecution on ancillary evidential issues. Perhaps the best, but rare, example arises in Mushtaq [2005] 1 WLR 1513, where the jury must be directed only to take account of a confession if they are sure that it was ‘voluntary’ in accordance with the usual formulation. That rule arose of necessity out of the strong exclusionary rule in relation to ‘confession’ evidence in S. 76 of PACE, 1984: see Lord Roger at paras. 46- 47.

12.There is one little noticed obiter dictum to the contrary. Judge LCJ in Dizaei [2013] 1 WLR 2257, at para. 37, said ” …. If, in the context under discussion, the judge correctly directs the jury that they must not consider the alleged bad character evidence unless they are sure that it is true….. two trials would be simultaneously in progress before the same jury.” There is no other authority for this proposition. There is no sign that the Court had been assisted by submissions directed to this point. The natural answer to the ‘simultaneous trials’ mischief, is precisely that the jury do not have to be sure to the criminal standard about the falsity of the previous allegation.

13.In FICHARDO, the above arguments were advanced upon this question. It was not thought to be consistent with existing authority, to submit that the jury could act upon a mere possibility that the prior allegation was false. That could not sensibly be ‘reaching a conclusion’ and anyway would be unlikely to amount to ‘substantial probative value’ within S. 100(1)(b), CJA, 2003. The 2016 Crown Court Compendium is therefore probably wrong. Even though it did not strictly arise for determination, a favourable provisional view was expressed, at para. 30: “Secondly, in relation to the phrase "the jury could have been satisfied", we have received submissions as to how, at a later stage of the trial, the judge should direct the jury about the burden of proof in relation to bad character evidence of this nature. It is not necessary for us to decide that issue, but we express the provisional view that if the complainant denies having made the suggested false allegation, the jury should be directed that the burden is on the defendant to prove on the balance of probabilities that the allegation was made and was false.”

14.It remains to be seen if this helpful obiter dictum will be authoritatively confirmed. For that to happen, the issue must be raised by defence lawyers upon the leave application and before the summing-up. A substantive appellate ruling may then be required, and the current uncertainty removed. The parallel direction, suggested in the 2016 Compendium, but not in the 2019 edition, that the jury should be sure to the criminal standard about disputed prosecution ‘bad character’ evidence, remains wholly unexplored.

15.Postscript. These issues arise frequently, but most controversially in relation to alleged previous ‘false allegations’ by the complainant of a sexual offence.  However, the test should remain the same whether the witness is the complainant or not: whatever the offence charged: and whatever the subject of the alleged previous ‘false allegation’. So, there does not necessarily need to be convergence between the offence tried and the subject matter of any false prior allegation. Credibility can be damaged by a prior significant lie on any issue. The relevance may however be elevated, where there is some similarity between them.

16.The only special feature for a prior sexual allegation may emerge from S. 41(1) of the YJCE Act 1999, with its more restrictive regime. However, provided that the focus remains upon the credibility of the complainant, questioning about a prior false sexual allegation by the complainant does not fall within questioning about ‘any sexual behaviour of the complainant’: see R v BT and MH [2002] 1 Cr App R 22 at paras. 31- 35, which includes a ‘Pepper v Hart’ exercise. The Trial Judge in Fichardo made this basic error, and may not be alone.