The views and opinions expressed within these insights are those of the authors and do not necessarily reflect the official policy or position of Doughty Street Chambers.
All Posts Subscribe
June 24, 2020 | 3 minutes read

Children’s right to live in the community

The right to live in the community is an important human rights topic affecting a huge number of children. In 2015, it was estimated that in the region of 5-6 million children were living in institutions worldwide, the majority being in low-income and middle-income countries.

The Lancet has defined institutions as any publicly or privately managed and staffed collective living arrangement for children that is not family based, and includes small-scale group homes. This definition would include hospitals such as “assessment and treatment units” in the UK, recently the subject of reports by the Parliamentary Joint Committee of Human Rights which published reports in November 2019 and this month.

Children are placed into institutions because of poverty, social deprivation and poor parenting skills, carer and child illness and disability, natural and human-made disasters, and child abuse and neglect, The Lancet says.

The health and social arguments are clear:

“when children leave institutions and are placed in family-based alternatives (adoption, kinship, or foster care), the situation rapidly improves—striking catch up is seen across all domains. Moreover, even children who have been exposed to severe deprivation can develop secure attachments with their new parents from adoption or foster placements.”

I dislike the word “deinstitutionalisation” not only because it is as difficult to say as it is to do, but because it describes the policy journey rather than the goal.

What is the goal? Article 19 of the UN Convention on the Rights of Persons with Disabilities (“CRPD”) enshrines the right to independent living and to be included in the community. It applies to children as well as adults. It places duties on the state to provide individual supports to prevent isolation and segregation from the community. Any form of institutional setting is a violation of Article 19. If you’d like to read more, Genevra Richardson and I published an article in the International Journal of Law and Psychiatry in April. It analyses Article 19 of the CRPD and its interpretation by the UN Committee on the Rights of Persons with Disabilities.

Although people who are institutionalised are detained, a multitude of rights other than liberty are removed or restricted. Michel Foucault and Erving Goffman noted some decades ago that institutions are about power: the everyday life of the inmate/patient/resident is governed by others, discipline follows rule transgressions, inmates are herded around in groups, and decisions are made purportedly in the group’s best interests but actually serve the convenience of the institution and its staff.

The Lancet paper on policy and practice recommendations for global national and local actors contains valuable evidence-based advice for governments. However, it pays insufficient regard to existing duties under international human rights law, including Article 19 CRPD. It ignores the role of human rights mechanisms at national and international levels in standard-setting, promoting rights, monitoring the deinstitutionalisation process and calling out non-implementation.

It endorses the notion that, “in specific cases it may be necessary to provide quality, temporary, specialized care in a small group setting”. It goes on to say that a short-term goal should include:

These suggestions are unhelpful and are likely to inflame already somewhat fraught negotiations in the child rights and the disability rights community. The UN Committee on the Rights of the Child is in the process of deliberating children’s rights and alternative care. A day of discussion was planned for 18 September 2020, but due to the COVID-19 situation has been pushed back into 2021.

The Lancet policy paper is likely to receive significant push-back. It is an own goal: none of its 22 authors are human rights lawyers.

This week marks the 21st anniversary of the US Supreme Court’s Olmstead decision, which affirmed that unjustified segregation of persons with disabilities constitutes discrimination, contrary to the Americans with Disabilities Act.

I hope that child rights and disability rights activists will take the useful parts of The Lancet papers and be inspired by the Olmstead anniversary. Every child has the right not to live in an institution: this applies to a disabled child as it does to other children. Strategic litigation is one way of holding to account governments that have dragged their feet for too long. 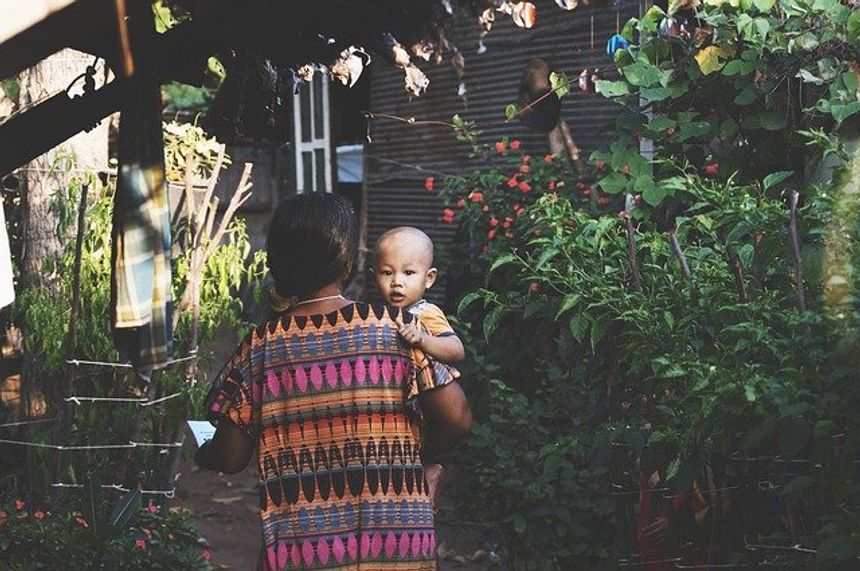 We @ValidityNGO were not consulted on #ForEveryChildAHome study being launched now by @LancetChildAdol. It is concerning to see a policy recommendation proposing small group homes for children as a valid option in contravention of #CRPD standards.

Institutionalization of millions of children worldwide should be gradually phased out in favor of family-based care: authors of @LancetChildAdol @TheLancetPsych Commission call for promotion of family-based care. #ForEveryChildAHome https://t.co/r1CFiDqplr pic.twitter.com/YJBGwo1jjS

Leaving no child behind is essential. Children with disabilities experience some of the worst effects of institutionalization, and their needs must be prioritized as we work towards #ForEveryChildAHome https://t.co/RzUQ3B3Vj4