The views and opinions expressed within these insights are those of the authors and do not necessarily reflect the official policy or position of Doughty Street Chambers.
All Posts Subscribe
May 27, 2020 | 5 minutes read

The new Immigration Bill-could it cause another Windrush Scandal? 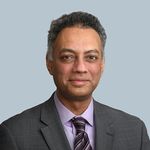 This week the House of Commons heard the second reading of the Immigration and Social Security Co-ordination (EU Withdrawal) Bill 2020 (the Immigration Bill), and given the Government’s majority it is likely to become law unamended. The Explanatory Notes of the Bill set out inter alia the Government’s intention to deliver, following the end of EU free movement, a “new points-based immigration system to attract the brightest and best talent from around the world” from 1st January 2021[1]. On the face of it, this is a legitimate aim, but what could be the possible implications for immigrants currently living and working in the UK? An important report that understandably did not receive much media attention when it was published on the 19th March 2020, is the Windrush, Lessons Learned Review (the Review), the independent assessment of the events leading up to the Windrush Scandal[2]. One needs to recollect that, as the Review notes, the Windrush Scandal affected “hundreds, and possibly thousands of people, directly or indirectly”, including at least 83 people who were unlawfully removed[3]. Many of those affected were working in so-called lower-skilled occupations, in the NHS, in public transport and in adult social care. The Review provides 30 recommendations for change and improvement within the Home Office in order to avoid a repetition of the Windrush Scandal, which it recommends should be implemented in full. A formal response to the Review, including the recommendations, was accepted by the Home Secretary to be given within six months, including the asking of “difficult questions needed to ensure that these circumstances can never arise again”[4].

Therefore, it may be surprising that the Bill has been brought forward for a second reading, without a formal consideration of the Review’s recommendations being made and when debate in the House of Commons is being curtailed due to CV-19 restrictions. In any event, the Review does provide the “root cause” legislative background to the Windrush Scandal which it sees as “foreseeable and avoidable”[5]. Following the majority of the British people agreeing that there were “too many immigrants in the UK”[6], the then Conservative Government introduced the 1962 Commonwealth Immigrants Act. The Act included a system of employment vouchers that restricted entry to people with a job offer or skills in short supply, eventually stopping the issuing of low-skilled permits. The Review records that this Act and subsequent Immigration Acts, which eroded the rights to live and work in the UK, “progressively impinged on the rights and status of the Windrush generation without many of them realising it”. This was one of the reasons highlighted for people failing to register for British citizenship before 1988, which perhaps affected a minimum 8000 people[7].

The current Immigration Bill comes against the backdrop of the UK’s protracted, divisive and some might say xenophobic, exit from the EU and the end of freedom of movement between the two. To this end the UK Government has implemented the Settlement Scheme for non-Irish EU citizens from March 2019 to 30th June 2021[8]. The Government states that 3.2 million applications have been made to the Scheme[9] and more than 3 million granted some form of status[10], however the figures have been criticised due to the lack of verifiable data[11]. There are certainly many reasons why eligible EU citizens and/or their dependent children may not apply now, or apply for permanence after pre-settlement later, which mirror those highlighted in the Review in relation to the Windrush victims.  There is a belief that this will lead to hundreds of thousands of EU Citizens being left unlawfully resident once the deadline, or their pre-settlement status, expires. This concern has led to calls for a declaratory system which would automatically grant EU nationals post-June 2021 status[12], and a physical document proving their legal status for the purposes of the hostile environment[13]. In addition, the Migration Advisory Committee (MAC) also estimates that there are 170,000 recently arrived non-EU citizens alone in lower-skilled occupations in the UK, the supply of which the Government states will continue to be available[14]. However, the Government’s thresholds under the new points-based immigration system (PBS)[15] would exclude the majority of lower-skilled workers going forward, and it is unclear as of today on what basis they would be allowed to stay under the PBS after their visas have expired. One sector that as things stand is likely to be severely affected is adult social care, so publicly heralded in the current crisis, and which is already heavily dependent on migrant labour[16]. Care workers can earn as little as £16000, well below the Government’s threshold of £25600, and the sector cannot already meet its demand for workers[17]. Bringing in schemes for short-term visas, such as the seasonal scheme for agricultural workers, for this and other lower-skilled sectors would again result in the institutionalised lack of clarity that the Review highlights.  This could lead to repercussions in the hostile environment.

It’s a pity that the Government did not wait until it had fully considered the Review before bringing forth the Immigration Bill for its second reading. Whilst all the recommendations require serious consideration, Recommendation 11 states:

“The department should re-educate itself fully about the current reach and effect of immigration and nationality law, and take steps to maintain its institutional memory. It should do this by making sure its staff understand the history of immigration legislation and build expertise in the department, and by carrying out historical research when considering new legislation”[18].

It can only be doing this can another Conservative Government prevent another scandal that is both completely foreseeable and also utterly avoidable.

This article was written by Krishnendu Mukherjee, Doughty Street Chambers.