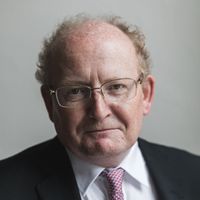 Dominic Lis Waniso Lungowe & ors v Vedanta Resources PLC & anor [2020] EWHC 749 (TCC) gives important guidance on the position and role of lead solicitors in group litigation. It highlights the need for careful written arrangements setting out the relationship between lead and other solicitors and their respective responsibilities.

The proceedings involve  series of claims alleging personal injury and environmental damage arising from the operation of a copper mine in Zambia. There were 2 defendants, D1 in the UK and D2 in Zambia.  Most of the individual claimants were subsistence farmers. There had been a convoluted history with one preliminary issue having gone to the Supreme Court ([2019] UKSC 20) but the essential summary for present purposes is that by the time of the hearing before Fraser J there were 3 sets of complex proceedings, each at a different stage:

The First Defendant sought a Group Litigation Order (GLO) encompassing all of the claims but the Hausfeld claimants wanted to await the outcome of the Leigh Day cases and then proceed with their claims separately.

Fraser J was unimpressed with this stance and with suggestions that this was in fact the most cost-effective way forward. He held that the defendant was entitled to deal with one claim and not two sizeable and almost identical ones. One of them should not be shelved simply because the claimants had chosen to instruct a different firm [para 19] and the commercial advantage of each firm in keeping their claims separate could not influence sensible case management [23]. Since there was no good reason to distinguish between the claims and they raised common issues they were ideally suited to a GLO and the judge made one.

However, this did not resolve the critical issue of the relationship between the claimants’ solicitors and how they should progress the claim. In a judgment expressly intended to assist in future cases Fraser J gave general guidance to the effect that:

This last proposition was spelled out in response to submissions from the claimants that they would be entitled to be separately represented even if there was a GLO. It was regarded by the judge as “so obvious that it does not appear to have been stated before”. He considered that it followed from the fact that GLOs concern common or related issues of fact or law so there should never be the need for separate counsel representing separate groups of claimants. The judge accepted that there may be exceptions in the “very rarest of circumstances which it is not possible fully to envisage”.

The single representation rule set out in this judgment regulates the way in which the GLO issues are presented to the court. There may of course be more than one lead firm and different teams of counsel may be appropriate to progress different issues. In addition, none of this affects the ability of claimants to have their own representation “behind the scenes” (see Greenwood & Ors v Goodwin & ors [2013] EWHC 2785 (Ch) para 8). Indeed, it may be sensible for some work on generic or common issues to be conducted by representatives other than the lead teams.

It goes without saying that each of these relationships needs to be carefully defined in writing in advance. This is necessary to avoid conflict and confusion in the presentation of the claims. As the judge wryly commented co-operation in such cases may not be “entirely unlimited”. But careful recording of the respective roles also has important implications for costs liability and recovery. If generic work is the responsibility of the lead representatives then there needs to be specific provision if this work is to be done by somebody else. Failure to ensure that this is the case could lead to costly arguments about whether or not there is a valid retainer for that work or whether it was proportionate for it to be divided in that way.

LHA increases – temporary respite but what plan for the future?
Martin Westgate QC