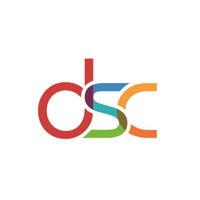 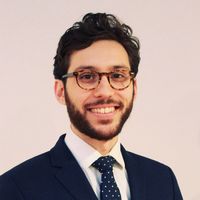 In the case of Whittington Hospital NHS Trust v X[1], the Supreme Court awarded damages for the cost of entering into a commercial surrogacy arrangement in California which would have been unenforceable under English law. This short article reviews the judgment in XX and considers its potential application to other “treatments” which are illegal or unavailable in England but legal and available abroad, focussing on cannabis and assisted dying, and touching upon others.

Between 2008 and 2012 the Claimant underwent two cervical smears and two cervical biopsies all of which were wrongly reported as negative or insufficient when in fact they showed developing cervical cancer. When the Claimant’s cancer was eventually discovered it was at an advanced stage and treatment that would have preserved her ability to bear children was no longer an option. The Claimant had eggs collected before undergoing chemo-radiotherapy which rendered her infertile. The Claimant claimed damages including damages for the cost of entering into a commercial surrogacy arrangement in California.

The judgment of the majority was given by Lady Hale (with whom Lord Kerr and Lord Wilson agreed). Lady Hale comprehensively summarises the UK law in relation to surrogacy. The key points are as follows:

Contrast the position in California, where “the system is well-established, the arrangement binding and the intended parents can obtain a pre-birth order from the Californian court confirming their legal status in relation to the surrogate child” ([22]).

Lady Hale considered the decision of the Court of Appeal (in which she had given the leading judgment) in Briody v St Helen’s & Knowsley Area Health Authority[2]. The facts were similar to XX. The claimant in Briody was rendered infertile by medical negligence. She claimed damages for the cost of Californian surrogacy, initially using her own eggs which was very likely (c. 99%) to be unsuccessful, alternatively using donor eggs. In Briody, Lady Hale rejected the claim for surrogacy damages, giving three reasons:

In XX Lady Hale considered “Developments since Briody”, broadly suggesting that societal attitudes to family and to surrogacy have moved on[6]. Lady Hale then returned to the three reasons given in Briody for rejecting the claim for surrogacy damages, reversing her position on the first and third, enabling her to find for the claimant on the facts.

The Court’s assessment of the public policy considerations can be found at [49] to [53]. It is unlikely to be of wider application.  Significantly, in our view, the Court was prepared to interpret the absence of an explicit statutory restriction on the use of commercial surrogacy arrangements abroad as a strong (if not conclusive) indication that those arrangements were not inconsistent with legal or public policy.  The Court’s approach, if followed, indicates that public policy objections to recovery should be confined to cases where there is an unambiguous legal impediment to the treatment[7].

In relation to the argument that surrogacy with donor eggs was not restorative of the claimant’s position but for the injury, Lady Hale is magnanimous, accepting that “it was probably wrong then and is certainly wrong now.”[8] We agree.

The third principle from Briody, that the cost of surrogacy must be reasonable, is trite and was retained[9].

There is some evidence to support the use of cannabis in the treatment of various conditions (we say no more, this debate is far from the purpose of the present article). Would the cost of travel (including to places in Europe or states in the USA) to use cannabis be recoverable? (Certainly, damages would not be awarded for the cost of importing cannabis, which is expressly illegal).

The legal position in England and Wales

Cannabis is a Class B drug pursuant to Schedule 2 of the Misuse of Drugs Act 1971. Therefore, possession of cannabis is punishable with up to five years in prison, an unlimited fine or both.

Whether damages would be awarded

In our opinion this is currently unlikely. The courts would probably veto such a claim for reasons of public policy: unlike commercial surrogacy arrangements (legal in England and Wales), the possession of cannabis is illegal in England and Wales. Further, and perhaps more importantly, there is no societal consensus on the acceptability of cannabis (although cannabis oils are becoming more readily available, as is the use of cannabis for medicinal purposes, see the case of Teagan Appleby[10]).

Some individuals who suffer catastrophic physical or neurological injury express a wish to end their life.  Would the costs occasioned by the care and services of an assisted dying clinic in the Netherlands or Switzerland, for example, be recoverable in principle?

The legal position in England and Wales

The legality of assisted suicide has been the subject of repeated litigation in the appellate courts in recent years.  In simplest terms, suicide ceased to be a crime as a result of section 1 of the Suicide Act 1961 (“the 1961 Act”), however s.2(1) of the 1961 Act imposes a blanket ban on assisting or encouraging a person to commit suicide, subject to the prosecutorial discretion (s.2(4) of the 1961 Act).[11]

Whether damages would be awarded

Claimants would need to show that the care and services were both reasonably necessary and lawfully obtained.  This may be reasonably straightforward if an individual were to travel without any encouragement or assistance to an assisted dying clinic outside of the jurisdiction.

The illegality issue may pose a greater problem where there is third-party involvement in a life-ending outcome.  Whilst this assistance does not necessarily give rise to a criminal offence (due to the further requirement for the Director of Public Prosecutions to exercise their discretion in the matter), it seems that such an arrangement is distinguishable from the claimant’s commercial surrogacy proposal in XX, which did not involve the commission of a criminal offence in the UK or abroad.   Even if the illegality framework of Patel v Mirza[12] were not applicable here (and it is difficult to predict with any certainty as to whether it would given the uncertainty that engulfs the exercise of prosecutorial discretion in this area), attempts to recover the costs of assisted dying would likely run into public policy objections that recovery would undermine the purpose and influence of the criminal law in this area.  Furthermore, if Lady Hale’s consideration of prevailing attitudes towards the contested activity constitutes a relevant and legitimate consideration in relation to the question of whether the activity is consistent with public policy, then the current absence of clear public support in favour of assisted suicide would give the courts further pause for thought.

A further question is whether assisted dying can be considered to restore an injured party to the position that they would have been in had they not been injured.  Almost by definition, a life-ending action cannot return an injured party to their pre-accident state. But the pre-accident state may be inaccessible where the individual’s injuries are permanent. The best that the court can do in that situation, as Lady Hale commented in XX at [46], is to identify a measure of damages that comes closest to restoring the individual’s quality of life.  The most difficult questions may arise where that quality of life is so bad as a result of an accident that a person wishes to end their life.  To decide whether to award damages for the cost of ending a life would, in effect, require the court to adjudicate on the complex philosophical question of whether being dead represents the best approximation of a person’s pre-accident state.

Other potential applications of XX

For as long as different countries adopt different approaches to the legality of medical treatments, there will be opportunities for Claimants to make use of treatments which are illegal or unavailable in the UK but legal and available abroad. By way of example, we consider that Claimants may be able to apply the reasoning in XX to the following cases:

Only time will tell whether XX is a decision confined to its own facts, or it marks the beginning of a liberalisation of the Court’s approach to compensation at the limits of public policy.

Frederick Powell and Christopher Johnson are members of the Clinical Negligence and Personal Injury Team at Doughty Street Chambers[13].

All members of the Team are continuing to practise from home during this difficult time.

[5] Ibid. at [25] – “This proposal is not in any sense restorative of Ms Briody’s position before she was so grievously injured. It is seeking to make up for some of what she has lost by giving her something different. Neither the child nor the pregnancy would be hers.”

[6] [2020] UKSC 14 at [28] – [39], examples given including: legalisation of not-for-profit surrogacy agencies; the change in the law’s definition of “family” in various contexts; regulations and guidance supporting surrogacy; normalisation of fertility treatment; YouGov polling on attitudes to surrogacy etc.

[7] As authors, we have agonised over this paragraph. We both agree with Lady Hale’s exposition of policy, but we differ in our opinions as to whether such a pure policy decision is one the courts should be making.

[9] Though we note our reservations as to the application of this principle in Briody: where a woman has been left infertile as a result of a defendant’s negligence, in our opinion, the court should not dismiss her attempts to have children as unreasonable (and so unworthy of compensation) based on the prospects of success, unless those prospects are utterly fanciful. 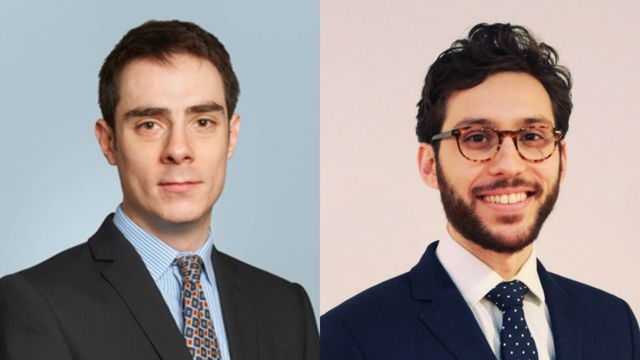 unknownx500
More posts by the authors

What does the end of the Coronavirus Job Retention Scheme mean for employers?
Frederick Powell, Margherita Cornaglia

Deaths of vulnerable persons in the community after Maguire: when is Article 2 engaged?
Stephen Cragg QC, Frederick Powell