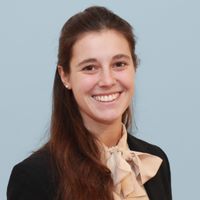 The Government approved a package of measures targeting the self-employed in response to the Covid-19 crisis. But are these measures sufficient and will they adequately safeguard members of the self-employed Bar, lower paid employees and workers in the gig economy and see sets of Chambers through the crisis? Doughty Street’s employment law team is available to advise on any employment issues that may arise in relation to employment status, sham self-employment agreements and the government’s financial assistance packages in the wake of Covid-19.

Despite initial uncertainty as to whether the Government’s support scheme for businesses was to apply to Chambers, which largely operate as unincorporated trade protection associations, the Bar Council confirmed that the Coronavirus Business Interruption Loan Scheme, supporting small and medium-sized businesses with an annual turnover of up to £45 million, and the option to defer VAT payments due between 20 March and 30 June 2020 apply to sets of chambers and their members. As to the latter, any deferred VAT payments must be paid on or before 31 March 2021 and those who regularly make payments via Direct Debit are advised to cancel their Direct Debit as soon as possible. It should be noted that, unlike in other European countries, the Government did not provide for business grants, beyond those available to eligible businesses in receipt of either Small Business Rates Relief or Rural Rates Relief.

Furthermore, an applicant’s trading profits must be less than £50,000 and more than half their income must come from self-employment. This is determined by at least one of the two following conditions being true:

Applicants are eligible even if they have not yet submitted their 2018-19 tax returns so long as they do so before 23 April 2020.

The above conditions have harshly hit the most junior members of the Bar and are likely to be equally harsh on the lower paid self-employed and members of the gig economy. As argued in a letter signed by a raft of junior barristers to Amanda Pinto QC, chair of the Bar Council, the scheme is “woefully insufficient as it does not offer financial aid to those (junior barristers who started practicing in 2019 and those returning to practice) without 2018-19 self-employed tax returns that accurately reflect their current earnings.”

The signatories argue that those who did not file a 2018-19 return, those who filed one that contained zero or negligent earnings due to their practice commencing shortly before the end of the tax year and the inherent delay between undertaking work and receiving payment and those who were previously employed are outright excluded from the government scheme. They further emphasise that it is exactly these groups who are the most financially vulnerable – because they most rely for their earnings on the types of non-urgent hearings that have now been vacated or adjourned due to COVID, because they are under particular financial pressures from a number of professional expenses tied to the start of practice and because they have little else to fall back on for financial support.

Finally, the signatories raise concerns about the indirectly discriminatory nature of the scheme, potentially breaching the 2010 Equality Act. Indeed, the newest entrants to the Bar are also generally the youngest members, and it is well-recognised that female barristers, BAME barristers and barristers from disadvantaged socioeconomic backgrounds are disproportionately represented in the lower earning areas of practice and underrepresented in the higher earning areas. Similarly, the operation of the scheme will negatively impact those who took a period of leave related to childbirth in 2018-19. Overall, the letter concludes, the “scheme will therefore have a more damaging effect on: the young; women; BAME barristers; mothers and carers; and those from disadvantaged socioeconomic backgrounds."

The signatories propose a simple solution to the issues they identify: allow the newly self-employed to rely on their 2019-20 tax returns. Given that payments under the scheme will only first be made in June, there is sufficient time to promptly file those returns prior to when the first payments under the scheme are scheduled. The June date for payments is in itself problematic. Between now and then, the self-employed will have no access to public funds, although the Government has said that to stop that gap the self-employed will be able to claim benefits, and it has provided for increased rates of Universal Credit (£94.25 per week).

The urgency with which the Government has approved and passed radical financial assistance packages makes it inevitable that gaps exist, leaving the least well-endowed in the deepest trouble. As discussed, this seems to have happened in the context of the most junior professionals at the Bar. However, there is reason to believe that difficulties will arise equally, if not more severely, in other sectors of the economy, particularly less well-regulated ones. Precarious workers and workers in the gig economy might be drastically impacted by Covid-19. Not only is there evidence that those with lower incomes are more likely to fall ill, but it is also predictable that workers in the gig economy and workers who are unable to perform tasks from home will fall through the cracks of government support schemes.

Two worries spring to mind. First, gig economy workers (such as delivery drivers or bikers) do not qualify as “workers” or “employees”. As such, they are unable to rely on government provisions relating to statutory sick pay or furloughed workers. Second, the same concerns arising in the context of junior barristers are expected to arise even more drastically for lower paid self-employed workers in the gig economy. Many newer workers will be excluded from the scheme altogether, and even those caught by it will receive no payments until June, when receiving 80% of past average income may be insufficient to cover debts and current livelihood expenses. Unite general-secretary Len McCluskey criticised the delay in payments until June, raising concerns that it would force workers to continue working to earn between now and then, exposing themselves and society more generally to the risk of further Covid-19 infections.

To take an example, whereas Uber drivers were reclassified as employees in France in March 2020, their status continues to be uncertain in the UK, with their case scheduled to be heard by the Supreme Court only later this year. The French court ruled that the claimant driver was in a subordinate relationship with Uber and concluded that the alleged self-employment relationship between the parties was fictitious – such relationship was thus to be reclassified as an employment contract proper. The Uber saga is just one instance of sham self-employment arrangements. If you are concerned about your employment status, please do get in touch with our employment team, which will be ready to advise and assist you.

Overall, the coming months will test the appropriateness of the government’s response to Covid-19. It is to be seen whether the Bar Council will succeed in safeguarding the interests and livelihoods of its most vulnerable members, and whether the Government will have the good sense to review a scheme which is otherwise likely to operate in a clearly discriminatory fashion.

What does the end of the Coronavirus Job Retention Scheme mean for employers?
Frederick Powell, Margherita Cornaglia