The views and opinions expressed within these insights are those of the authors and do not necessarily reflect the official policy or position of Doughty Street Chambers.
All Posts Subscribe
December 10, 2019 | 3 minutes read

Last week, the National Crime Agency deployed account freezing orders to secure £190 million held in the UK.  Malik Riaz, a property developer and one of the biggest employers in Pakistan, reportedly agreed to pay £190 million in order to conclude an investigation into the funds[1].   The agreement followed the obtaining, in August 2019, of eight account freezing orders at Westminster City Magistrates’ Court in connection with funds held in the UK totalling around £120 million (the final settlement includes a UK property valued at £50 million).  The assets are to be returned to the State of Pakistan.

Account freezing and forfeiture orders (“AFFO”s) were added to the Proceeds of Crime Act 2002 alongside unexplained wealth orders by the Criminal Finances Act 2017. Attracting less media attention than “UWO”s, they are, nonetheless, very attractive to enforcement agencies who made 650 applications in their first year of operation. That compares favourably with the deployment of UWO’s which have yet to reach double figures in almost two years. AFFO’s have the potential to be the most significant change to the criminal law in recent years.

AFFOs are quick – the applications are made in the Magistrates’ Court - and they are inexpensive for the state as it is, in essence, a civil procedure, avoiding the need to prove allegations beyond reasonable doubt.  However, there may be unseen costs borne by both the defendant, who loses crucial safeguards normally present in a criminal trial, and the general public because they undermine the quality of the criminal justice system.

AFFOs permit a police officer to apply, without notice, to freeze a UK account balance of £1,000 or more, if s/he has reasonable grounds to suspect that the money is recoverable (i.e. obtained through unlawful conduct) or is intended for use in unlawful conduct.

If the court is satisfied, on the balance of probabilities, that reasonable grounds for suspicion exist, the freezing order can remain in place for up to two years. The funds can be forfeited upon a further application if the court is satisfied that the funds or part of them are recoverable property – again, it is the civil standard of proof which applies.

A lower standard of proof means fewer protections for the respondent citizen.  Further, there is no requirement to disclose material that would undermine the prosecution case or assist the defence.  The applications can be made without notice and whereas civil forfeiture orders take place in the High Court and are restricted to the SFO, FCA, HMRC, the NCA or the DPP, AFFOs are in the tool kit for senior police officers and accredited financial investigators.  Whereas restraint orders under POCA are applied for in the Crown Court, applications for AFFOs are determined by the Magistrates’ Court which habitually avoid the scrutiny that might be applied by the senior judiciary. The risk of a ‘grab first, investigate later’ mentality has the significant potential to disrupt lawful businesses.

It is therefore much easier for authorities to obtain an AFFO than it is to conduct a lengthy money laundering or corruption investigation requiring evidence from overseas. Advertising AFFOs to foreign states seeking to recover property in the UK means that they might be applied for where no criminality has occurred in the UK or as a result of a questionable or politically motivated investigation abroad.  The initial standard required is reasonable suspicion – this is a low bar.  In short, AFFOs are a worrying erosion of the principle of innocence until guilt is proved.

If properly contested with appropriate representation AFFO applications may be thwarted. We are aware that some applications have been refused because the link between the account balance and the alleged unlawful conduct was absent/too remote, and/or failed to identify the predicate offence.  Such examples have however, required the respondent to fund this representation with no guarantee of being able to recover their costs, despite the civil nature of the proceedings. In practice, despite the burden of proof being on the applicant, the respondent in effect has to prove innocence and legitimacy of the funds. This places the respondent in a difficult position when they may remain under criminal investigation with criminal proceedings potentially looming over them. Although an appeal against an AFFO can be pursued in the Crown Court there are the usual shortcomings of that forum for establishing principles and precedent. It is hoped that the Administrative Court may, with the appropriate case, soon consider a Judicial Review with regards to AFFOs and thereby clarify this burgeoning area of the criminal law.

To view the profile of Nicola Higgins, please click here. 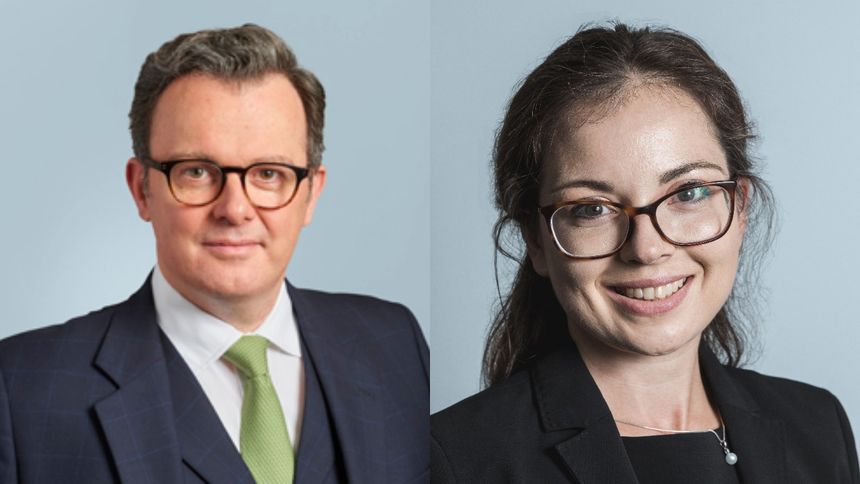