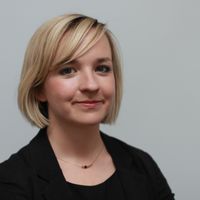 A report from the office of the Children’s Commissioner for England has found that thousands of homeless children are growing up in cheaply converted shipping containers and cramped rooms in former office blocks, putting their health and wellbeing at serious risk.

The report, Bleak houses, said that there are at least 210,000 homeless children in England, including more than 120,000 children who are officially homeless and living in temporary accommodation, and roughly 90,000 children in sofa-surfing families.  The data shows that a further 375,000 children live in households that have fallen behind on their rent or mortgage payments, putting them at financial risk of becoming homeless in the future.

Launching the report, the Children's Commissioner, Anne Longfield, described the homelessness crisis as a 'scandal'.  She pointed out that, under section 11 of the Children Act 1989, local authorities must act in a way that safeguards children and promotes their welfare. Further, the homelessness code of guidance reminds local authorities of these duties and sets out what is expected from councils when housing homeless families in temporary accommodation. However, said Longfield, 'this guidance is not always met and doesn’t go far enough.'

Longfield said that it was 'sad, though not unexpected' that children are still being forced by councils into calling B&Bs 'home', often for months or years at a time. More surprising, but just as sad, was the growth of 'new developments which councils have turned to in recent years to deal with the continued flow of homeless families coming through their doors: office block conversions, in which whole families live in single rooms barely bigger than a parking space, and shipping containers which are blisteringly hot in summer and freezing in the winter months.'

The report from the Children's Commissioner found that the primary causes of family homelessness in England were the lack of affordable housing and welfare reform, including cuts to welfare benefits and the introduction of universal credit. 'There is very little these families can do to escape the cycle of homelessness without outside help,' said Longfield.

At Doughty Street Chambers, we agree that the number of homeless children in this country is a national scandal. No child should ever be homeless, and we must work together to prevent any more children from having to live in unstable and unsuitable temporary accommodation such as B&Bs and now shipping containers.

On Friday 27th September 2019, Doughty Street Chambers is hosting a one-day conference in London, The Homeless Child: Causes and Solutions.  The conference will draw together a number of experts from across disciplines for a day of discussion, analysis and experience-sharing. It will include a number of panel discussions under the theme of the “Journey of a Homeless Child” in the UK, addressing issues such as child trafficking, child poverty and the rights of care leavers. Our keynote speakers are Sir James Munby, former president of the Family Division, who has presided over hundreds of cases involving homeless children, and Louise Hughes, a care leaver and ambassador for A National  Voice.

We would be delighted if you could join us on 27th September. Tickets are available here.

“Something has gone very wrong with our housing system when children are growing up in B&Bs, shipping containers and old office blocks,” said Longfield. “It is a scandal that a country as prosperous as ours is leaving tens of thousands of families in temporary accommodation for long periods of time, or to sofa-surf.” 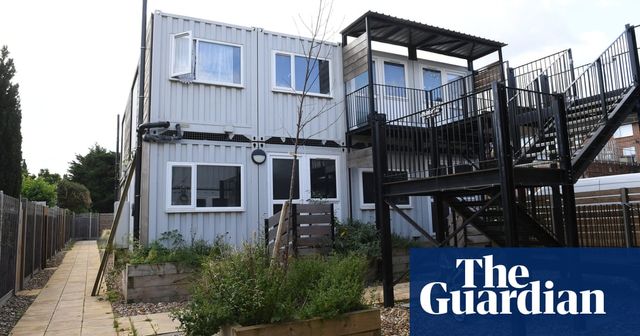 It's shameful that in one of the wealthiest countries children are being made to live in shipping containers. Gov needs to build more social housing, properly fund local authorities & work to ensure people are living in safe and secure housing immediatelyhttps://t.co/jyyf7MQwnt

An important read about the terrible conditions some families in temporary accommodation live in. These cheaply converted shipping containers, which are often unsafe & overcrowded, are having a dire impact on children’s health and wellbeing. #HousingCrisis https://t.co/6dl3BBhzis

Use of shipping containers to house homeless children widely reported following report by Children's Commissioner. Have a client who was living in a shipping container paying £364 p/w rent with 2 young children. Unsuitable & unaffordable @patrickjbutler https://t.co/nmD3a5BI0B

No child should have to spend months if not years living in a converted shipping container, a dodgy old office block or an emergency B&B.

This should act as a wake-up call to the new government.https://t.co/3eYvdAad2I

How does the Coronavirus Act 2020 alter the Care Act 2014?
Mary-Rachel McCabe

Sir Hugo Swire: Get social care right in ‘ageing’ Devon and we'll get it right across the country
Mary-Rachel McCabe
Recent posts from Doughty Street