Doughty Street Chambers hosted its fourth annual celebration of International Women’s Day on Saturday 2nd March at Arundel House in London, exploring what more the law can do for women.  The agenda for the day can be found by clicking here. Below, colleague Margherita Cornaglia writes on some of the key messages emerging from this lively event. You can read the conversations which took place on the day via the Twitter hashtag #DoughtyStWomen. 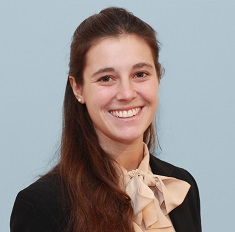 Doughty Street's IWD event gathered together more than 150 women - lawyers, activists, academics, those from civil society, and others. IWD is a yearly celebration of the struggles and achievements of women, and of minorities more broadly. The audience heard from experts sitting on four panels. Topics ranged from image-based sexual abuse, to women and austerity, to refugee and trafficking protection for victims, to the silencing of women who speak up against abuse through defamation laws. Artwork from the Koestler Trust lined the walls of Arundel House, the Oxford Belles livened the environment with their music, and Helena Kennedy QC discussed her recent book Eve Was Shamed.

In one of the day's most powerful panels, on Sex and Power (where women spoke of their experiences fighting gendered power dynamics) Chrissy Chambers told the audience her vulnerability gave her the chance to connect with others and put her at the forefront of change. Women are made vulnerable – when walking home alone, in conference rooms where everyone else is a man (how often!), in relationships, in countries ruled by men and men’s laws. But that common vulnerability brings us together, not just among women, but also among all vulnerable communities around the world. It is a strength.

A strength that must, but isn’t, being recognized. The feats of women are unacknowledged if Chambers and Partners rankings perpetuate systems built upon unconscious gender biases by continuing to disproportionately rank men in top categories for no justifiable reason. Pick any ranking – Harvard Business Review November-December 2018’s Best Performing CEO’s in the World: 3 of 100 are women. This theme ran through the event – as the unconscionability of rankings was pointed out, as listeners were called to recommend women for the quality of their work and as every expert panellist condemned the lack of recognition given to serious socioeconomic, legal and political questions disproportionately affecting women, which deserve being listened to and acted upon.

It was stressed throughout the panels that there is a need to reappropriate labels and definitions, images, roles and, above all else, the law. Particularly when law fails to seriously address issues as victim anonymity, the naming of “revenge porn”, the onus in trafficking, ownership rights over photographs proliferated without consent, platform liability, and when it fails to give criminal and civil recognition to illegalities that predominantly affect women. More generally, when the procedures, rules and systems we live in are built upon male perspectives. We need to work to codify and enforce the rights of women globally, to prevent laws being used as weapons of oppression, and to bring about significant legislative change.

The room was filled with women leaders – in research, in public debate, in charity sectors campaigning for justice against all odds, in the courts, in politics, in art. We were reminded of the need to speak out, to take to the media, to strive for political change. Criticism of Home Office immigration policies, welfare policies and of approaches to economic abuse made it clear that today’s policies are increasing gender inequality. We need to achieve greater scrutiny of such policies, and, in Helena Kennedy QC’s words, be vocal advocates not just in courtrooms, not just in our nuclei, but also outside.

But it was stressed that in order to do so we must look beyond, as far as South America, home to 14 of the 25 countries with the highest rates of femicide in the world. Join our experiences to those of others, build on the empathy which is, in Ulele Burnham’s words, the connective tissue that allows us to identify with one another.  Looking up out at the audience, Amber Heard almost whispered, “how powerful it is when we all come together.” And as Mary Wollstonecraft once said, “the beginning is always today.” This very climate of austerity, hatred and political crisis can spark a new beginning for women activists.

For more detail on the subject matter of each of the day's panels, the Twitter hashtag #DoughtyStWomen groups together all conversations from the day.  You can also watch a slideshow of photos from the day by clicking here.

Is it OK to call my MP a Nazi?
Anonymous