A new exhibition of photographs by award winning photographer Wendy Carrig (@wendycarrig) opened yesterday at the Greenham Common Control Tower.  The Control Tower opened as a community hub last summer, and is the last surviving building of RAF Greenham Common, a military airfield particularly known as being the site where, during the Cold War, NATO decided to locate American cruise missiles.  The decision led to the establishment of a women-only protest and Peace Camp, in which our own Rebecca Trowler QC participated. The exhibition documents life at the camp in 1985 in a series of striking and evocative black and white images.

The exhibition poster, which you can see below or by clicking here, brought back fond memories for Rebecca - she lived at the Camp between September 1984 and November 1985, and she features on the poster, as well as in the BBC's coverage of the exhibition (Rebecca is on the left in the first image available at this link).

The Greenham Common protests were a remarkable demonstration of female power and solidarity, and were all the more notable for intruding into the distinctly male military and political environments (despite a female Prime Minister leading the government of the day).  Indeed, as the more recent Women's Marches continue to show, there is still a particular power in the voices of female protestors.  Although this latest exhibition celebrates the achievements of the Greenham Common women, the protests were not without hardship as Rebecca recalls: “We lived in pretty challenging conditions, sleeping under plastic and being exposed to the elements 24/7, but the experience of being part of the Greenham community, the camaraderie, the focus, ingenuity and humour of the women at the camp more than made up for it.”

It seems fitting that, at the time of year when we celebrate UN Human Rights Day, we celebrate the right to protest in this way.  The exhibition runs until 9th March 2019 and we encourage you to visit and learn more about this important time in the history of political campaigning.

On 2nd March 2019, together with her Chambers colleagues, Rebecca will be asking "What More Can The Law Do For Women?" at our annual #DoughtyStWomen festival celebrating International Women's Day - more information is available by clicking here. 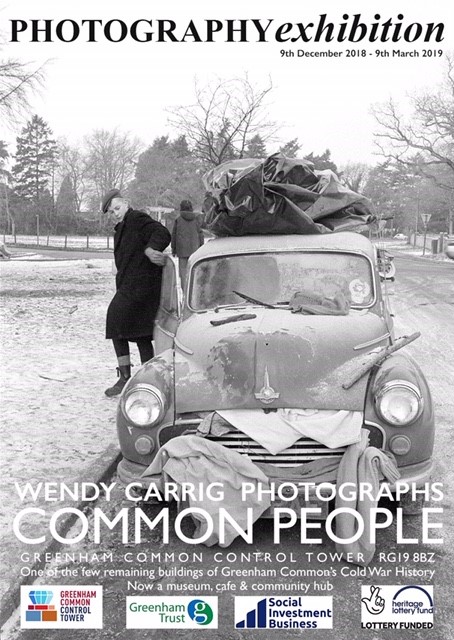 The housing of US nuclear warheads prompted thousands of women in 1981 to set up camps in protest at Greenham Common. It was the height of the Cold War and for six years, the groups peacefully campaigned against the arrival of the cruise missiles to the US-occupied air base in Berkshire. Wendy Carrig was a student photographer and found the camps a perfect setting for her final-year project. Now, more than 30 years on, some of Ms Carrig's last undeveloped negatives showing daily life at the site have been made into prints and will form an exhibition at Greenham Common Control Tower. 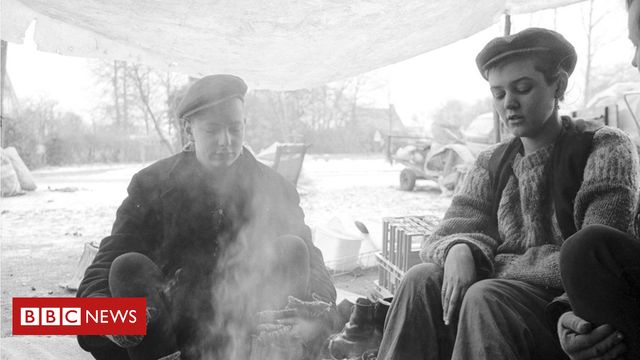 At next year's Founders' Lecture hosted by alumna @Beccy_Trowler QC on Mon 4th February, an interesting aspect of the talk will be when Rebecca touches upon being involved in the 1985 Greenham Common peace protests. https://t.co/hYE9xoDbhD pic.twitter.com/T2i2BIPnsv

From the 9th December 2018 until 9th March 2019, @greenhamTower will be hosting ‘Common People’, an exhibition of photographs taken by award winning photographer @wendycarrig. These photographs record life at the Greenham Common Peace Camp during the 1980’s. pic.twitter.com/I6Iex0bVBE

My #photographyexhibition on the BBC News - Greenham Common pictures highlight life in the peace camps https://t.co/FQtDunvhrY

A lovely surprise to see myself on the poster for this exhibition. Even better to hear there will be other images of Blue Gate in the exhibition. Thanks @wendycarrig @GreenhamTower https://t.co/ANl9XvQ0MQ

Is it OK to call my MP a Nazi?
Anonymous
Recent posts from Doughty Street