The Vigilante, The Chat Room and Entrapment

Last week, the Court of Appeal held that reliance on the evidence gathered by an internet vigilante group did not amount to an abuse of process.  In R v TL [2018] EWCA Crim 1821, the Court drew a distinction between the conduct of state actors and that of private citizens when assessing what may amount to entrapment.

Many of us may find vigilante internet groups unpalatable.  Their stated motive to assist the police in child sex cases is undermined by the macho triumphalism which accompanies their unregulated activity.  The National Guidance on Responding to Online CSA Vigilante Groups describes these groups as “high risk” (at 2.2) undermining public confidence in the police. As the CPS notes in its guidance, vigilante activity “has the potential to disrupt legitimate covert law enforcement activities … The police also have concerns about the risks posed to individuals targeted by this activity, which may give rise to violence being perpetrated against suspects or suspects engaging in self-harm because of the online publicity generated by the vigilantes”.

Yet the evidence gathered by self-styled “paedophile hunters” leads, regularly to prosecutions for grooming offences, attempts to meet and communication with, a child under ss. 14-15A of the Sexual Offences Act 2003.

Defence challenges to such evidence often focus upon abuse of process arguments.  It is contended that the deploying of “decoys” by vigilantes posing as children in internet chat rooms and dating websites amounts to entrapment. Consequently, prosecutions based on such entrapment are an abuse of process and should be stayed.

The Case of TL

This was the argument submitted successfully in a half-time submission in the trial of TL at Nottingham Crown Court on 8th May this year. The Judge found that the common law principle of entrapment as set out in the leading case of R v Loosely [2001] UKHL 53 should apply to the actions of a private citizen in the same way it applied to a police operation.

In TL, that private citizen was “Mr U“, a member of the vigilante group “Predator Hunters”. His actions were posing as “Bexie”, a 14 year old girl in a legitimate adult chat room.  Bexie had sent a photograph of herself after a request by the defendant.  Mr U had described the photograph in evidence at trial as “an innocent looking 14 year old”, a description the judge considered disingenuous. Following further exchanges, the defendant arranged for the fictional Bexie to meet him and his girlfriend for sex.  The vigilante group then turned up at the defendant’s house with the police.

The central question for the Court of Appeal was whether the trial judge was correct to extend the doctrine of entrapment to non-state actors, in this case Mr U and his "Predator Hunters".  The Court found that the Judge had erred in that decision.  It repeated the basis for judicial power to stay cases of entrapment as an abuse of process, as set out by the House of Lords in Loosely.  That power, the House of Lords had explained was to ensure that the rule of law was upheld and, as Lord Nicholls said, “to refuse to sanction the prosecution of state-created crime” (at [19]).

As previous authorities have noted, the overall consideration for the court in questions of entrapment was whether the conduct of the police or other law enforcement agencies brought the administration of justice into disrepute.  Other phrases from the case law, equally applicable were conduct which was "deeply offensive to ordinary notions of fairness" (Nottingham City Council v Amin [2000] 1 WLR 1071 at p.1076) or "was an affront to the public conscience" (R v Latif  [1996] 1 WLR 104 at p.112).

As the Lord Chief Justice put it in TL, the principles explained in Loosely apply to the conduct of state agents:

“Involvement of agents of the state in unacceptable behaviour is at the heart of the reasoning. It is the court’s unwillingness to approbate seriously wrongful conduct by the state, by entertaining a prosecution, that is the foundation of this aspect of the abuse jurisdiction”  [31].

The Doctor and the Journalist

However, TL does recognise that the conduct of a private citizen can amount to entrapment. Where evidence was the product of gross misconduct by a private citizen, then it would be an abuse of process to rely upon that evidence.  The issue arose in Council for the Regulation of Health Care Professionals v The General Medical Council and Saluja [2006] EWHC 2784 (Admin).  In that case, an undercover journalist posed as a patient and asked a doctor for a sickness certificate, so she could have time off work for a holiday.  She made it clear that she was not ill.  He agreed to provide the certificate.  The consequent disciplinary proceedings were stayed for entrapment as an abuse of process.

The High Court overturned the decision.  It relied upon the same reasoning as TL: that misconduct by non-state agents (in that case a journalist) was wholly different in principle when it came to the question of abuse of process.  However, Goldring J did note the following (at [81]):

However, the authorities leave open the possibility of a successful application of a stay on the basis of entrapment by non-state agents … given sufficiently gross misconduct by the non-state agent, it would be an abuse of the court’s process (and a breach of Article 6) for the state to seek to rely on the resulting evidence. In other words, so serious would the conduct of the non-state agent have to be that reliance upon it in the court’s proceedings would compromise the court’s integrity. There has been no reported case of the higher courts, domestic or European, in which such “commercial lawlessness” has founded a successful application for a stay. That is not surprising. The situations in which that might arise must be very rare indeed.

The Court of Appeal in TL reiterates Goldring J’s final comment. It too suggests that the situations in which a successful stay application for entrapment by non-state actors would be rare.  But, like the GMC case, it does not speculate about what those rare circumstances might be.

Previously, arguments have been raised that internet vigilante groups amounted to covert intelligence sources and should be regulated by the provisions of Regulation of Investigatory Powers Act 2000.  These have failed (see for example R v Walters; R v Ali, Newcastle Crown Court, 6th April 2017, unreported).  They were raised but not renewed inTL.

Entrapment-based challenges to prosecutions of child sex offences such as those in ss.14-15A of the SOA 2003 based on evidence gathered by internet vigilante groups will fail, following the reasoning in TL.  What might amount to gross misconduct of non-state actors in internet vigilante cases remains undefined (but see the discussion of X Factor's Tulisa and the Fake Sheik as non-state agent entrapment in a different context).

The Court of Appeal in TL considered the actions of Predator Hunters, and groups like them fell short of gross misconduct.  But as the Lord Chief Justice added, “the zeal of some “vigilantes” may lead them to seriously improper conduct”  [39].

While their actions may not amount to an abuse of process, they remain abusive. The shaky mobile phone footage of the public confrontation livestreamed on Facebook and distributed on Twitter has more in common with mob justice and the prescient warnings of Black Mirror than it does with due process.

the zeal of some "vigilantes" may lead them to seriously improper conduct. It would be much better for those in Mr U's position immediately they have suspicions about the conduct of an identifiable individual to involve the police and leave them to investigate. But the question before us is whether the judge was right to stay the proceedings as an abuse of process. Our conclusion is that he was not. 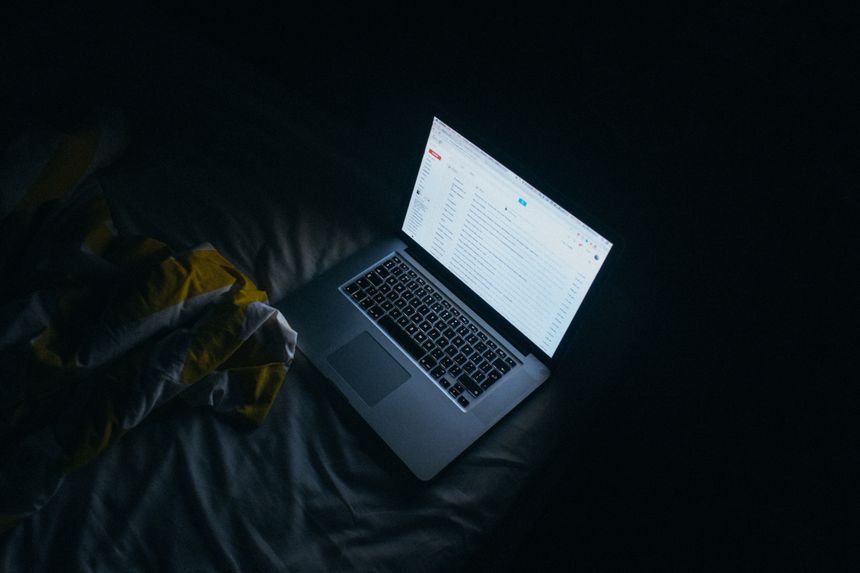