The views and opinions expressed within these insights are those of the authors and do not necessarily reflect the official policy or position of Doughty Street Chambers.
All Posts Subscribe
February 2, 2018 | 5 minutes read

This week the European Court of Human Rights delivered a judgment about an engineering student in Turkey who was excluded from his university because, following an accident, he could no longer use the stairs.

This blog post outlines the concept of inclusive education, explains its connection with human rights, analyses the recent Strasbourg case and offers some thoughts on how the Court's jurisprudence might develop in the next few months.

The denial of inclusive education of learners with disabilities is one of the most wide-spread rights violations in Europe. Governments are supposed to provide education for all, but the reality in many countries is that children with disabilities are automatically excluded from education, or are left to linger at the back of classrooms or are sent to segregated "special" education.

Inclusion in mainstream education for all learners is a global norm. The notion that each child is entitled to inclusive education is not a mere policy nicety or an aspirational dream: it is set out in binding international human rights law – see article 24 of the UN Convention on the Rights of Persons with Disabilities ("CRPD"). The UN disability committee expanded on this provision in its helpful 2016 general comment.

To achieve inclusive education, states must make sure schools, colleges and universities provide adjustments for each individual learner. Failure to do so is a breach of human rights. International law calls these adjustments “reasonable accommodations”. They're defined in article 2 of the CRPD. No standardised list of adjustments exist, because the adjustment needs to be tailored to the needs of each person. So for one person the adjustment could be a ramp or a lift. For another it will be a teaching assistant or more regular breaks or changes to the curriculum. States should provide these adjustments, says article 2 of the CRPD, until they constitute a “disproportionate or undue burden” for the state. That’s quite a stringent test.

Against the backdrop of UN law, the ruling by the European Court of Human Rights - which of course applies the European Convention on Human Rights - is significant. The Court’s English-language press release about the case is here and the judgment is here. Unfortunately, the judgment is only available in French, but avec l’assistance de google translate, here’s what I’ve been able to understand of the case, and why it will likely be welcomed by the disability rights community in Turkey and beyond.

In 2005 Enver Şahin was a first-year mechanical engineering student at the Fırat University in Turkey. He was injured in an accident which resulted in paralysis of his legs. After a period of recovery, he wanted to resume his studies so he asked the university to make some architectural adjustments to the three-storey faculty building. The university said they didn’t have enough money to do that, but offered him an assistant instead. This appears to have been more a gesture of appeasement than anything well thought-out. Mr Şahin refused the offer. He complained through the courts in Turkey and then took his case to Strasbourg.

In its judgment, the European Court of Human Rights cited the CRPD, referring in detail to that Convention's principles including freedom to make one’s own choices and independence of persons (article 3). It cited the accessibility duty (article 9), the right to personal mobility (article 20) and the right to education (article 24).

Commenting on the university’s offer of an assistant, the Court invoked the paramount importance for Mr Şahin, as a person with a disability, of his right to live independently and of the development of his sense of dignity and self-worth - concepts that come straight from the CRPD. The Court found that in offering an assistant, the university had not assessed the potential impact on Mr Şahin’s safety, dignity and independence and it was unreasonable for the purposes of Article 8 of the ECHR, which provides for the right to respect for private and family life. The judges found that the state had “disregarded [Mr Şahin]’s need to live as independent and autonomous a life as possible” (per the press release).

The Court found a violation of Article 14 of the ECHR which sets the prohibition of discrimination, read in conjunction with Article 2 of Protocol No. 1, the right to education. It awarded Mr Şahin €10,000 non-pecuniary damages as well as legal costs.

From the perspective of global disability rights, the most tantalising aspect of the judgment is paragraph 62. Thanks to google translate avec une touch-up by me, it states:

Under Article 14 of the [ECHR] as well, the Court must take into account developments in international and European law and react, for example, to the consensus that may emerge at these levels as to the standards to be attained. It notes in this regard the importance of the fundamental principles of universality and non-discrimination in the exercise of the right to education, which have been repeatedly enshrined in international texts. It further emphasises that, under these instruments, the means recognised as the most appropriate to guarantee these fundamental principles is inclusive education, which aims to promote equal opportunities for everyone, and in particular for people with disabilities (Çam, cited above, § 64, and references therein). Inclusive education is undoubtedly a component of the international responsibility of States in this area.

In Çam v. Turkey a music academy considered accepting Ms Çam as a prospective student. She had the musical ability but was refused entry because she was blind. In other words, she was treated differently on the basis of her disability and no reasonable accommodation was provided. The Court found that her rights to non-discrimination under Article 14 of the ECHR had been violated. So we can see that this week's Şahin judgment is a logical extension. The Court's strong endorsement of the right to inclusive education is particularly welcome.

Both and Çam and Şahin are about tertiary (non-compulsory) education and both were brought by applicants with a sensory impairment (Çam) or physical impairment (Şahin). The Court has not yet dealt with a case about a child of compulsory school age excluded because of their intellectual/learning disabilities.

That’s likely to change soon when in the next few months the Court delivers its judgment in the case of Stoian v. Romania. This case is a classic one of exclusion from the school system of a child with an intellectual disability. It has received great interest from NGOs. The Mental Disability Advocacy Centre, which I directed until 2017, sent written submissions to the Court in 2014, and more recently I helped Inclusion International and Inclusion Europe write their joint submission. Realising the potentially ground-breaking nature of the case, theCouncil of Europe's Commissioner for Human Rights sent his views to the Court in November 2017.

I hope that in Stoian the Court will follow its Çam and Şahin approach and apply the doctrine of inclusive education to primary and secondary level education. Why does it matter? Because segregated education delivers much worse educational outcomes, and because they increase the likelihood of disabled children living in institutions, having poor health, and as they grow older facing unemployment, poverty, violence and social exclusion.

No judgment is going to solve these multi-faceted problems. But the European Court of Human Rights has a key role to play in European social change. The Court should state clearly that failing to include disabled children in mainstream education is a violation of their human rights. Such a statement from the Court would assist with desegregation efforts underway in many countries, efforts that will save many children's lives and improve the life-chances and happiness of countless more.

Education systems should be directed to "the full development of human potential and sense of dignity and self-worth, and the strengthening of respect for human rights, fundamental freedoms and human diversity" - CRPD article 24 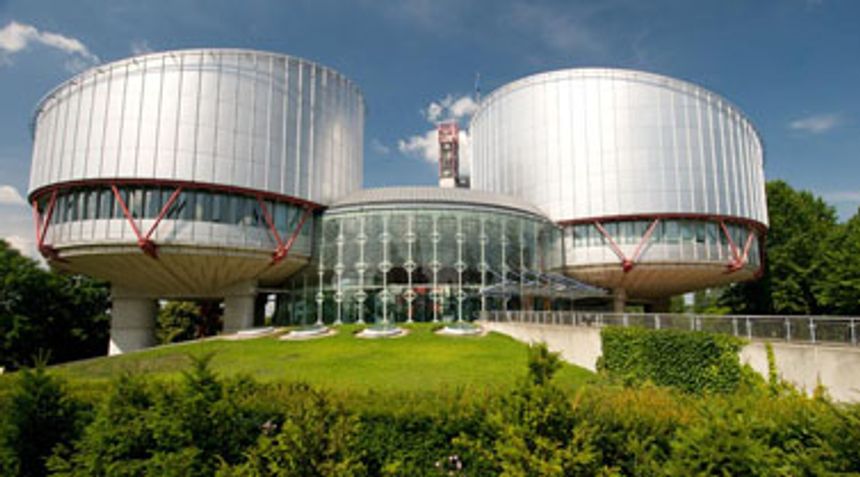 #Disability: European Court of Human Rights says impossibility for a paraplegic person in #Turkey to gain access to university buildings = discrimination regarding the right to education https://t.co/QhLY0MqalO #ECHR pic.twitter.com/RoJ3gLZSRF

#Equality is the unstoppable right. First #ECtHR #discrimination on grounds of #disability ruling at long last. So much more to do where that came from. https://t.co/5rTJsjSerE

European Court of Human Rights says impossibility for a paraplegic person in #Turkey to gain access to university buildings = discrimination regarding the right to education https://t.co/ruGLIciauH #ECHR

Impossibility for a paraplegic person to gain access to university buildings: discrimination regarding the right to education https://t.co/XNM2tkCuTk

Do you think it's fair to kick children out of school due to mental health challenges? It happens far too often.

Belief, understanding and more support is required so all children can learn together, in safe, inclusive learning spaces. #bellletstalk (RT to $ support programs) pic.twitter.com/57EqwHKeE2