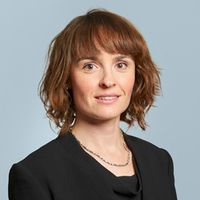 Rights held up "at the hospital door"?  A missed "tipping point" for Article 2 and the right to health in the Lopes de Sousa Fernandes v Portugal Grand Chamber judgment

"In Europe, there was a time when the law did not enter prisons or army barracks, when wardens and officers were untouchable gods while prisoners and soldiers were insignificant subjects. That time is long over for prisons and army barracks. Regrettably, it is not yet over for hospitals. As the majority see it, the Convention should stay at the hospital door..."

These are the powerful and impassioned words of Portuguese Judge Paulo Pinto de Albuquerque in his 94 paragraph partly concurring, partly dissenting opinion on the right to health and Article 2 in the Strasbourg case of Lopes de Sousa Fernandes v Portugal, decided by the Grand Chamber in December.

The background facts were the death of the applicant's husband following a series of medical problems that arose after a routine operation.  The applicant alleged that her husband’s death had been caused by negligence and carelessness on the part of the medical staff, and that the authorities had not elucidated the precise cause of the deterioration in her husband’s health.

In December 2015 the Fourth Section found that the lack of coordination between the hospital departments "attests to failings in the public hospital service" and that the applicant's husband was thus deprived of the possibility of access to appropriate emergency treatment.  For the Fourth Section, this was sufficient for the Court to consider that the State failed in its obligation to protect his physical integrity, and a violation of the substantive aspect of Article 2 of the Convention (without speculating on the husband's chances of survival).

The Grand Chamber, by contrast, reverted to the much-quoted Powell v UK principle that this was a case of "mere negligence", insufficient to call into question the state's obligations under Article 2.

The Grand Chamber reviewed the case law on access to health care and set out two types of "very exceptional circumstances" where the responsibility of the state under the substantive limb of Article 2 may be engaged in respect of the acts or omissions of healthcare providers:

In relation to the second category, the Grand Chamber was at pains to emphasise that the acts and omissions must go beyond mere error or medical negligence, the dysfunction at issue must be objectively and genuinely identifiable as systemic or structural, there must be a link between the dysfunction and the harm which the patient sustained, and the dysfunction must result from the state's failure to provide a regulatory framework in the broader sense.

It will be readily apparent that these criteria will apply only in limited circumstances, although recent newspaper headlines about the NHS this winter (suggesting serious shortages of vital equipment, for example) should perhaps give the Government pause before assuming they would never apply in the UK.  (The UK and Irish Governments intervened before the Grand Chamber to argue against any widening of the state's obligations under Article 2; there were no other interveners.)

In his separate opinion Judge Pinto provides a sweeping overview of the right to health in international law and under the Convention - recommended reading for anyone interested in the right to health - and dissects the majority's reasoning and argues for an extension of Osman case law to healthcare cases.  He concludes:

92. In many respects the Convention remains an unfulfilled promise. The Court has still to take practical steps to move issues of health care from useless rhetoric to human rights implementation. Simply lamenting avoidable death or serious injury caused by the State’s retreat from public health-care responsibilities and by negligent conduct on the part of State agents, including medical practitioners, is not enough. Looking the other way is even worse and tarnishes the Court’s reputation as a staunch defender of human dignity. Progress has been slow and remains below expectations, in view of the customary nature of the right to health care in international law and the long-established Airey principle that all human rights are interdependent and interrelated, which means that the civil right to life means nothing if the State does not guarantee the effective conditions for its realisation for those patients in absolute need of health care. 93. In Europe, there was a time when the law did not enter prisons or army barracks, when wardens and officers were untouchable gods while prisoners and soldiers were insignificant subjects. That time is long over for prisons and army barracks. Regrettably, it is not yet over for hospitals. As the majority see it, the Convention should stay at the hospital door. 94. This case could have been a tipping point. The Grand Chamber did not want it to be that way. I regret that, by rejecting a purposive and principled reading of the Convention, the Court did not deliver full justice.