The views and opinions expressed within these insights are those of the authors and do not necessarily reflect the official policy or position of Doughty Street Chambers.
All Posts Subscribe
January 23, 2018 | 5 minutes read

The UN High Commissioner for Human Rights has recently published a report on access to justice for people with disabilities. The 17-page report is worth reading in full. This blog post does not summarise the report, but highlights some of its findings.

Within its mandate on the rights of “persons with disabilities” (the UN uses phrase whereas in the UK the phrase “disabled people” is preferred by... disabled people) the UN Human Rights Council chooses a focal theme each year. This year it's access to justice.

The report was prepared in advance of the 37th session of the UN Human Rights Council which begins at the end of February. Representatives of countries around the world will discuss the report. Who knows, it may inspire them to enact changes in their countries.

The report was written by international civil servants in the OHCHR, with contributions from 22 countries, 14 national human rights institutions (including the GB Equality and Human Rights Commission), 2 regional organisations and 21 civil society organisations: here is the full list.

So what does it say?

Access to justice is set out in article 13 of the UN Convention on the Rights of Persons with Disabilities (CRPD), a human rights treaty that the UK ratified in 2009. The CRPD is the first international treaty to enshrine access to justice as a human right. Drawing on standards developed under international human rights law, article 13 of the CRPD goes beyond “the right to a fair trial” which features in many human rights treaties including article 6 of the European Convention on Human Rights. It is wider because it places an obligation on states to eliminate barriers faced by people with disabilities in accessing justice on an equal basis with others.

Article 13(1) of the CRPD requires states to ensure “effective access to justice for persons with disabilities on an equal basis with others, including through the provision of procedural and age-appropriate accommodations, in order to facilitate their effective role as direct and indirect participants, including as witnesses, in all legal proceedings, including at the investigative and other preliminary stages”. Direct participants are the parties to a case – such as a defendant in criminal proceedings. Indirect participants include judges, lawyers and jurors too. The provision is not limited to criminal law, although it is important to point out that the provision applies from the moment a person with a disability first comes into contact with the criminal justice system.

Article 13(2) requires governments to make sure that people working in the justice system – including police and prison staff – receive training on disability issues.

The report suggests that access to justice is not a technicality but is “a component of active citizenship to shape the society in which we live” and that “[u]pholding democracy, rule of law, accountability and the effective administration of justice requires the involvement of persons representing all facets of society, in all capacities, including persons with disabilities.” (para 55)

People with disabilities in justice systems may require accommodations (or adjustments) so that they can access justice on an equal basis with others. Such accommodations include:

Many countries’ justice systems (like education systems or health systems) are rigid and inflexible and appear to place greater emphasis on strictly enforcing rules rather than serving its users. The report says that governments must “review their legislation, including administrative, civil and criminal legislation, in order to explicitly include the duty to provide procedural accommodations in all legal proceedings” (para 28). Governments are encouraged also to gather and share good practice.

Fitness to stand trial and the insanity defence

A lack of procedural accommodations violates the right to a fair trial and may lead to effective exclusion from proceedings and/or being subjected to unfair sentences, the report says. Fitness to stand trial is a notion in many criminal laws around the world whereby a defendant’s capacity to understand and participate in the legal proceedings is examined, usually by a psychiatrist. If the defendant is found to be “unfit”, he or she may be detained and treated against his will. The report points out that the CRPD Committee (the monitoring body of the CRPD) has considered such tests to constitute disability-based discrimination and has called on governments to remove such tests from their criminal justice systems (para 35).

Similarly, the “insanity defence” comes under fire. Broadly, this defence is available in many criminal justice systems when defendants who have committed the criminal act or omission (known as the “actus reus” part of the offence), but were “of unsound mind” or “insane” at the time of the commission of the offence. They are said to lack “mens rea”, the intention element of the offence. People found “not guilty by reason of insanity” are often deprived of their liberty in secure psychiatric hospitals where they are given forced psychiatric treatment and subject to other coercive measures such as having to comply with a stringent and sometimes non-therapeutic regime, physical restraints and seclusion.

The report calls on governments to “abolish” the insanity defence (para 36). However, unfortunately, the report does not set out the potential advantages of retaining such a system – albeit one without derogatory language. What would the consequences of abolishing this defence be? Is it suggested that criminal law should do away with mens rea altogether? Or that mens rea be ignored during trial but taken into account at sentencing? These operational questions have not yet been addressed.

The report reiterates that it is unlawful under international human rights to sentence a person with mental health issues or intellectual disabilities to death, or to carry out executions. It highlights how mental health service users or people with intellectual disabilities, “may face a greater risk of incurring the death penalty because of a lack of procedural accommodations in criminal proceedings” (para 31). It is safe to suggest that this finding applies across the criminal law, even in the vast majority of countries that do not have the death penalty.

Noting that people with disabilities are disproportionately poor and face challenges accessing good quality legal advice and representation, the report suggests that there is a particular need to provide legal aid “for those living in institutions, and for women and girls with disabilities facing violence or abuse” (para 41).

Where legal aid exists, it is sometimes insufficient to meet the need. It is inaccessible to disabled potential clients. Often lawyers lack expertise about the rights of people with disabilities.

The report is scathing about the consequences of austerity policy choices:

The report is essential reading for anyone wanting to increase access to justice for people with disabilities, including those with mental health issues or learning disabilities. It should also be read by legal practitioners, policy-makers and others working with people who for other reasons are rendered vulnerable to rights violations or face structural exclusion, such as victims of domestic violence or trafficked people, asylum-seekers and refugees, LGBTQ people and those belonging to national or ethnic minorities.

States Parties shall ensure effective access to justice for persons with disabilities on an equal basis with others, including through the provision of procedural and age-appropriate accommodations 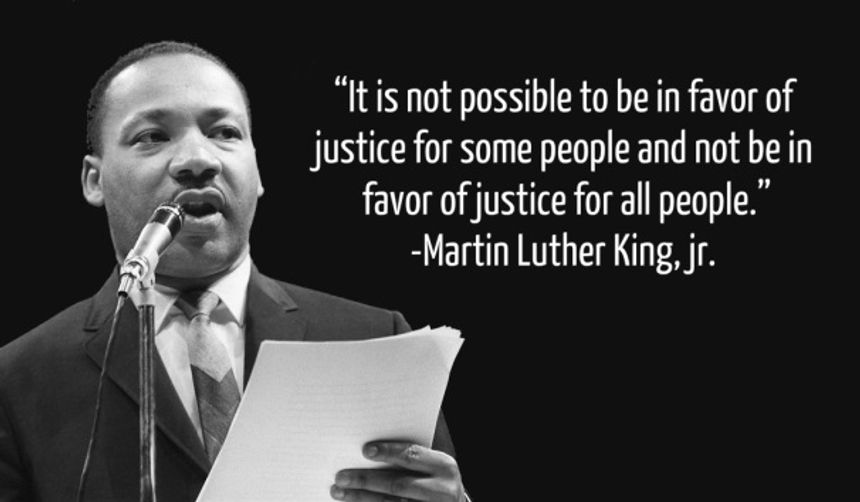 Delighted to be working with @BDA_Deaf on this exciting new project looking at access to justice for deaf people #CRPD https://t.co/vI0pD7bEIZ

The right to access to justice under article 13 of the Convention on the Rights of Persons with Disabilities @UNHumanRights https://t.co/jFozgdKJhC

AG Ferguson: “The death penalty is expensive, unfair, disproportionate — and it doesn’t work. More than a third of all U.S. states have abolished the death penalty. Washington should join them.” #waleg https://t.co/dcSJivOHo9

Our next #EuropeInAction conference will take place together with @InclusionIntl's World Congress! Register now - early bird tickets are only available until the end of January! https://t.co/DAL7IwDMY6 #intellectual #disability #LearnInspireLead #accessibility pic.twitter.com/PTqyAfVym8

Top of my list of favourite resources at the mo - Victorian Human Rights Bench Book https://t.co/gn4nYvcRi5

Our #DRILLUK partner @disabilityni is funding @mentalhealth to encourage involvement in physical activity, @BDA_Deaf to improve access to the justice system, @PFTweets to support people with learning disabilities who are victims of sexual violence. https://t.co/xqND3NyCPq pic.twitter.com/OblWqevWy6