The House of Lords' EU Justice Sub-Committee is undertaking further work on "the important question of citizens' rights after Brexit," following its 2016 Inquiry, Brexit: acquired rights. It has just published a range of evidence (available here) which it has recently received on these issues, including a submission made by two of us from Doughty Street Chambers, me and Susie Alegre.

Susie and I have previously given written evidence on these issues to the Joint Committee on Human Rights (in October 2016, along with our colleague, Katie O’Byrne, available here).  In this latest evidence we have summarised our key concerns regarding:

(a)   The impact of Brexit on citizenship rights for all UK citizens;

(b)    The particular issues arising in relation to citizenship rights in Northern Ireland;

(c)    The impact of Brexit on citizenship rights for EU nationals resident in the UK.

(Note that this evidence was filed with the Sub-Committee in November 2017, and so prior to the Phase 1 agreement having been reached.)

(a) All UK citizens

Our evidence highlights that, although wholesale withdrawal from the EU is an unprecedented step for any EU member state, so the legal and practical ramifications of Brexit for British (see our evidence for an explanation of this term) citizens are as yet untested, it is clear that, for all British  citizens, regardless of where they live, Brexit will mean a fundamental change in their citizenship status.  Article 9 of the Treaty on European Union (TEU) states that:

“In all its activities, the Union shall observe the principle of the equality of its citizens, who shall receive equal attention from its institutions, bodies, offices and agencies. Every national of a Member State shall be a citizen of the Union. Citizenship of the Union shall be additional to national citizenship and shall not replace it.”

It seems at present that all British EU citizens, unless they have access to a second European nationality, will cease to be EU citizens at the end of March 2019.  For some, this will not be important, but for others this will have profound and long-term consequences on their lives whether they currently reside in the EU or not.

One issue which we raise in our evidence is that loss of EU citizenship is a human rights issue. Many British citizens have spent their entire lives as EU citizens.  They identify strongly with both the British and European aspects of their social identity.  For some there will be a profound sense of loss at the removal of their EU citizenship while for others, it may also have significant practical implications for their professional and private lives.  As Susie Alegre said in her evidence to the Inquiry on Acquired Rights, the level of European integration over the past half century means that EU citizenship for some British citizens is a core part of their social identity that arguably brings it within the general scope and ambit of Article 8 ECHR, the right to private and family life.  Losing EU citizenship, therefore, is a human rights issue.

In addition to the general concerns arising in relation to the rights of UK citizens post-Brexit, there are particular complexities and serious concerns arising regarding those resident in Northern Ireland, given the terms of the Good Friday Agreement, or Belfast Agreement (“GFA”). Further detail regarding these concerns is contained in an independent legal opinion provided to the GUE/ NGL Group of the European Parliament by Caoilfhionn Gallagher QC, along with Katie O’Byrne, in October 2017 (available here) but a summary of the key issues is provided in our short evidence to the Sub-Committee.

We highlight the fact that the GFA (the result, and the cornerstone, of the peace process in Northern Ireland) recognises the right of all people of Northern Ireland to identify themselves as Irish, or British, or both, and to hold citizenship accordingly. The GFA states that this “would not be affected by any future change in the status of Northern Ireland”.[7] However, it appears on the UK Government’s present position[8] that when the UK exits the EU, there will be a discrepancy between those living in the territory who hold Irish passports (or a passport of another EU Member State), who will continue to be EU citizens, and those living in the territory who only hold UK passports, who will not be (although under the GFA they will retain the right to self-identify as Irish, and to hold Irish, and therefore EU, citizenship, if they so choose).

Our evidence addresses the centrality of human rights to the GFA, and our concerns regarding Clause 5(4) of the EU (Withdrawal) Bill. The GFA requires “at least an equivalent level of protection of human rights as will pertain” in Ireland as in Northern Ireland,[10] yet the UK Government does not intend to convert the EU Charter on Fundamental Rights (“the Charter”) into domestic law post-Brexit.

We also address the particular importance of political rights under the GFA, and their link to the rights of EU citizens in Articles 20-24 TFEU, including, importantly, the right to vote and to stand as a candidate in elections to the European Parliament and in municipal elections (Article 22(1) TFEU) in the Member State in which they reside, under the same conditions as nationals of that State; the right to petition the European Parliament (second paragraph of Article 24 TFEU); and the right to apply to the Ombudsman (third paragraph of Article 24 TFEU) appointed by the European Parliament concerning instances of maladministration in the activities of the Community institutions or bodies.  The UK has committed to maintaining EU citizenship:  “As long as Ireland remains a member of the EU, Irish citizenship also confers EU citizenship, with all the rights that go with this. This is as true for the people of Northern Ireland who are Irish citizens – or who hold both British and Irish citizenship – as it is for Irish citizens in Ireland.”[13] The rights of citizens to be represented and to stand in the EU Parliament would entail the allocation of seats in the EU Parliament for EU citizens in Northern Ireland. It remains wholly unclear how this conundrum is to be resolved, and how the EU citizenship rights of Irish nationals in Northern Ireland are to be protected.

(c) EU Nationals in the UK

Our evidence also summarises our serious concerns regarding the impact of Brexit on the three million EU nationals who currently live, work and have families in the UK.  This includes both short-term concerns, regarding the lack of certainty they now face, and longer-term issues.   It is unclear what the impact upon EU nationals in the UK will be, given the absence of detailed proposals and the total uncertainty regarding how current residence rights will be approach. However, it is clear that there may potentially be a grave impact upon their rights, including in particular their rights to private and family life.  Individuals who have moved to the UK, in good faith, and on the assumption that this would be their permanent home, may find their status downgraded.  Individuals who are married to UK citizens, or who have children who are dual citizens of the UK and another EU country, are also unsure of the impact upon them, their spouses, and their children.

The Sub-Committee is now considering all oral and written evidence submitted to it, and it is expected to produce a further report early in 2018. 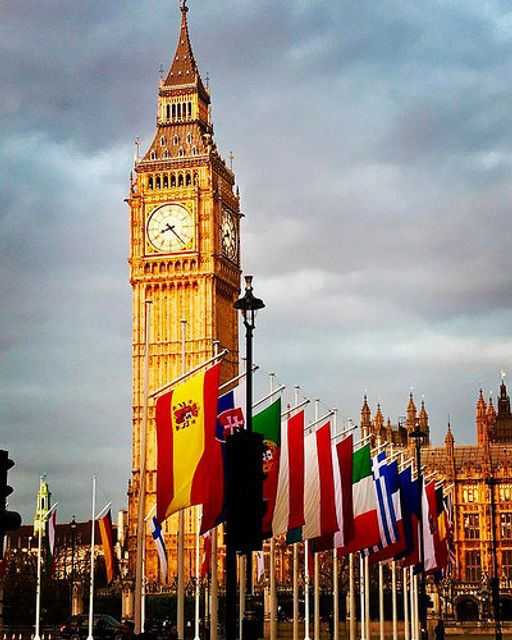