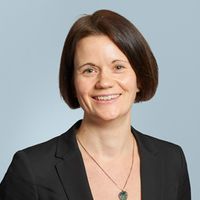 On 29th November 2017, a non-urgent remedial order was laid before Parliament with the intention of allowing a single person to apply for a parental order, to transfer legal parenthood after a surrogacy arrangement - as currently only couples can apply for such an order after surrogacy.

Parental Orders are important for those who have a child carried by a surrogate. A parental order, if granted, transfers legal parenthood under section 54 of the Human Fertilisation and Embryology Act 2008 to a couple who were assisted by a surrogate. A surrogate who births a child is named on the birth certificate as the child’s mother and is automatically granted parental responsibility for the child. To transfer legal parenthood from the surrogate, an application for a parental order can then be made by the intended parent(s), but such an application has to be made by two people and more specifically by a) husband and wife; b) civil partners of each other, or c) two persons who are living as partners in an enduring family relationship and are not within prohibited degrees of relationship in relation to each other.

Currently, therefore, single people who use a surrogate are unable to obtain a parental order, because section 54 (2) of the Human Fertilisation and Embryology Act 2008 requires that an application for a parental order has to be ‘made by two people’.  The only way for a single person using a surrogate to obtain parental responsibility is through adoption, a child arrangements order or making the child a ward of the court.

The remedial order will (in due course, hopefully) pave the way for a single applicant using a surrogate to obtain a parental order in relation to any child resulting from a surrogacy, in the same way that a couple using a surrogate currently can – the idea is that the remedial order will permit retrospective applications in relation to parental orders, too - for a period of time.

This remedial order  - that has been much anticipated and much needed since the Department of Health conceded in the case of Z (A Child) (No 2) [2016] 3 W.L.R. 1369 that a declaration of incompatibility was required under section 4 of the Human Rights Act 1998 because s.54 of the Human Fertilisation and Embryology Act 2008 was recognised by the Department of Health to discriminate against single people commissioning surrogacy.

Sections 54(1) and (2) of the Human Fertilisation and Embryology Act 2008 are incompatible with the rights of the applicant and the second respondent under article 14 of the European Convention taken in conjunction with article 8 in so far as they prevent the applicant from obtaining a parental order on the sole ground of his status as a single person as opposed to being part of a couple.

The remedial order will seek to remedy the issue by ensuring that a single parent who uses a surrogate will not be excluded from applying for a parental order. The intention is for there to be a six month application window once enacted to allow those impacted by the current provision to apply for a parental order. The order will now be subject to parliamentary scrutiny and any necessary amendments before being debated in both Houses.

1) For the House of Commons Library research briefing:

2) For information on surrogacy provided by the Human Fertilisation and Embryology Authority:

3) For the Hansard record of the laying of the remedial order see here:

The Government welcome the opportunity to lay this remedial order to allow a single person the same rights to gain legal parenthood as couples. The order will allow a six-month period where an existing single parent through surrogacy can retrospectively apply for a parental order.