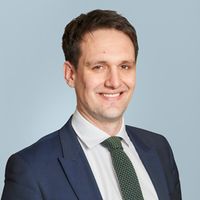 It's one thing to have a well intentioned policy; it's another to commit to it by proper funding.  In 2014 the government introduced a 'Staying Put' policy which enabled those in foster care to stay with their foster family beyond the age of 18.  It was an important attempt to avoid the cliff edge in support vulnerable care leavers can fall off when they become an adult.

There have been some positive signs.  In October 2016 it was announced that 54% of eligible 18 year olds had entered Staying Put arrangements.

The difficulty, however, is that being a foster parent can often be the foster carer's only source of income, or at least an important one, and the current Staying Put arrangements can see their income drop significantly, leaving foster carers in an invidious position of choosing between the foster child or a viable income.

In a pre-election plea, the Nationwide Association of Fostering Providers has raised concerns and called upon the government to review the impact of Staying Put and to introduce a minimum allowance to 'bring up the lowest levels of support to something more manageable".

As put by the association's chief executive:

“Enabling young people to continue to live with their foster carers after 18 is a wonderful policy and something many carers have done informally for many years...But government have under-funded the Staying Put policy and, as a result, too many carers are unable to afford to pay basic bills and continue to care for young people,”