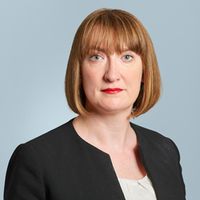 Human rights lawyers have grown tired of shouting long, loud and hard that the European Convention on Human Rights ("ECHR") is not an instrument of European Union law.  However, none will be surprised by press reports this morning that Conservative backbenchers are pressing for clarity from the Prime Minister on how the upcoming party manifesto will deal with human rights, the UK's commitment to the ECHR and our membership of the Council of Europe.

The imminent ballot is, of course, the "Brexit election".  However, how a new Government approaches its international commitments is key not only to the protection of individual rights post-Brexit but to the UK's reputation on the international stage; to European partners' understanding of our continued legal commitment to shared standards, and, perhaps crucially, to the domestic debate on the shared interests of the nations that make up the United Kingdom.

Commentators continue to highlight the conservative legacy of the ECHR.  However, the last Conservative manifesto was, at best, luke-warm. It is no secret that the Prime Minister would prefer to both repeal the Human Rights Act 1998 and withdraw from the ECHR.  While lobbying to remain in the EU, she stressed that this would be her priority over Brexit.  While campaigning for the leadership of the party, she reversed course.  Most recently, she confirmed that human rights reform would wait until a Brexit deal had been done, but committed to campaign on repeal and withdrawal in 2020.  Now, however, appears quiet speculation that the impending manifesto might go further than leave a door open to future reform.

Detailed comment on any proposed changes to the legal protection for human rights will need to await the publication of each of the parties' manifestos (or, indeed, the fast-approaching Queen's Speech).

The uncertainty for individual rights as a result of the unpicking of the UK's relationship with the EU has been well rehearsed (see, for example, Mapping the Great Repeal). Equally, the constitutional challenges posed by the unknitting of the ECHR from the devolution settlements in Scotland, Northern Ireland and Wales and for the Good Friday Agreement are transparent (see Rights, Liberties & Values: Always check the Label); Report on the effects of Repeal, Caoilfhionn Gallagher, Katie O'Byrne, Keina Yoshida). Negotiating a trade deal with the EU will require the UK to establish a broad equivalence in our legal commitment to individual rights.

Campaigning on withdrawal from the touchstone human rights treaty applied to every European State in and out of the Union - except Belarus - might be a move out of step with the Government's headline commitment to stability.

"The European convention on human rights is a vital document – written and championed by Conservative politicians after the atrocities of world war two – that promotes freedom and provides protection to people across Europe...Britain must remain a proud signatory of it." Ryan Shorthouse, Bright Blue.

Bright Blue is urging PM to stick to her position she held during leadership race on ECHR. @j9dob quoted in Guardian https://t.co/Z4wBsBCWRh

Bright Blue is urging the PM to clarify UK will remain a signatory to the ECHR after Brexit in the Tory manifesto: https://t.co/SDRUjKs2fb

PM urged to clarify stance on ECHR, as some Conservative MPs become "increasingly nervous" she will withdraw.https://t.co/XuLZ6oRpsa

“Something we’re going to need to keep an eye on”: Justice seen to be done?
Angela Patrick