Today's Guardianreports that, Professor Sir Simon Wessely, President of the Royal College of Psychiatrists, has raised serious concerns over the tiny sums spent in some parts of the country on mental health care for children and young people.  He says:

“It is a national scandal that opportunities to prevent mental illness from occurring in childhood are being missed because of unacceptably low investment. Our analysis shows that in many parts of the country, the proportion of money that NHS clinical commissioning groups are planning to spend on the mental health of our children and young people is negligible.”

The Royal College of Psychiatrists has analysed the spending on mental health care for under-18s by all 209 Clinical Care and Commissioning Groups (CCGs) across England and predicted future spending for 2016/17.  The results are available in full from their website, here, and a summary is provided in their press release.  The Royal College has also produced an online interactive map, so that the position in particular parts of the country can be quickly checked.

What is revealed by this data and analysis is a postcode lottery on children's mental health spending, with huge disparities across the country.  Some CCGs are spending as little as £2 per child, whereas others are spending over £135 per child.   Some of the worst CCGs in funding terms are:

In contrast, Birmingham South and Central CCG has allocated £135.85 for Child and Adolescent Mental Health Services (CAMHS), the highest sum across the country, closely followed by Corby CCG (£131.37) and South Tyneside (£126.76).

Despite these pockets of higher spending, however, the nationwide trends are extremely concerning.  25 CCGs have planned to spend less than £25 per head on mental health services for children and young people during 2016/17.  The Royal College also points out that their figures demonstrate that children and adolescents’ mental health is still underfunded when it comes to the share of NHS spending in many areas of the country: there are 52 English CCGs that are allocating less than 5% of their total mental health budget to services for children and young people.  This is despite the fact that one in every ten children aged 5-16 years has a diagnosable mental health disorder; and despite the fact that children under 18 make up a fifth of the population (21.3%).

(i) to assess the best interests of children affected by a decision (whether an individual decision or a broader policy-based decision which potentially affects many children);

(ii) to evaluate the possible impact of the decision on the child or children; and

(iii) to treat the best interests of those children as a primary consideration when other interests are being considered.

This is based upon the requirements of the UN Convention the Rights of the Child, Article 3, and General Comment 14 (2013) of the United Nations Committee on the Rights of the Child, on the right of the child to have his best interests taken into account as a primary consideration.  The link between Article 3, General Comment 14 (2013) and s. 11 was, for example, recognised by the High Court in R (WB and B) v. Secretary of State for Justice [2014] EWHC 1696 (Admin), per Mrs Justice Elisabeth Laing at para. 62.

The CCGs criticised so heavily today by the Royal College of Psychiatrists for the tiny sums which they are spending on children's mental health could find themselves facing a legal challenge for their failure to comply with the welfare duty under s. 11.  The "national scandal" highlighted by Professor Sir Simon Wessely (and he's right- it is a national scandal) today may well arise from many CCGs failing to comply with their legal obligations to children.  Specialist solicitors and children's charities who work with children in the areas at the wrong end of the Royal College's league table of spending should urgently consider whether to bring a judicial review against their local CCG.

NHS bodies are spending as little as £2.01 per child on mental health care for young people, despite the big spike in anxiety, depression and other serious problems among under-18s. Psychiatrists claim the small sums being spent by GP-led clinical commissioning groups (CCGs) in England constitute a national scandal at a time when youth self-harm and suicide are rising. 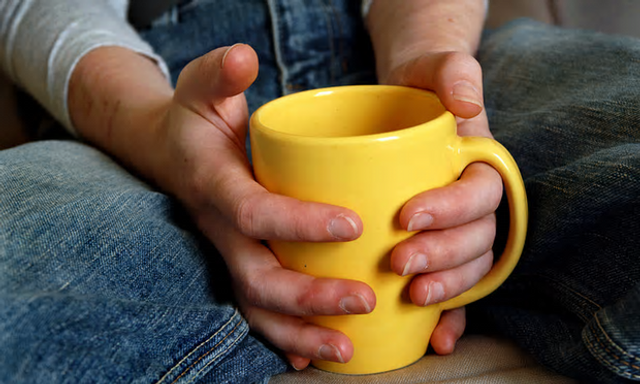 Scandal yes, surprising no: sign of entrenched discrimination against #mentalhealth in #nhs itself. https://t.co/p499x7San1

Why does @guardian talk about 'the "scandal' of child mental health service spending'. It really is a scandal. https://t.co/VoTTswshhz