This guidance arose as a result of a judgment by HHJ Mark Rogers, A County Council v AB and others [2016] EWCOP 41.

In that case AB was the subject of proceedings in the Court of Protection, brought by the local authority in the context of allegations that he had been abused by his parents, who were the second and third respondents in the application.  The case had been fixed for a fact -finding hearing.

AB had severe disabilities and impairments; but was able to communicate though not in a sophisticated manner.    He wished to attend court and tell his story.    The local authority had not intended to “call” AB to give evidence and both the local authority and AB’s parents considered it would be detrimental to him to do so and of no probative value.

The judge held that “to exclude P and prevent his participation other than at a relatively low level meeting with the judge is in general  a serious step and contrary in my judgment to the sprit of the Act”.

(1) the Litigation Friend has a pivotal role in the conduct of the litigation and should not be supervised or micro-managed by the Court;

(2) the Court nevertheless retains the ultimate power to dismiss a Litigation Friend;

(3) it follows in principle that a Litigation Friend can decide whether P attends a hearing and tries to participate;

(4) the Court has no general power under the Rules or case management powers to exclude P. Good practice suggests that a constructive dialogue between the Litigation Friend and the Court will be helpful and almost always will achieve practical consensus;

(5) the Court of Protection is governed by civil rules of procedure and evidence albeit that specific Rules in the Court of Protection have been made. As it is a dynamic jurisdiction it has immense flexibility. Whilst there are helpful parallels to be drawn between the approach in Children Act proceedings and Criminal proceedings I am not prepared to import Section 53 into this jurisdiction; that is in the end a matter for Parliament;

(6) the key provision however remains there already, namely, Rule 95(e), and the Court's ability to have information provided by P is wide and flexible;

(7) the Court however does have the residual power to make best interests decisions on the wider issues it raised.

(Rule 95(e) COPRs permits the judge to “admit, accept and act upon such information, whether oral or written, from P, any

protected party or any person who lacks competence to give evidence, as the court considers sufficient, although not given on oath and whether or not it would be admissible in a court of law apart from this rule.)

Careful adjustments were made in that case to facilitate P’s participation and these were described by Nicola Mackintosh QC the Solicitor who acted for P via the Official Solicitor in a guest post on the Court of Protection Handbook website.

The new guidance is required reading for all practitioners in the Court of Protection.  It follows logically from the requirement in COPR r3A for the court to consider in every case how P should participate.  It is refreshingly down to earth and practical.  In particular the guidance:

This guidance should significantly enhance P’s ownership of process the Court of Protection and his/her opportunity to take part at the centre of the case.

Charles J has recently issued guidance on facilitating participation of ‘P’ and vulnerable persons.   It is intended to allow sharing of good practice in the creative development of ways in which P can in fact be put at the heart of proceedings, and draws upon the important work done by the Advocates Gateway and also Nicola Mackintosh QC 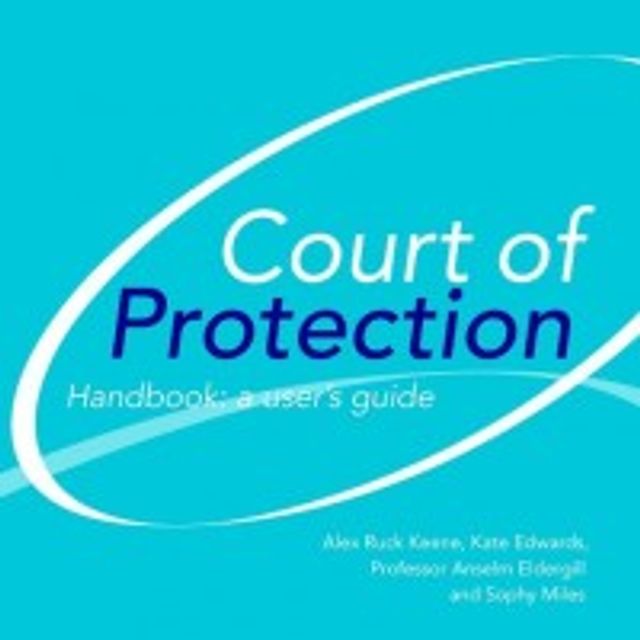 Capacity and sexual relations: Fallout from Re JB
Sophy Miles