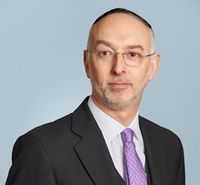 Paul specialises in criminal appeals. He has developed a particular expertise in cases involving fresh expert evidence, homicide, and offenders with mental disorders. (One of his current cases is a CCRC application challenging a murder conviction using experts to analyse CCTV footage, DNA samples and Gunshot Residue “GSR”.)

He regularly represents appellants before the Court of Appeal (Criminal Division) (being instructed at the appellate stage). Recently, he represented Minhas [2018] 2 Cr App R (S) 6 in an appeal against sentence in which the CACD considered the extent to which an applicant’s terminal illness was a mitigating factor when setting the length of sentence.

Paul has appeared as junior counsel before the Judicial Committee of the Privy Council, in capital and other appeals from the Caribbean. In January 2017, he led a team before the Privy Council in an appeal against a murder conviction from St. Kitts and Nevis in Philips v The Director of Public Prosecutions (St Christopher and Nevis). [Watch the hearing: Morning session; Afternoon session]

He has also extensive experience in drafting submissions to the Criminal Cases Review Commission, and representations in relation to the judicial setting of tariffs in murder cases under the Criminal Justice Act 2003.

Paul is the author of Taylor on Appeals (2000), the leading practitioners’ textbook dealing with procedural aspects of criminal appeals and review. He is editor and a contributor to the second edition (Taylor on Criminal Appeals) which was published by Oxford University Press in 2012. The book has been well received, with positive reviews, and it has been cited in judgements of the Court of Appeal (Criminal Division), Court of Appeal in Northern Ireland, Final Court of Appeal in Hong Kong and the Caribbean Court of Justice.

Paul has also written case commentaries for the Criminal Law Review and lectures on appellate matters in England and Northern Ireland. He has recently provided training in the Cayman Islands and Bahamas.

He is editor of the monthly DSC Appeals Unit bulletin which includes case commentaries on appellate cases from England and Wales, Northern Ireland and from the Caribbean. Click here to see previous issues.

Paul is licenced under the Direct Access Scheme and can accept instructions directly from members of the public in appropriate cases.

Paul’s listed cases have a hyperlink to the judgment where available. Click on the case name to access.

Welcome to the January 2022 edition of the DSC Criminal Appeals Bulletin.

The Bulletin is aimed at assisting those involved in appellate...